The King Legacy and the Black Genocide 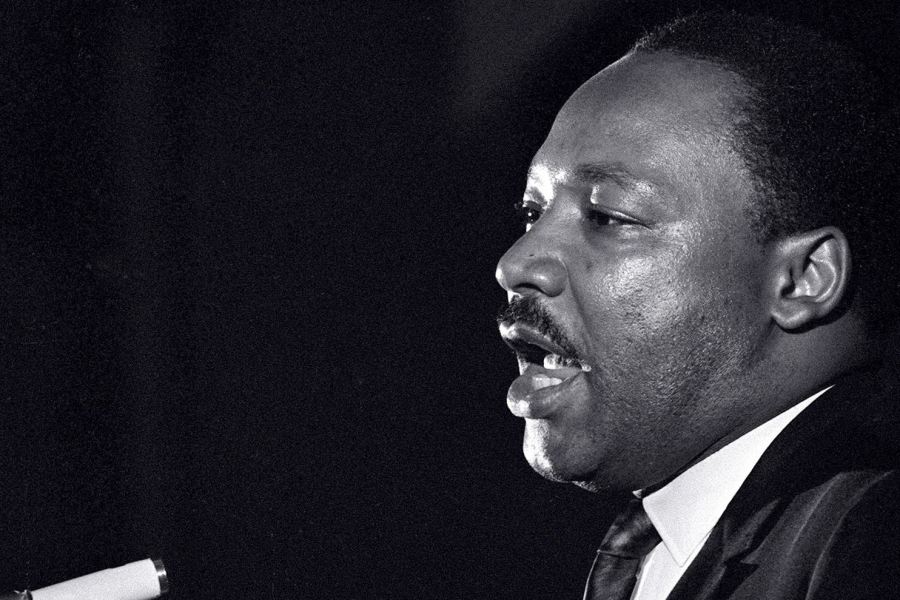 This past week, our nation observed two significant anniversaries. One — the commemoration of the birth of Martin Luther King, Jr. — was celebrated on Monday as a national holiday by hundreds of millions of Americans. The other — the 46th anniversary of the Roe v. Wade decision federally mandating abortion legalization — passed relatively unnoticed the next day, though hundreds of thousands had gathered in the nation’s capital over the weekend to witness against it in the annual March for Life. The apposition of these two occasions presents an opportunity to dig into the curious — and contradictory — role of King’s legacy in the life debate.

Pro-life leaders have long held up King as a model for the movement. At first glance, it makes perfect sense: His public affirmations of the rights of all people and his firm belief in the necessity of standing up in the face of evil align perfectly with the core tenets of contemporary America’s movement to end infanticide.

Their pro-choice opponents, however, take issue with this supposed right-wing co-option of a left-wing hero. Take, for instance, a 2013 article from “feminist self-parody” site Jezebel (that quip, sadly, is not mine, but Caitlin Dewey’s, as seen in liberal self-parody paper The Washington Post) entitled “Happy MLK Day: Your Friendly Reminder Martin Luther King Loved Planned Parenthood and Birth Control.”

There’s certainly some truth to these claims; King did repeatedly endorse birth control throughout his public career. In 1966, he even accepted the inaugural Margaret Sanger Award from Planned Parenthood. His acceptance speech, delivered by his wife, offered glowing praises of the eugenicist Sanger and a regrettable characterization of unwanted children as “a cruel evil.”

In spite of this, Alveda King, a leading pro-life activist and niece of the more famous Dr. King, insists that her uncle was pro-life and would oppose abortion if he were alive today. Her fervent belief about the elder King’s legacy highlights an important detail: King never actually spoke about abortion, and he was dead five years before Roe brought it to the forefront of American debate.

The closest he ever came was in one line from his “Letter from Birmingham Jail” commending the moral courage of the early Christians (contrasted with the lukewarm, secularizing church of King’s own day — “an archdefender of the status quo”): “By their effort and example they brought an end to such ancient evils as infanticide and gladiatorial contests.” As any modest combination of common sense and modern science will determine, a prenatal fetus is, by any coherent definition, a human infant. Applying even the most basic standard of consistency, it should follow logically that King would oppose the current epidemic of legal infanticide.

King may have supported contraception. I believe that he was terribly misguided in doing so, and we should not be afraid to accept that he was wrong about population control — or family planning, or reproductive rights, or whatever euphemism you prefer for the various evils aimed at the beginnings of human life — just like he was wrong about reparations, socialism, Vietnam and more than a few other things.

But it is a long and impossible leap from that fact to the assertion that he would support Planned Parenthood in 2019, after its true nature has been so plainly revealed. It is a corporation single-mindedly devoted to promoting abortion and undermining Christian values and the institution of the family. I find it hard to believe that the Reverend King, who so proudly recalled that first abolition of infanticide by the fathers of his faith, would embrace the return of that practice in the 20th century.

Important to discussions of King, in particular, is the demonstrable fact that Planned Parenthood and similar organizations do not slaughter indiscriminately. According to data from the pro-abortion Guttmacher Institute, black children are 2.7 times more likely to be aborted than white children. According to the pro-life Life Issues Institute, 79 percent of Planned Parenthood clinics are located within walking distance of minority neighborhoods.

One key line of King’s 1966 Planned Parenthood speech is overlooked by Sanger enthusiasts: “[African-Americans] do not welcome any solution which involves population breeding as a weapon.” Anyone familiar with Sanger knows that she pursued family planning as exactly that: a weapon for population control, which is itself a very poorly veiled euphemism for eugenics. Her writings are riddled with references to poor and minority children as weeds that need to be pulled out. Her status as a eugenicist is well-established and, in fact, two of King’s co-recipients for that award were eugenicists as well.

Sanger prepared for the possibility that suspicions might arise about her motivations. In a 1939 letter to fellow eugenicist Clarence Gamble, she wrote, “We do not want word to go out that we want to exterminate the Negro population, and the minister is the man who can straighten out that idea if it ever occurs to any of their more rebellious members.” Sanger found her ideal minister in King, who joined her in promoting family planning — which, in reality, meant family disintegration — to black America.

Sanger’s methods have become widespread, but the eugenic utopia she foresaw — “the blooming of the finest flowers” expected to follow the extirpation of the human weeds — has proved a pipe dream, and a malicious one at that. The corporation she founded relentlessly targets black women in the United States in attempts to cull the population of impoverished African-Americans. It has apparently never occurred to that corporation’s leadership that the destruction of the family, which it helped to bring about, is one of the leading causes of the current condition of America’s poor and suffering, both black and white. Its international affiliates are even engaged in concerted efforts to force abortion onto African women who are overwhelmingly pro-life — a project whose racist and eugenicist overtones cannot be ignored.

In pre-Christian Rome, the father of a family could choose to leave an unwanted child out in the wilderness to die. This practice is now recognized universally as barbaric, but the only difference between Roman infanticide and American abortion is that we shroud our practice in medical language and pretend that we have shifted responsibility to women, presenting our barbarism as feminism, and even as healthcare.

The old infanticide has been resurrected on a massive scale over the last century. The unwanted babies of Sanger’s vision were entire sections of American society slated for destruction — poor and black children chief among them. The ongoing genocide that has resulted from her eugenic ideas and endeavors is a worse evil than even any that was perpetrated in the time of Martin Luther King. Nearly 20 million black children have been aborted since the Roe decision in 1973 — roughly as many people as half the entire current African-American population.

At the end of the famous 1965 march from Selma to Montgomery, King asked the gathered crowd how long the injustices would continue. His answer: “Not long, because no lie can live forever.” It is long past time to kill the worst lie of our age — one which even King himself fell victim to — and in so doing bring an end to the most despicable of those ancient evils.