Who is Harry Gauzman? An investigative report

“Most universities have traditions that carry on and are passed down. Some live on forever and some fade away with the times, like Gauzman." 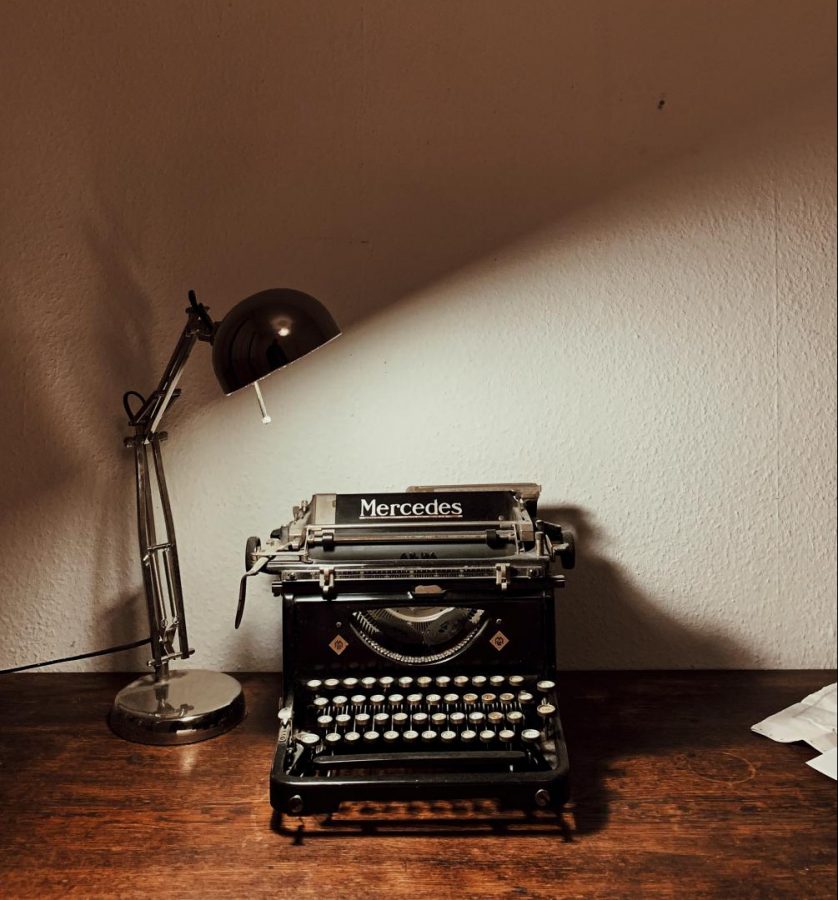 While Gauzman never attended John Carroll, his name lives on in writing, solidifying his JCU legacy. (Photo by Yusuf Evli on Unsplash)

Harry Gauzman is a name surrounded by mystery in the JCU community. He was known as a popular writer for The Carroll News, but no one on campus at the time and no dust-covered records can place Gauzman ever in attendance at John Carroll. Some wonder if his name was simply an alias for his writing or, perhaps, if the intentions behind these rumors are far more sinister than they appear.

The first recorded instance of Gauzman is his appearance in a Feature Staff accreditation in 1948. After that, Gauzman began writing sporadically for The Carroll News. In 1957, he won a sports photography award from the Ohio Collegiate Press Association. Yet, no one could place a face to the name.

“Gauzman took things to extraordinary lengths,” Davie Vitatoe, executive director of alumni relations and host of “For the Greater Glory of Pod” said. “We joke that before there was Mad Magazine, or The Onion, there was Harry and he belonged to John Carroll University. [He was] elusive, satirical, connected, and legendary.”

For decades, Gauzman’s articles continued to emerge, many of them satiric. He wrote a critical review of a student film in 1968 and his own inspirational love story in 1977. He began writing full-page feature stories during the year of 1974, and he was promoted to the sports editorial position in 1976. Somehow, Gauzman was reported to know inside information that was only revealed to faculty or certain community members. With this intel, he would create vast spreads on breaking news that jarred the campus.

“Gauzman was a humor column, and it was up to the editor-in-chief as to what those stories would be,” Professor Joe Miller ‘59, a previous advisor to The Carroll News, stated. “As long as they followed the University guidelines, they were okay with me. And sometimes, Harry published information that nobody knew. The dean would call me up and say “how did you know this?” And I would say “that was all Gauzman.” I would always say I don’t know Harry, and they would have to go to the editor. Then the editor would say they would pass on the concern. They knew who Harry was. Gauzman represented a strain of interest for students who picked fun at students and issues at the university.”

Gauzman wrote consistently for The Carroll News for many years. He continued to report on happenings, such as the appointment of the newly elected President of John Carroll, Henry F. Birkenhauer in 1970 and he uncovered the mystery of the underground tunnels below campus. An editor’s note on one of Gauzman’s stories stated: “Mr. Gauzman has been a feature writer for the News for approximately thirty years (and has received no promotions). Everything he writes is best taken with two grains of salt. There is no substance to the rumor that Gauzman will never graduate.”

Gauzman’s name was on dozens of reports for years with no sign of an actual student behind the facade. For years, he was cited as a member of The Carroll News staff, but no one saw him anywhere, other than ink in the news.

“I always loved hearing the stories my Uncle Jim (Jim Mackey ‘71)  would share about his time at Carroll and imagining what campus was like at that time,” Kathleen Mackey ‘20 told The Carroll News. “When he learned that I was becoming involved with The Carroll News, he always told me to ask around about Harry Gauzman – the campus legend that floated around and [wrote] Carroll News articles during his time as a student. One day, during my sophomore year, I finally set aside some time to dig through the archives to search for this legend myself. It took me about a half hour or so, but sure enough, he was there! When I brought the copies to show him, he was so excited and it was so much fun to take a trip down memory lane with him to his time at Carroll.”

In 1979, the students and faculty at JCU began to question the existence of Harry Gauzman, who had remained a student for decades and continued to write for the paper while doing so. Joe Fisher wrote an article for The Carroll News titled “Harry Gauzman — Fact or Fiction” where he stated, “Some people, as the saying goes, would be late for their own funeral. But in the case of Harry Gauzman, he was — and still is — late for his own dedication.” Ironically, an article by Harry Gauzman was placed right beside Fisher’s on the same page.

Other reporters throughout the years continued to question the identity of the mysterious author. Gauzman wrote his last article for the paper in 1989. However, in 1992, Gauzman was cited as the JCU psychiatrist in an article titled “Music fans: welcome to the jungle.” Yet, this was an April Fools Day edition of the newspaper, so the citation was never meant to be valid.

Yet, this mystery ends at the cold, hard facts behind Gauzman, or rather Al Bieshada. Bieshada ’53 is credited with the creation of the legendary Gauzman. Gauzman was recognized as Bieshada’s alter ego, and the person who took the blame for his campus troubles.

Bieshada was a World War II veteran who came to John Carroll with a loud sense of humor. Rumor has it that the name Harry Gauzman was coined after Bieshada looked at a fellow injured soldier and called him the “gauze-man.” From then on, he taught the library staff how to avoid their duties by shifting the blame to an imaginary worker named Harry Gauzman. The name stuck, and Bieshada took his comedic talents to The Carroll News.

“Early in my time at John Carroll, there was an article by Harry Gauzman,” Daniel Sansone ‘74, a past writer for The Carroll News said. “There would be a couple people for The Carroll News who would ghost write the articles. The premise was that Harry was always six credit hours from graduating and he would have to go back. The articles were predominantly campus spoofs. He would purposefully butcher names and the articles would pick up current events and write the articles through the eyes of Harry Gauzman. We always said “poor Harry, can’t graduate because of this and that, had to see Fr. Barkenbite,” and all that.”

Other people carried on the alias for years as Gauzman, but many wished to stay anonymous. Sansone told The Carroll News he helped co-write many of the Gauzman stories between 1973 and 1974.

“My last year at John Carroll, the editor and I wrote the Gauzman articles together,” he stated. “Her name was Kathleen O’Neil. We would sit down right before the damn thing had to go to press and we would brainstorm and sketch a concept together. I bet Kathleen and I wrote damn near all of them. In the ’74 yearbook, we put something in there about Harry Gauzman. There was never any attempt to be serious with him. We used him if we wanted to make fun of something… like if the food service was terrible then we said Harry is gonna write about it. We made up all of it. He was just this goofy guy always getting into something. We even had nicknames for all of the faculty and staff and we tried to do it in a non serious way.”

As time passed and students came and went from JCU, Gauzman and his satirical writings seemed to be a stone-set facet of the paper and John Carroll as a whole.

“In the middle sixties to late seventies, Harry was a priority at The Carroll News,” Miller said. “Then he went away. There were attempts to revive him. Harry became kind of a campus legend. But, there became no one who had that objective sense of humor so he passed out of existence. He was like a will-o’-the-wisp.”

According to the late Chris Wenzler ‘90 on the Podcast “For the Greater Glory of Pod”, “Gauzman was fazed out because [the university] was ramping up its legitimacy. The Carroll News used to be a social newspaper, and we were getting away from the lighter stuff. The paper was a resume builder. No one took up the Harry Gauzman mantle because each staffer was invested in their own advancement.”

“Most universities have traditions that carry on and are passed down,” Vitatoe said. “Some live on forever and some fade away with the times, like Gauzman. The goal of our podcast is to archive these stories and celebrate JCU traditions past, present, and future through the words of those who lived them. Harry Gauzman is a big part of JCU lore.”

Although Gauzman was not a terrifying apparition or deep-seeded delusion, his legacy lives on as the rumors of his existence continue to prowl the campus. For a short time, there was also a lounge under the administration building with his namesake on campus. Maybe it was removed because Gauzman finally “graduated” (or so we think).

*For more information on the legend of Harry Gauzman, listen to “For the Greater Glory of Pod” season one episode six “The Onion of JCU.”