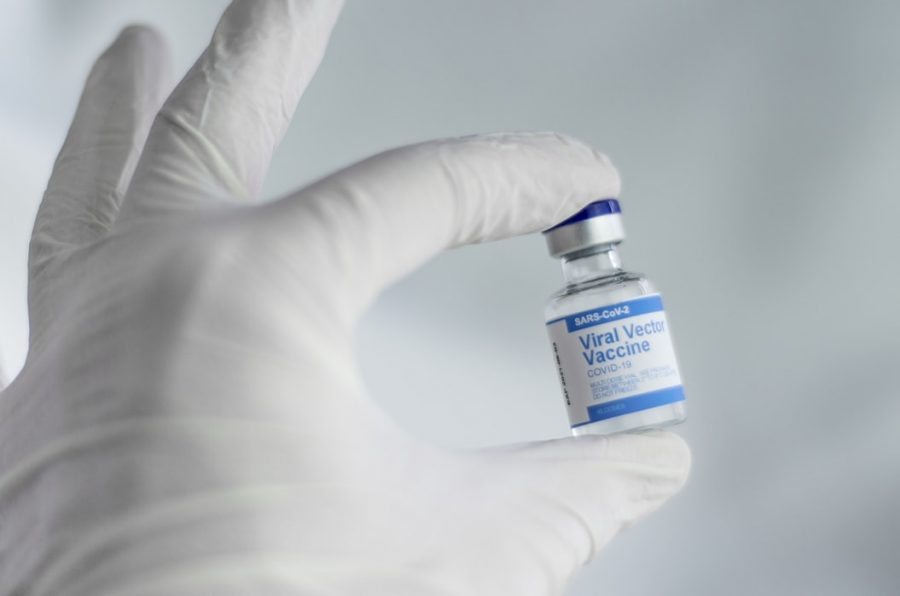 Faculty and students at JCU are polarized over the vaccine mandate, creating a rift in the community.

On Aug. 27, John Carroll University announced that all students must be fully vaccinated by Nov. 15. This announcement quickly followed the FDA approval of the two-dose Pfizer vaccine on Aug. 23. Through a letter to the community, President Al Miciak stated that students need to report their vaccination status to the student health center and faculty need to send their information to the Department of Human Resources unless they have a religious or medical exemption. Those who do not comply will receive increased surveillance testing and be subjected to more intensive quarantine procedures.

While the JCU vaccine requirement came early in the school year (to the surprise of some students and faculty) John Carroll is considered late among other universities. According to BestColleges.com, over 700 universities, both private and public, currently require students to be vaccinated against the coronavirus with some schools like Cornell and Rutgers having announced their mandate as early as April. As of Aug. 30, Forbes reported that over 90% of faculty and staff at Ivy League schools are vaccinated with repercussions in place for those who decline the vaccine without proper exemptions. Nationally, BestColleges.com reported that schools like The University of Virginia disenrolled hundreds of students who refused to be vaccinated. Other universities mandating the vaccine are having unvaccinated students and faculty attend class remotely.

Besides JCU, other schools in Ohio like Kent State University and Case Western University have started mandating vaccines. However, many other Ohio universities like Baldwin Wallace are only recommending the shot, not requiring it.

JCU’s mandate surfaced just as students commenced their first in-person semester since the start of the pandemic. On Aug. 9, the University instituted a mask mandate for all indoor areas on campus. Two days prior, a few populations of students began arriving on campus for the school year and the number of on-campus residents began to increase.

“Students are very happy to be back on campus,” Sherri Crahen, the dean of students, told The Carroll News. “The faculty are very happy students have returned. The activities we have planned are all intended to help our students feel welcomed back. The response was really good. The overall vibe on campus with students is positive.”

While many members of the community are on board with the mandate, some students and faculty have criticized the action both in person and online. On campus, Turning Point USA have gathered to protest the mandate. On Facebook, John Carroll’s mandate announcement post has faced both backlash and praise.

“There are over 800 [reactions] to the post,” Crahen continued. “Most have reacted positively. There are some people who disagree and express their opinions. We know not everybody would agree with this decision. We want to keep our community safe. We are just trying to create a safe environment for our community. They are [polarized]; some of what I have heard is that they feel there was not time to develop the vaccine. They would compare it to other vaccines. I think that is the major issue for those who are against. They also don’t want the government telling them what to do.”

Those in favor of the vaccine mandate on campus have applauded the University  for its decision. Many responded to the University’s Facebook post positively, stating that the decision was well thought out and that they were proud to be alumni.

James Lissemore, a biology professor at JCU and co-director of the population and public health program, stated that he supports the vaccine mandate because he wants to protect the “health and safety of the community.”

“I’m thrilled that Dr. Miciak, the leadership, and the University have made the decision to require the vaccine,” Lissemore stated. “Yeah. It’s all about moving forward now. There is no point in going back to litigate what might have been…I’m thrilled that we have the vaccine requirement, and it’s going to be good for our community, for sure. And good for the larger community as well beyond John Carroll.

“I feel because I have this background and I am co-coordinator of the minor in populations and public health with Dr. [Medora] Barnes, I feel an obligation to speak up by virtue of my background. I’ve followed it [the virus] very closely. It [the vaccine requirement] is the right thing to do. Hundreds of other universities and colleges have done this. Employers are doing it now and increasing numbers of employers. This is not an area that is under active debate of scientists, or even most civil liberty attorneys. It’s settled law because the community has a right to not be infected by infectious diseases. And so, yes, vaccine requirements do violate people’s autonomy, no question. There are zillions of things like that. You must pay your taxes. There are all kinds of limits on our autonomy. Requiring vaccines is a serious step, but this has been going on since the 1850s.”

Besides faculty, there are also a number of students who have been vocal about the mandate.

“The more people who are vaccinated the less likely and less severe the effects of any infection from the delta variant will be,” Logan Sindone ‘24, president of the JCU College Democrats, stated. It’s the right decision and it’s a responsible decision for the leadership of JCU to make. We are a community. We live together, we eat together, and we study together. We have a responsibility as individuals to get the vaccine but the academic institution of JCU, as a private institution, has not only a right but a responsibility to mandate vaccination.

“John Carroll may be small, but it, like every other University in the state and across the country, has a significant role to play in ensuring herd immunity and taking the health of its students, employees, and their families into account. Too many people have been lost over the last year and a half, we as a community cannot drop the ball now.”

However, many opponents of the decision  have raised concerns about the mandate. Anthony Tarescavage, a psychology professor at JCU, was alarmed at the lack of faculty involvement with the decision.

“My first reaction was that I was disappointed that the decision was made without getting input from the people who are affected by the decision, right,” Tarescavage told The Carroll News. “You know, I know the faculty were not asked about this decision, I’m assuming the staff and students were not. And in my perspective…one important aspect of making a decision that affects a large group of people is getting their input on that decision.

“I don’t think that the situation we’re in right now with COVID cases warranted a decision this quickly without thoughtfully considering and comprehensively considering input from others,” Tarescavage continued. “I think that one consideration that I don’t know if it was considered or not, is making this sort of decision during a semester, I mean, basically, as the semester has begun, it makes it very difficult for people who don’t want to get vaccinated to now find another school to go to. It’s just that it can be very disruptive for some people who are not going to do it [get vaccinated].

“I’m not saying that vaccines are not important or effective. That’s not at all what I’m saying. My issue is forcing people to get vaccinated. And to force someone to do this, when there are people who feel quite strongly that they do not want to do this, is unnecessary.”

There is also a portion of the student population that disapproves of the vaccine mandate.

“I believe that mandating this specific COVID-19 vaccination is neither scientifically logical nor morally ethical for several reasons,” Sofia Dicillo ‘22, president of the JCU College Republicans and Turning Point USA, stated, “When we look at John Carroll specifically, the mandate was announced immediately after our student tuition bill was due for the fall semester. This is already an unethical action, as students may have withdrawn from the University altogether had they been informed of the mandate sooner.

“From a moral perspective, I have had countless students, faculty and staff members express their concerns regarding not receiving an exemption from the University mandate. As a Jesuit, Catholic institution ‘committed to academic rigor, inclusive excellence, and care for the whole person,’ the decision to mandate this vaccine and not accept every single exemption is beyond unethical: it is immoral and contradictory to every value and tradition this wonderful university was founded on.”

A survey, organized by Tarescavage and fellow JCU psychology professor Thomas Frazier, was sent to staff and faculty members after the vaccine mandate announcement, asking respondents  how they feel about the requirement. The results were shared with the community on Sept. 10. The survey found that 311 respondents  strongly or somewhat supported the mandate while 72 strongly or somewhat opposed the action. Comments collected in the survey ran the gambit, with some proposing compromises on enforcing the mandate and others encouraging the expulsion of students who do not receive their shot by the Nov. 15 deadline. Some were harsher, with one respondent criticizing the mandate, suggesting that it will turn JCU into a “police state”. Other respondents proposed a variety of solutions like offering health clinics or having weekly testing for those who do not want to be vaccinated.

Currently,  Crahen estimates that 62% of undergraduate students are vaccinated and for that number to climb. She also stated that new vaccination incentives like the free $15 Panera Bread gift card may emerge as “records improve.” However, it is unknown how the community will evolve as the vaccine deadline approaches.