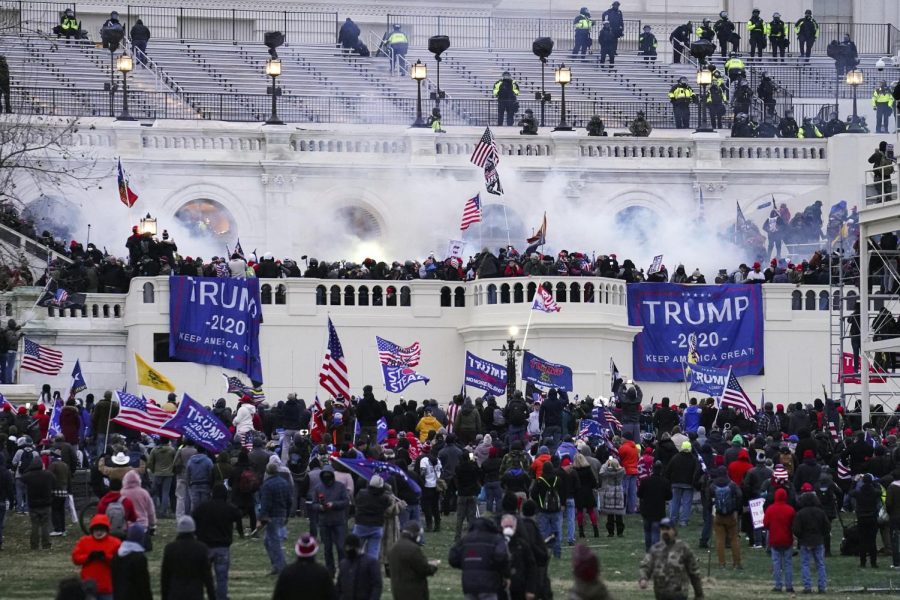 In this Jan. 6, 2021 file photo, violent protesters, loyal to President Donald Trump, storm the Capitol in Washington. A House committee tasked with investigating the Jan. 6 Capitol insurrection is moving swiftly to hold at least one of Donald Trump’s allies, former White House aide Steve Bannon, in contempt. That's happening as the former president is pushing back on the probe in a new lawsuit.

The Jan. 6 commission, a select committee investigating the riots in the U.S. Capitol, has progressed through different inquiries. The committee is searching for documents and information on former President Donald Trump’s movements for the day of the riots. In addition, the committee has submitted subpoenas and called on several different people to testify. One of these individuals is Steve Bannon, former chief strategist of the Trump Administration. However, Trump has pushed for his former advisors to ignore the subpoenas and not cooperate with the investigation.

However, Bannon’s attorney has stated that Bannon will not participate or acknowledge the subpoenas. He has missed a deadline to turn over files and other relevant information regarding the riots. This is another point of contention between the committee and the former president and his advisors. As a result, the House voted, 229-202, to hold Steve Bannon in contempt for his refusal to follow the subpoenas. This moves the issue to the Justice Department, which can decide whether to prosecute Bannon. If this occurs, a massive legal battle will ensue between the current administration and the former president and his advisors.

This new legal battle is being waged with Trump issuing a lawsuit against the chairman of the committee, Rep. Bernie Thompson of Mississippi. This was done by the former president in order to attempt to block the committee from further investigations that led to the riot. Trump is invoking executive privilege to block these reports. The legal battle will determine how much information will be allowed to be investigated regarding the riots.

The issue at hand is whether or not executive privilege is able to be used by the former president. Elizabeth Stiles of John Carroll’s Political Science Department said, “Executive privilege is qualified, not absolute…with the Nixon administration, the Supreme Court decided unanimously that need outweighed privilege and he wasn’t able to keep his documents privileged.” This means that privilege will not protect the former president for much longer. Stiles also mentioned that, “If the DOJ decides to go after [Bannon], then he’ll be arrested.” Therefore, this situation could intensify in the upcoming weeks.