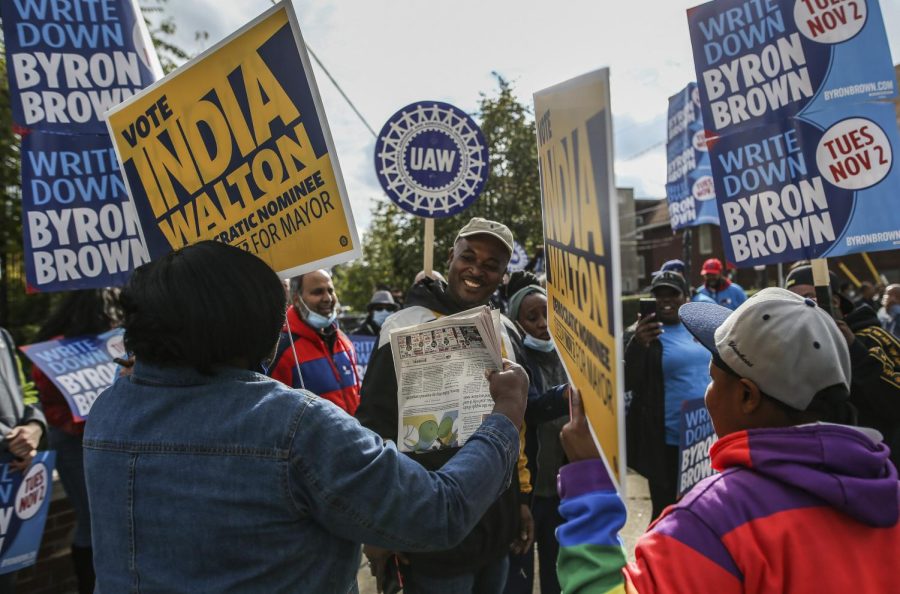 Byron Brown has been the Mayor of Buffalo, New York since 2005, and was largely seen as untouchable going into 2021. However, his longevity in the office started to come back to haunt him: namely, his perceived defending of two officers who pushed a 75-year-old Black Lives Matter protester to the ground, as well as numerous corruption scandals. However, being an electoral juggernaut in the state, Brown was confident in his chances. Cut to late June, where, in a stunning upset, nurse and democratic socialist India Walton won the Democratic nomination for mayor, defeating Brown. Seeing as there was no Republican candidate, Walton was a shoo-in to become Buffalo’s next mayor, a badly-needed win for the left.

This would not be so, as Brown has declared victory to his fifth term as mayor via a write-in campaign. Immediately after his primary defeat, Brown toyed with various methods, including starting his own party to get on the December ballot, which was later rejected. He would later lobby for a spot on the ballot as an independent, which would be granted by a judge. However, this decision would later be rescinded as well, leaving it to look like Walton would indeed cruise to victory,

However, Brown would ultimately mount a write-in campaign, campaigning as normal and urging supporters to write in his name for mayor. As of the time of this writing, it appears to have worked, as Brown declared victory late Tuesday night, leading Walton 59% to 41%. Walton thus far refuses to concede. Brown’s victory can largely be attributed to his name recognition over the newcomer Walton, his retention of labor support, and even the help of local Republicans, something Walton criticized greatly.

Do note that, due to Brown running a write-in campaign, no winner will be formally declared for some time, as each vote needs to be checked and tallied carefully, as one cannot assume every write-in is for Brown.

With a sizable number of John Carroll students hailing from Buffalo, this election should be of great interest, as it marks the continuation of a local powerhouse in spite of a successful backlash. While no winner has formally been declared, it appears that Byron Brown will continue to serve as Mayor of Buffalo.