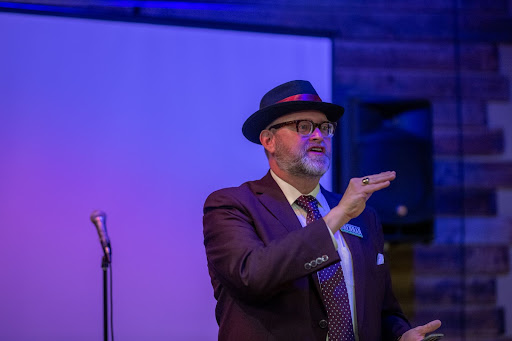 Editor’s note: Aiden Keenan worked as the student outreach director on Mayor Brennan re-election’s campaign. He did not work for Brennan at the time of this writing, and The Carroll News retained complete editorial control at each stage of writing and editing.

Brennan relied heavily on successes from his first four years, adopting the campaign slogan, “We’ve only just begun.” Looking to the future, Brennan hopes to complete the University Square renovations, work to improve the recycling program and revise the zoning code. First, he argued that University Square used to be a bustling part of the city. Now, it barely holds a Target and Macy’s. The Mayor and Council have hopes to revitalize the space, welcoming more businesses and amenities. In regards to recycling, the Mayor recognized in his victory speech that University Heights is one of the most expensive — yet most inefficient — recycling programs in Northeast Ohio. Finally, he recognized the outdated nature of our current zoning code. Working with the Council, he looks to integrate areas of the city, shifting away from the “this-or-that” nature wherein various zones can have either purely residential buildings or purely commercial buildings.

Brennan shifted his vision to the future. Alongside the newly-elected Councilmembers, Brennan looks forward to bringing change and positive growth to University Heights. He said, “…[Voters elected] a platform of progress… a platform of moving the city forward… creating the University Heights that we will have for decades to come… ”

As always, the Mayor will be working alongside the City Council, including three newly-elected representatives. Brain King, Chris Cooney, and Sheri Sax earned enough votes to earn a spot in the three open seats this year. King spoke with The Carroll News the morning after the election. Looking back on the campaign, he said, “I am grateful for the support of the residents of University Heights. The aim of my campaign was to present a positive message about our city, and how we could make it an even better place to call home. Conversations with neighbors informed my priorities of the thoughtful redevelopment of our limited land resources, adoption of smart city technologies for data-driven decision making, and embracing sustainability to combat climate change at the local level.”

King told us, “I am looking forward to finding common ground with my new colleagues on council and the city administration. I will be joining the ongoing discussions regarding the redevelopment of University Square, the comprehensive re-zoning of the city, and setting the budget for 2022. We’ll also get to work standing up a citizens Sustainability Committee. Additionally, I’ll be working closely with the Technology Advisory Committee on efforts to modernize our city’s systems.”

Speaking specifically about his interactions thus far with JCU students, King said, “Additionally, I attended the October 18th meeting where Max Malley introduced himself to the City Council during public comment and conveyed the interest of students to engage with the city. I was extremely impressed with his outreach, and he was well received by the council. I look forward to exploring ways to involve John Carroll students in the community and government.”

During his speech, Brennan discussed the seamless transition that he anticipates while moving into his second term. He said, “Tonight we have been celebrating the future of the city. The future is bright… and we’re going to get back to work… maybe not first thing in the morning, but I’m going to be there tomorrow. It’s just another day at the office for me tomorrow. And I’m looking forward to that.”