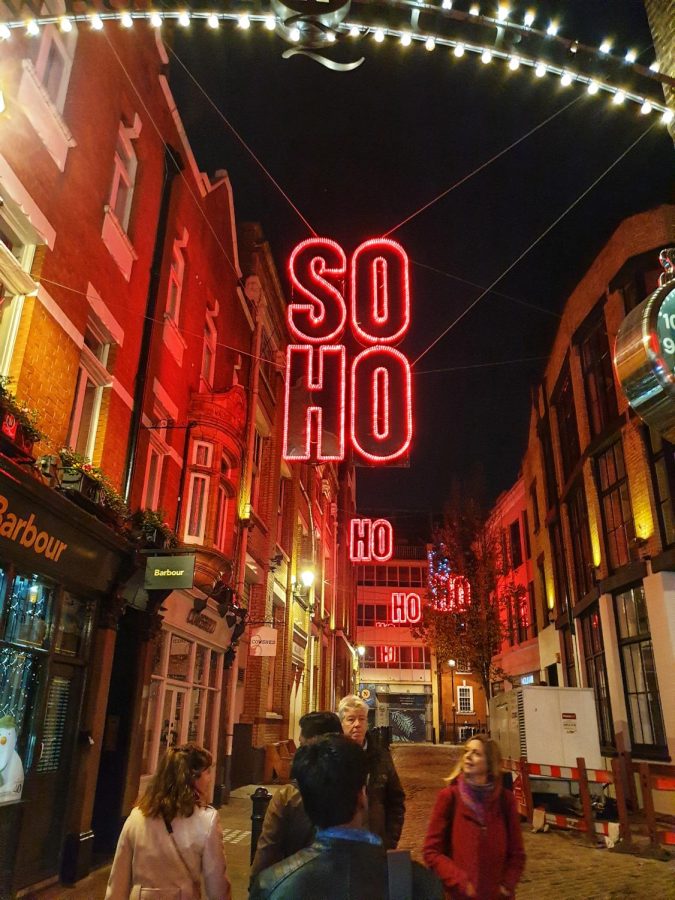 London in the 1960s is alive and well again in Edgar Wright’s newest film “Last Night in Soho.” The acclaimed director of 2016’s “Baby Driver” and 2010’s “Scott Pilgrim vs. The World” brings his signature style of fast paced editing and creative visuals to this movie, which is perfect for fall.

The story revolves around Eloise, played by Thomasin McKenzie, who was just accepted to study fashion at the London College of Fashion. Ellie, as she is also known, is an avid lover of the 1960s, and after some trouble with her roommate, she decides to move into an apartment. As she goes to bed each night, she is taken back to London during the 60s and follows Sandie, played by Anya Taylor-Joy. Sandie is an aspiring singer who falls in love with Jack, Matt Smith, and their relationship takes a turn for the worst as Ellie starts to see these “dreams” in her real life. With every passing night, Ellie slowly learns more about Sandie until a gruesome murder occurs, causing Ellie to see more of the past while her future begins to crumble around her.

Thomasin McKenzie, best known for her role in 2019’s “Jojo Rabbit,” does a good job of effectively portraying fear and nervousness, but those are the only emotions that she gets to use in the film. By the end, it becomes too repetitive to watch her react to something the same exact way she did the scene before. Anya Taylor-Joy is one of the central characters, but we only learn the most surface-level details about her which makes it hard to sympathize with her at certain points. For the most part, she is just there to dance, sing, and look absolutely stunning in the costumes designed by Odile Dicks-Mireaux. The soundtrack for “Last Night in Soho” is full of classic hits from the 1960s like “I Got My Mind Set On You” by James Ray and “Wishin’ And Hopin’” by Dusty Springfield. It was a treat to hear all of those absolute bangers throughout the course of the movie.

It comes as no surprise that the atmosphere created by Wright is so intoxicating and fun to watch. Every red, neon flash from the sign outside our main character’s apartment sucks you deeper into the atmosphere of the film. As the viewer becomes more invested in the events unfolding onscreen, it comes as a great shock when the movie pulls a twist in the vein of an M. Night Shyamalan movie. Sadly, its twist was the worst part of the film. The trailers promised a thriller/mystery, but delivered more of a slasher-style horror movie. The first hour of the movie did a great job of hooking the audience, but the last act failed to continue the story in a satisfying way when it turned into a completely different genre upon the plot twist.

“Last Night in Soho” may have faltered in the last act, but, despite the sloppy resolution, it was a lot of fun to watch. The music made even the most dull aspects of the movie at least enjoyable to listen to. One major theme of the film is that nostalgia is unfounded, especially considering that the main character was not even alive during the time period she has such a fixation on. This idea provokes an interesting thought and a great discussion can be had on this topic.

On a cold, dreary Friday night, grab some friends and go see “Last Night in Soho” to see why and how nostalgia might affect you. “Last Night in Soho” was released into theaters on Oct. 29 and will not be available to stream until after its initial theatrical release according to Collider.