Column: At the world’s edge 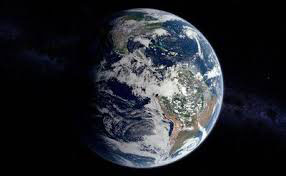 Look at any map of the world. Seriously, I’ll wait. Find the eastern tip of Africa, which juts out into the Indian Ocean. Find the country south of Yemen and east of Ethiopia and Kenya. What is the name of this country?

The answer, obviously, is Somalia, right? Look closer at the map. Does it present Somalia as a single contiguous entity, with borders, rivers and cities as any country has? Yes? Well, you have a poorly made map, my friend, and perhaps you should invest in a more expensive one rather than that old scraggly map that cost you $5.

On any given map or globe, Somalia is presented as a single, united country. How this is, or why this is, I can only guess. Somalia is one of the most disunited nations in the world, so to present it as such on a map is disingenuous and a disservice to the millions of people who live there.

In reality, which is always more complicated, Somalia is fractured into various component pieces, each of which claims a different level of legitimacy. Generally, there are four governments that control various parts of the country.

There is Somaliland (confusingly named, I know) which controls the northwest panhandle. It claims to be a sovereign state, and has the government and military institutions to support that claim. Despite this, no sovereign state recognizes Somaliland’s independence. Then there is Puntland, a regional government occupying the northern “neck” of Somalia. It doesn’t claim to be independent, but merely an autonomous state of a federal Somalia. Then there are large swaths of land in the southern part of the country controlled by Islamist groups, the largest of which is al-Shabaab, almost universally recognized as a terrorist organization. In the parts of the south not controlled by Islamists, including the capital Mogadishu, the Federal Republic of Somalia — the official, recognized government of the entire country — holds power.

Each of these governments has its own institutions and armed forces (some more organized than others) and they all have overlapping claims to different pieces of land. The Federal Republic of Somalia, despite controlling only about a third of the country, is recognized by the United Nations as the sole legitimate government for all of Somalia.

It wasn’t always like this. As recently as the late 1980s, Somalia had a functioning and stable (albeit communist) government. As authoritarian rule began to wane and as civil wars in neighboring countries began to destabilize the region, Somalia collapsed. Today, it is often classified as a “failed state,” since its institutional legitimacy fails to stretch over the entire country, and its government does not possess a monopoly on the legitimate use of force across its entire territory.

It is frustrating to see this blatant oversimplification (if we’re being charitable) on world maps because it trivializes the history and political situation of this country. The true story of Somalia is left untold, and is therefore misunderstood by most Americans, whose knowledge of Somalia probably ends at “Black Hawk Down.”

I am not saying that changing a map will fix the 30-year-long political crisis in Somalia. What I am saying is that it will help us better understand, sympathize and appreciate the complicated history and realities of this beautiful, but troubled, country.