Blue and Gold lose to Otterbein in Westerville 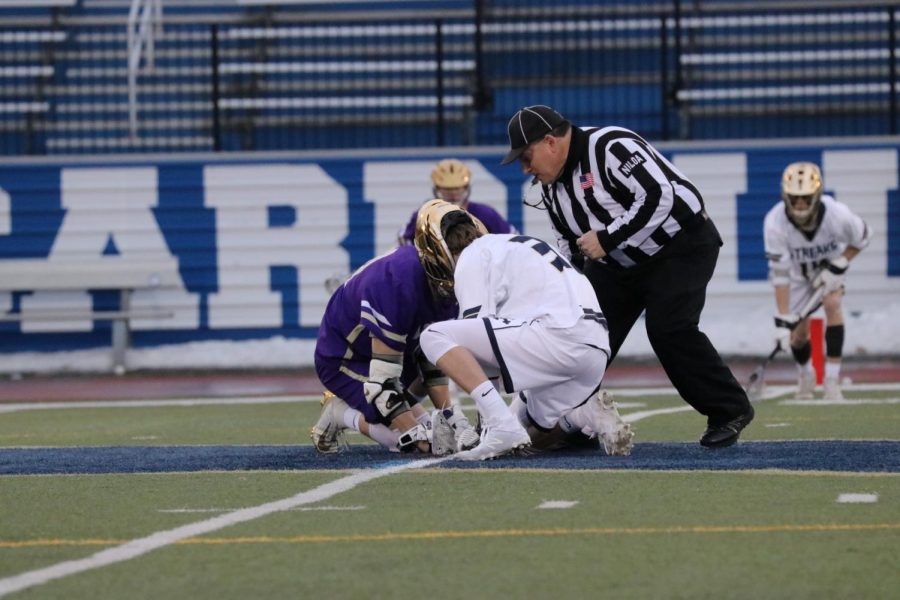 Saturday March 30 would not be the John Carroll men’s lacrosse team’s day, as they lost a hard fought 14-9 battle against their Ohio Athletic Conference rival, the Otterbein Cardinals.

The Blue Streaks would draw first blood on the scoreboard, with junior attack Skyler Blake scoring the first goal of the contest.Otterbein though would respond quickly, reeling off three straight goals to end the first quarter of play.

In the second quarter of action, Otterbein would continue to keep their offense rolling scoring seven goals. With Otterbein firing on all offensive cylinders, it would be the play of junior midfielder Colin Corcoran to would make his presence felt scoring two goals to help keep the Blue and Gold afloat.

Heading into halftime the Blue streaks would still be within striking distance only being down five goals.

While the Blue Streaks played much better in the second half, the goals they allowed in the first half would be too much for them to ultimately overcome, resulting in their 14-9 loss to Otterbein.

Even in a loss there is a lot for head coach Joe Rautenstrauch and his team to be excited about.

Corcoran had a big day offensively leading the Blue and Gold in scoring with three goals. The dynamic duo of attackers senior Patrick O’Grady and sophomore Logan Collins would both chip in two goals apiece. Freshman defender Charles Shaver served as the grunt man picking up three ground balls.

Next up the John Carroll men’s lacrosse team will look to rebound against their OAC rival the Baldwin Wallace Yellow Jackets on April 3.