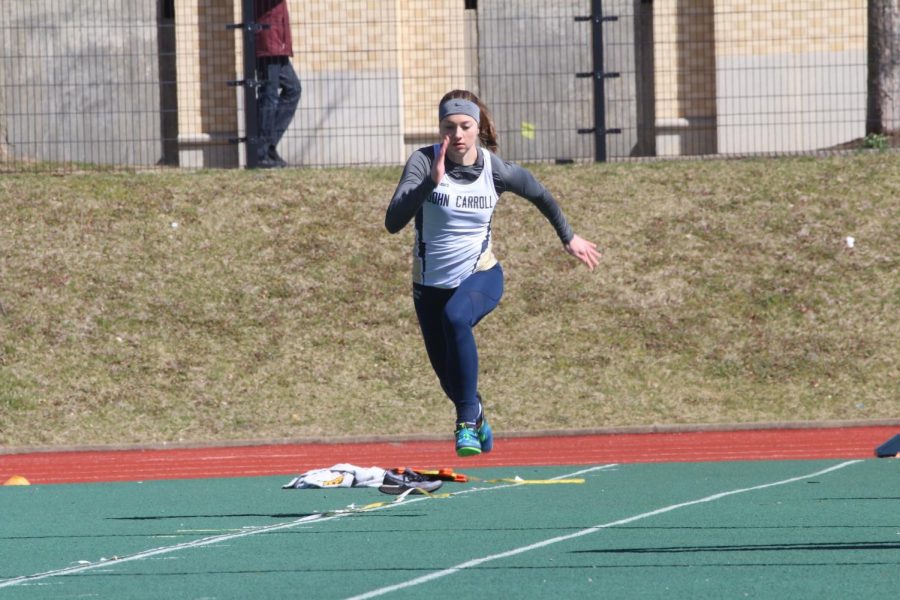 The John Carroll University women’s track and field team had a strong showing at the April Fools Invitational in Westerville, Ohio, hosted by Otterbein University, finishing second place out of 13 teams.

A key reason for the Blue and Gold’s runner up finish was the spectacular showing from sprinters freshman Sara Johnson, senior Ashura Powell, sophomore  Izzie Penna and freshman Lucia Cannata winning the 4×100-meter relay. The foursome of Johnson, Powell, Penna and Cannatata would also break a school record in the event timing at 48.3 seconds.

Powell continued to make her mark in other events placing second in both the women’s 100- and 200-meter dash respectively.

JCU was able to make their presence felt in the field events as well. The Blue and Gold put three on the podium in the javelin throws. The three javelin throw placers were freshmen Madeline Scherle , sophomore Cassidy Capizzi and sophomore thrower Juliann Walker.

Coming up next the Blue and Gold will head to Williamsburg Virginia for the Colonial relays.