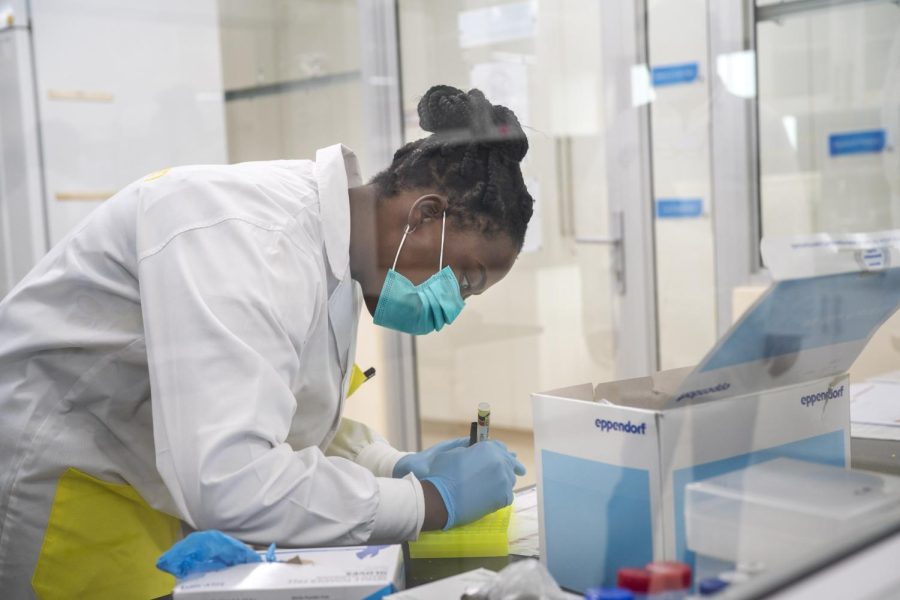 In early November, laboratory technicians in South Africa discovered unusual features in coronavirus samples. Weeks later, this would be known as the highly contagious omicron variant of COVID-19. Countries across the world, such as Austria and Germany, have since increased restrictions and implemented lockdowns to prevent a surge of new cases. President Joe Biden has also increased restrictions regarding the virus by implementing travel bans to South Africa and bordering countries.

According to the first doctor in South Africa to report this new variant, the symptoms are “unusual but mild.” Interestingly, while infections have increased in the country, hospitalizations rates have not seen an increase, despite the new variant. According to Barry Schoub, chairman of the Ministerial Advisory Committee on Vaccines, “the large number of mutations found in the omicron variant appears to destabilize the virus, which might make it less ‘fit’ than the dominant delta strain.” This may help explain the decreased severity of the symptoms caused by the new variant.

Over a dozen states have reported cases of the new omicron variant. Even with the more mild reports of the symptoms, the CDC and Biden administration are still keeping up extreme precautions. Centers for Disease Control and Prevention Director Dr. Rochelle Walensky has said, “We know we have several dozen cases and we’re following them closely. And we are every day hearing about more and more probable cases so that number is likely to rise.” The Delta variant is still the most prevalent strain in the country.

Francesca Mineo, a biology major in the early assurance program at Ohio University’s Heritage College of Medicine, has offered a future health professional’s view on the variant. She said, “In my immunology class, I am learning about how vaccines, as well as natural immunity, are important because they build up these antibodies to create immunological memory for these variants.” She added that, “this will eventually lead to the greater public being able to combat the virus quicker and more efficiently.” Mineo finished by stating, “Since it is more mild, this could provide a less dangerous way for people to gain natural immunity and strengthen their immune response to the disease.”