Country rocked by yet another school shooting in Oxford, Michigan 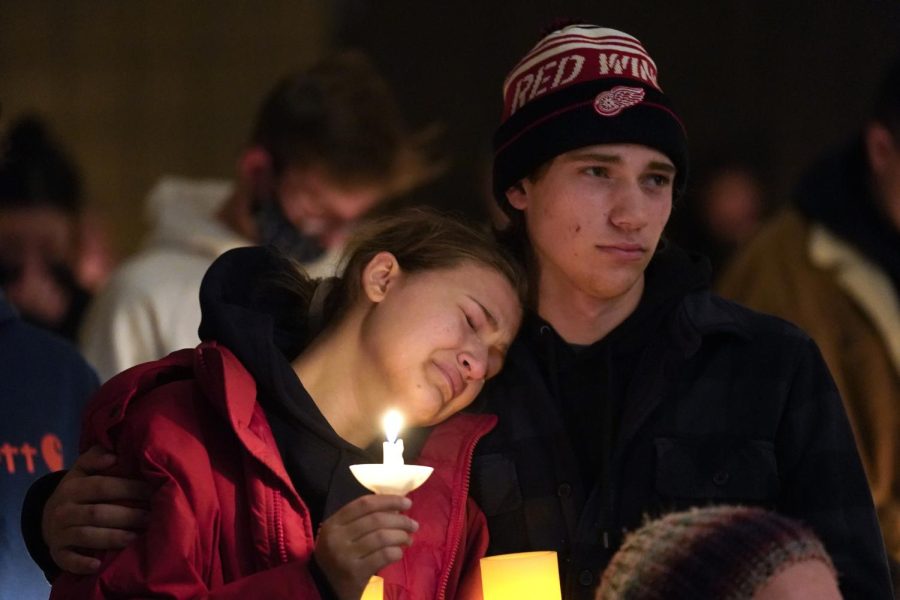 On Tuesday, Nov. 30, 2021, 15-year-old Ethan Crumbly opened fire at Oxford High School in Michigan. With 11 people shot, “Four students were killed and several others were left critically and seriously injured.” Within hours of the incident, police arrested Crumbly for the deadly actions carried out at the school. According to prosecutors, “the high school sophomore is facing a slew of charges as an adult, including first-degree murder, terrorism and other accusations.”

Law enforcement has been investigating disturbing red flags that occurred before the shooting. The prior weekend, Crumbly’s parents had given him a SIG Sauer 9mm handgun as an early Christmas present. The Monday before the shooting, “a teacher saw the suspect looking at photos of ammunition on his cell phone during class, which prompted a meeting with a counselor and another staff member.” After the meeting, the school tried contacting the parents, which they were unable to do until the following day. Investigators have found that after the school contacted the mom, she texted Crumbly, “LOL I’m not mad at you. You have to learn not to get caught.” On the day of the shooting, after finding “concerning drawings and written statements,” Ethan was removed from class and taken to the guidance counselor.

Ethan’s parents were once again contacted and asked to come to the school. After being asked to take him home, the parents refused due to their work schedule. This led the school to allow Crumbly to return to his classes, despite the worrying signs of self-harm and harm to others. Prosecutors have stated that Ethan opened fire “during passing time between classes when hundreds of students were in the hallway transitioning from one classroom to the other.” According to authorities, Hana St. Juliana, 14; Madisyn Baldwin, 17; and Tate Myre, 16 all died from wounds on the way to the hospital. Justin Shilling, 17, died the next morning at McLaren Oakland Hospital. Six additional people were shot and injured during the chaos, but have been receiving treatment. Not only is Ethan Crumbly facing several charges, but the parents as well. The prosecutor has stated, “that the gunman’s parents bore some responsibility for not preventing the shooting.” This has resulted in charges having been brought against the parents.

Kathleen Knoll-Frey, professor of criminology at John Carroll University, stated that “significant strains in the life of these kids, and the combination of bad occurrences, all plays a major role in what causes these shootings.” However, this case is unique in the amount of red flags that were seen by the school and Crumbly’s parents. Knoll-Frey said, “at this point, schools take any sort of threat seriously…that they usually would react quicker and I do not think there has been this clear of an indication.” Furthermore, this case is also unique with the charges brought against the parents. Dr. Knoll-Frey said, “the parents in this situation are definitely unique and it was the most surprising part of this case…their behaviors really could be considered aiding and abetting in this case.”