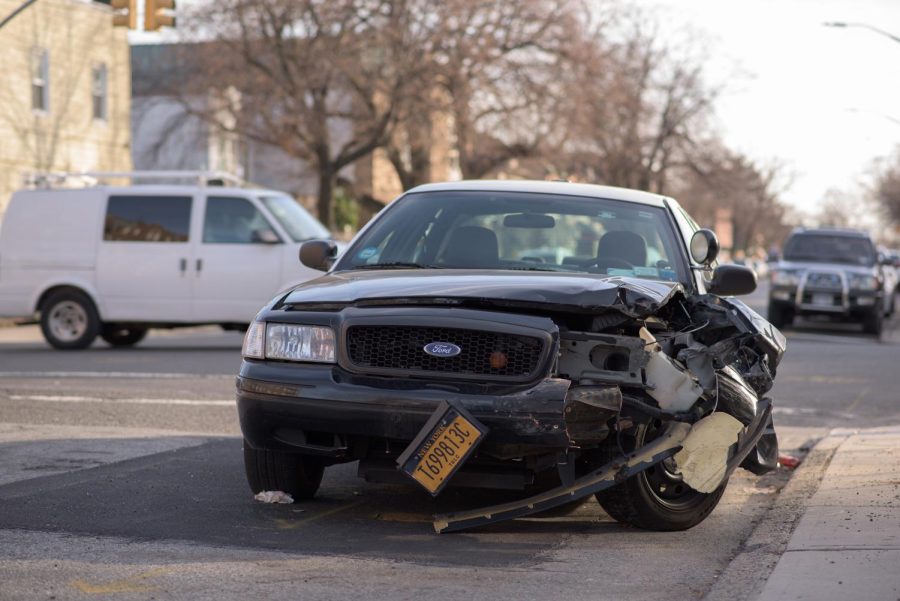 After a sudden car accident that occurred at 6:45 a.m. on Oct. 3, one of John Carroll’s very own ROTC students, Graicen Riley ‘22, bravely took action to help a mother and her two young children escape their overturned vehicle. The car crashed just north of Fairmount Circle on Warrensville Center Road.

Riley, who was on her way to deliver a Memorial Day Flag to the local Fire Department, passed the overturned car and noticed the engine compartment on fire. Not more than 30 feet from her home, she knew that she had to step in right away. Riley pulled into her driveway as another witness stopped their car. When both individuals exited their vehicles, Riley instructed the other witness to call the police as she approached the car. Inside the car was a mother and two young children, a boy and a girl who were each conscious and attempting to escape their vehicle.

Riley first assured the occupants and then attempted to open the doors which had been jammed shut from the impact of hitting the ground. After realizing the doors were stuck, Riley quickly changed her approach and began lifting the safety glass of the passenger windows to provide a safe exit for the mother and her children.

Once the family safely exited from the vehicle, the other witness helped Riley escort them to a driveway. A few moments later the authorities arrived as the car burst into flames. Paramedics helped treat the family and Riley emerged relatively unscathed aside from some minor scrapes.

Riley later learned the mother had swerved away from a fallen tree in the road, but in combination with worn brakes and sudden maneuvering, the car abruptly flipped over.

After the accident, many witnesses lined the streets as morning traffic escalated.

Riley states that her exposure to the world of public safety and disaster management from her 3 years’ experience in the ROTC program helped prepare her to act that day. She told The Carroll News “It’s all about being a leader and thinking quick on your feet […] you have to stay calm, cool, and collected in those situations. It’s a split second thing. You’re the only one there. You need to do something.”