“About us”: a glorified defense of the Humanities 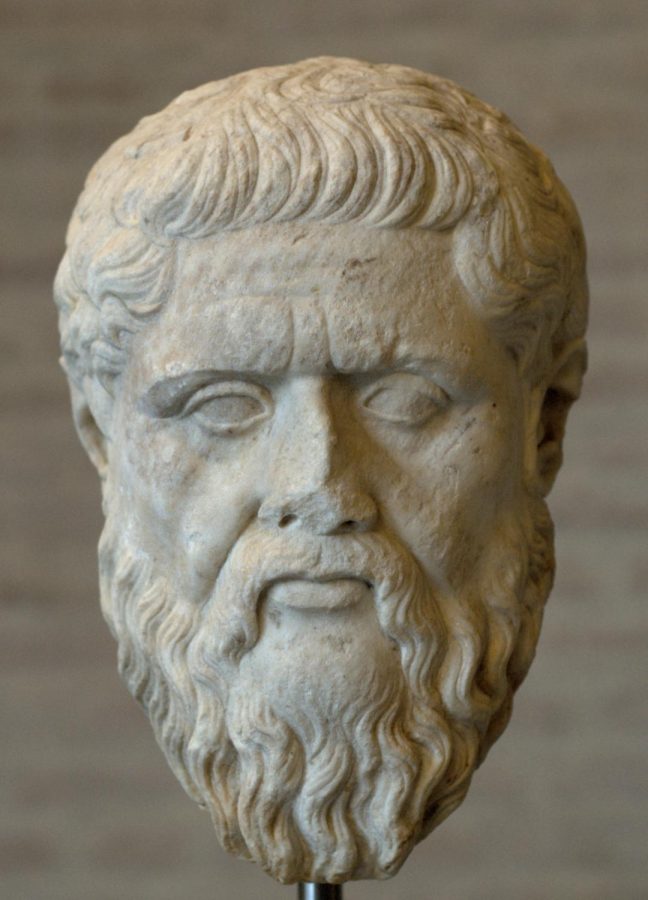 A bust of the philosopher Plato, a foundational figure of the humanities.

Front and center on John Carroll’s University “About Us” page appears the words “JCU provides you a formative way forward to become an inspired leader with the knowledge, character, and heart to serve the greater good.” Like any liberal arts institution, John Carroll aims to cultivate the mind by extending education from the academic and into the compassionate, the kind, the human.

John Carroll’s most popular majors are in business and STEM, per U.S. News, (which you know John Carroll finds credible because they put up all their signs that say JCU is #2 in whatever). Though dominantly business and STEM, all academic programs are integrated within a core curriculum which imbues every major with elements of the liberal arts, such as critical examination and encounters with difference. Every Supply Chain Management, Biochem and Communications major alike must take two philosophy courses. Through this core, revamped in 2015, John Carroll strives to educate humans wholly and holistically.

Along with many colleges across the country, John Carroll’s English department is one of many programs witnessing a decline in enrollment compared to business and hard sciences. The reason isn’t secret or surprising. From the outside, a Humanities degree appears to be a waste of time and money. The idea is that it leaves one unprepared for a job, and therefore unprepared for life.

In true liberal arts tradition, I wish to challenge this narrative and defend the value of Humanities degrees against the intense scrutiny which they do not deserve. As the narrative goes, even the finest English degree qualifies one to do little more than work in fast food or a coffee shop. Much of the uncertainty surrounding the English major results from the doubt that graduates with Humanities degrees set themselves up for financial trouble at best, and ruin at worst. Though statistically disproven, Humanities majors continue to be caricatured as not knowing anything substantive in the “real world.” Though not equipped with immediate job ready skills, the skills honed by a Humanities degree allow Humanities majors to catch up to hard science majors in the long run. Given enough time, the job market balances.

But this caricature is so wrong it’s almost backwards. When Political Science majors examine different political systems throughout history, they garner their ability to identify patterns and changes over time. When English majors analyze different texts, they naturally assume different perspectives and explore thought nimbly and imaginatively. In short, Humanities degrees are evidence of being able to think in multiple ways. The design of the new core intends to make it so that these skills are developed along any academic path, and it’s this very design that indicates the immeasurable importance of soft skills.

It is important to note that the core requires everyone to partake in classes that nurture “soft skills,” such as ethical reflection and multi-dimensional analysis. These soft skills closely resemble the values that distinguish a liberal arts education. Humanities programs require classes that specifically develop soft skills, as opposed to pre-professional skills marked by harder, exclusively academic education.

STEM and business programs are often pitted against Humanities programs, a juvenile shoving contest which cannot be helped even by the most integrative core. At our pettiest, Humanities majors see STEM majors as boring lab coats and see Boler graduates as soulless suits. There’s no outfit analog for Humanities majors, which perfectly illustrates the ambiguity feared by those outside of the Humanities and embraced by those within.

A liberal arts education can be effectively distilled to this: humans first, job title second. Some defenders of the Humanities indirectly emphasize the staying power of soft skills by undermining the importance of hard pre-professional skills. For example, the progression of technology might endanger undergraduates who study certain skills that are liable to become obsolete. I’m sure a Computer Science major could refute that claim with ease, but my point is that soft skills are immortal, and perhaps even gaining importance in a living world.

To this point, I’ve lauded the English department and Humanities programs in general, largely neglecting the validity of other majors. I recently asked a close friend and fellow RA about creativity within his Computer Science major. He compared coding to artwork, which would make code his medium. I embellished his explanation a little but the metaphor remains as impressive as it is effective. Being able to make such a comparison shows that he thinks in multiple ways without having to take additional classes that specifically cater to imaginative reflection. He identifies the objectivity available to Computer Science but unavailable to Philosophy as the fundamental difference between his core requirements and major requirements.

Subjectivity, a crucial element to liberal arts, demands discourse, and discourse sharpens perception. Where STEM and business majors learn procedurally, Humanities majors learn through discourse. Both can build the inspired leaders JCU says it’s all about, but if we are to be fully engaged members of society, we must have the soft skills nurtured by the Humanities.
While the development of such skills is not exclusive to the Humanities, a liberal arts education can more accurately be described as a soft education, not a hard one.

The author, Eric Fogle, would like to issue a special thanks to Dr. Maryclaire Moroney and Dr. Jean Feerick (both from the English department) for their boundless wisdom and for helping this column come to be.