Taylor’s Column: Just the Way You Are 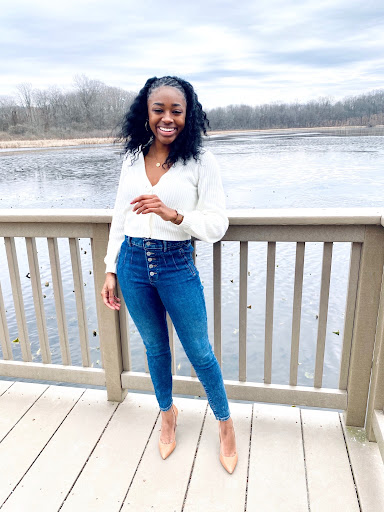 Campus editor, Taylor Anthony, reflects on the importance of focusing on the things that are in her control in life.

Whether it be R&B, hip hop, pop or jazz, when it comes to music, I am always listening to multiple different genres. Music was a prominent part of my childhood. Whether it was going to concerts in the park with my parents or singing around the house and in the car, you could always find me singing or dancing to a beat.

My parents, who were born in the 60s, are a bit old school. I grew up listening to R&B legends such as Aretha Franklin, Whitney Houston, Prince, The Temptations, The Isley Brothers, Michael Jackson, Nat King Cole and the list goes on. However, listening to these dynamic powerhouses gave me a greater appreciation for the art.

My oldest brother, Jerome, seemed to love when my parents would play music around the house:  it would make him smile and seemingly move to the beat. In 1993, Jerome was diagnosed with severe autism when he was just two years old. As a little girl, I would always question why he wasn’t able to talk like we did and why he made a certain noise. I wanted to know why Jerome wasn’t “normal” like the rest of us.

Although my parents would try to explain his disability to me as best as they could, it was a difficult concept to understand at such a young age. As a result of his nonverbal autism, I always wondered if my brother would ever be able to talk to me. Little did I know he would find his voice in his own unique way, expressing himself in more ways than I can describe.

Everyday, his smile and laugh never fails to light up a room and bring joy to my day. He has precise organization for everything at home whether it be our furniture, the dishes or the cabinets. If I put plates or glasses away on the wrong shelf, the next thing you know, Jerome is in the kitchen rearranging everything I’ve messed up in his eyes. Sometimes I just listen to the noise he makes and believe he is communicating with my family and I in his own way.

It truly has been a beautiful experience to watch him grow into the young man he is today.

Unfortunately, we often fear what we don’t understand, but that is when acceptance comes into play. I learned to accept that growing up would not be like the usual household, but my family and I accommodated to our circumstances; we were able to find our own normal. I wouldn’t want to change a single thing if given the chance.

I will never forget the mornings that I woke up to our stereo blasting music. I would come downstairs and find Jerome adjusting the volume to his preferred liking.

When I am home, I frequently sing or listen to music aloud and Jerome doesn’t seem to mind. One of my favorite artists is Peter Gene Hernandez, better known as his stage name Bruno Mars. Bruno’s musical styles range from pop and R&B to funk to soul and reggae. From his first studio album Doo Wops & Hooligans in 2010 to his recently formed duo Silk Sonic with Anderson Paak,  I have been a fan of his since the beginning. One of my favorite songs debuted on his first album  “Just the Way You Are.”

Although Just the Way You Are admires a woman’s beauty, I admire the beauty in the life of my brother.

Jerome, you are amazing just the way you are.