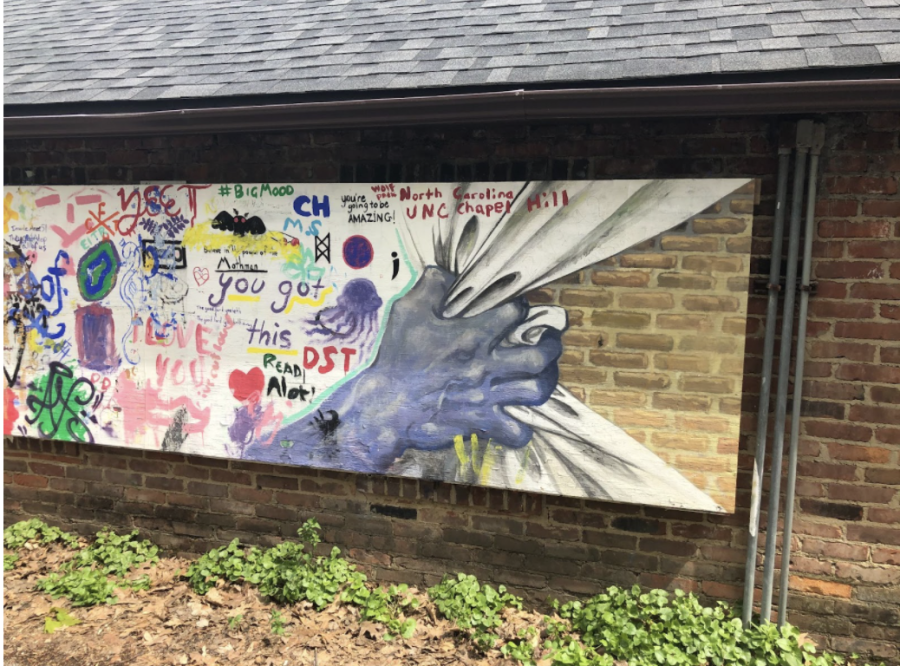 Art is something that is born deep within an individual’s consciousness. Artists channel unique aspects of themselves to craft something meaningful, but the solitary method is not the only approach. Often, multiple artists will come together and blend their respective attributes into a new and distinct amalgamation. A piece that represents the assimilation of multiple minds into one, extracting the best from all parties involved, and forming a brand-new spirit. These collaborations are as natural as life itself—people enjoy interacting with one another and socializing, which extends to the art sphere. I want to dive into a few collaborations that truly embody this fusion of consciousness and socialization between various artists.

The first piece that comes to mind is an art exhibit elegantly crafted by the late Virgil Abloh and Takashi Murakami titled “AMERICA TOO” in 2018. It sought to combine Abloh’s presence in fashion with Murakami’s absurdist and chaotic style. Abloh gained notoriety over the years thanks to his brand Off-White that looks at fashion through a cynical lens. One of the more awe-inducing examples of this is the infamous Off-White dress. It looks mundane and its only distinctive element is Little Black Dress in quotes. Abloh enjoyed mockery of brands while at the same time maintaining onea paradoxical endeavor. On the other hand, Murakami is known for his signature flowers that are recognizable no matter which shape they take; the smiling rainbow flowers are no strangers to fashion and have appeared in collaborations with brands such as Vans and Luis Vuitton.

It was inevitable the two artists’ works would collide. Thus, “AMERICA TOO” was born. The exhibit itself is a collision of the two artists’ brands, with Murakami’s flower maintaining a strong presence along with Abloh’s signature industrial font. I know what you’re thinking, “what do these two guys’ brands collaborating have to do with a fusion of consciousness?” These aren’t brands controlled by faceless corporations; an individual is at the core of them, which means both Off-White and Murakami’s flowers reflect pieces of their creators’ minds translated into the physical world.

Moving back to art, scattered throughout the exhibit are layered canvases displaying hundreds of Murakami flowers splashed with every vibrant color from the rainbow and brandished with Abloh’s off white font using words like “power” and “flower.” Throughout the exhibit are multiple variations of large sculptures of the flower, caged by obsidian boxes that mirror Abloh’s off-white font, a vivid node to the blending of the two creators’ ideals, but also moves the exhibit from two dimensional to three dimensional. The dimensions are further blended with the exhibit’s addition of holograms lined against the plain white walls that resemble the dystopian advertisements trademark to cyberpunk media. The flowers aren’t the only feature present, as renditions of the American flags are scattered throughout that have been morphed and reshaped into distinct designs that take from Murakami’s chaotic art style. A titan sized flag hangs from the ceiling at the center of the exhibit demanding attention from onlookers with its sharp chrome fractures distorting the American flag. These serve as a subtle commentary on how the United States is changing, splintering and shattering from its roots with the help of creatives like Abloh and Murakami. This exhibit was only possible with the converging of these two minds.

Moving into the music world, “Kids See Ghosts” is a wonderful audio voyage through the mental landscapes of Kid Cudi and Kanye West. Cudi is no stranger to the spotlight, but prior to this album’s release in 2018 he had been noticeably absent from the music scene, likely due to the lack of commercial success that his prior album “Passion, Pain, & Demon Slayin” had in 2016. Similarly, the presence of a major West album was absent in 2017. Creating meaningful music is a spiritual process;one these two are familiar with sharing with one another. Over the years they’ve come together for numerous tracks, like “Erase Me” and “Gorgeous.” However, “Kids See Ghosts” was the first time they came together to craft an entire project between the two, and during a time where both needed some uplifting. Cudi has personally described the process of creating the album with Kanye as “cathartic and healing” for them both.

This heavily reflects in the album’s atmosphere: it’s ambient and healing while simultaneously being a bold and bright venture from the duo that seeks to uplift others in the same way it has elevated them. Some of the themes it touches on are self love, moving forward in the face of adversity and freedom from worldly burdens. This is accomplished with Cudi’s soothing hums gracing several tracks in addition to West’s sporadic production that doesn’t let a listener feel like they know what to expect from each track.

Their strengths converge to form star tracks like “Reborn” and “Feel the Love.” The first track is a cloudy ballad about moving forward with ethereal production alongside it that perfectly compliments the harmonious hums of Cudi. It has few lyrics because it’s more focused on evoking a warm feeling from the listener, inspiring you to keep going. “Feel the Love” is a bombastic and extravagant record that pounds the listener with booming drums and Cudi’s high pitched “feel the love” line that makes your ears its home. As for West’s addition, he doesn’t have actual lyrics on the track, instead he howls intangible sounds that still manage to add to the energetic and bright feel of the track. This collective consciousness is a brief one however, the venture only lasts for seven tracks before its abrupt end, but this isn’t a bad thing. It’s clear these two favored quality over quantity in their work, pushing out seven tracks that can all stand on their own instead of something bloated and overextended to its detriment. This project was a collision that birthed something beautiful into the art sphere.

The final collaboration I’d like to investigate is graffiti, more specifically the graffiti at Cain Park in Cleveland Heights. This one is less refined than my other choices, but nevertheless is beautiful. So many clashing ideas extracted from countless individuals and thrown into a heterogeneous mix, which embodies colliding consciousness and socialization. No person who contributed to this piece knew what it was going to become, but nevertheless decided to add a fragment of their mind to it and these fragments from different individuals come together to form a new entity that reflects all of them. This one has an imposing blue hand with a screaming depth to it that likely wiped away previous works but offers up a new canvas for more would-be artists.

Another major installment on the makeshift canvas is polka dotted text that practically bursts out of the canvas, and selfishly holds much space to itself. Not every part of it is grand, however, some of it are just simple encouraging phrases like “I love you” written

in fading chipped pink paint and “you got this” in a strong purple. They don’t all have profound meanings, but they exist, and exist solely because people brought them together. That’s where the social aspect comes in: this art isn’t obscured in a museum or relegated to premium music applications, it’s open to anyone to see, comprehend and even add to. Graffiti finds beauty in its collaborative nature and exists to be seen by all.

Collaboration is a beautiful mind blending activity that has birthed some truly stunning works of art. “AMERICA TOO ” is a combination of Abloh and Murakami’s ideals encased into an exhibit for the world to interpret. “Kids See Ghosts” is a sonic journey of healing from two friends who needed that most and wanted to share it with others. Graffiti, simplistic and even crude as it may be, is one of the purest forms of people socializing to create something special. I look forward to the collaborations I’ll see in the future and I hope artists small and big alike keep coming together to merge their minds into new entities.