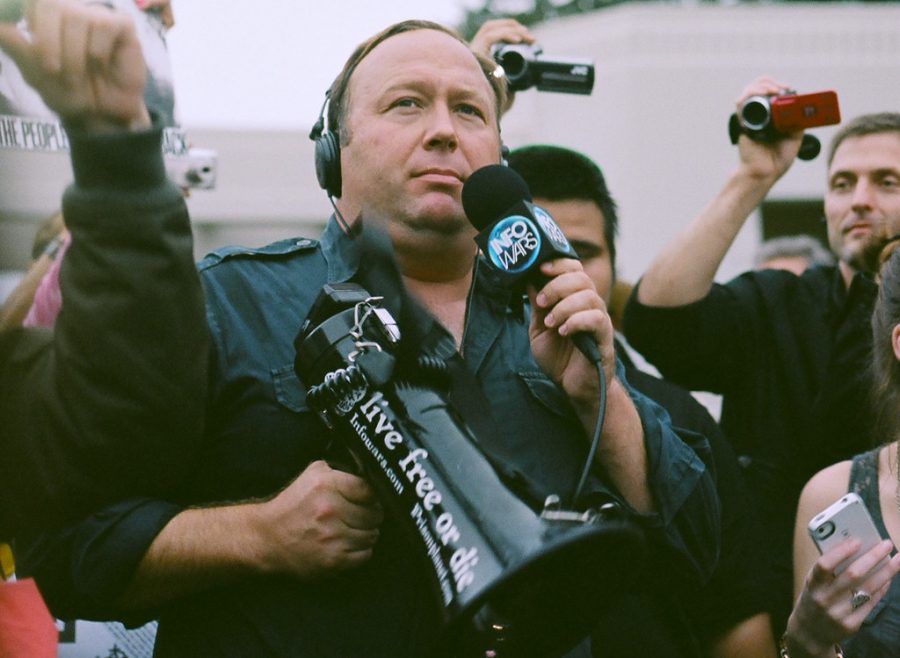 InfoWars host and noted far-right conspiracy theorist Alex Jones speaks at an InfoWars event. Jones is being sued for his role in the false theory that the 2012 Sandy Hook shooting was a staged false flag operation.

On Dec. 14, 2012, a gunman shot and killed 20 children and six adults at Sandy Hook Elementary School in Newtown, Connecticut. Six years later, in 2018, Alex Jones, a right-wing talk show host, claimed that the shooting was staged, using fake child actors. Jones is now facing numerous lawsuits from the parents of the shooting victims.

In April of that year, the parents of three children killed in the Sandy Hook shooting filed two lawsuits against Jones. A month later, he was sued by the families of six additional victims, according to CNN. Jones is now facing three lawsuits against him, as of 2022.

Jones is now being held in contempt of court for failing to show up to a court hearing. A Connecticut judge denied Jones’s claim that he was “too ill” to sit for a deposition and fined him $25,000 for every weekday that Jones fails to show up to court. According to The New York Times, if Jones fails to show up by April 15, there will be heavier sanctions imposed on him, regarding calling witnesses to the stand and evidence that he may bring in.

JCU student Brianna Callow ‘25 shares the outrage many feel over Jones’ actions, saying, “Based off of my understanding of the case, Jones has made false claims to try and stir up drama and controversy for publicity for his site. I think he should be getting some type of punishment for it because being as senseless and uncaring as he was for a situation of that nature was disheartening to many.”