Short stories on my mind 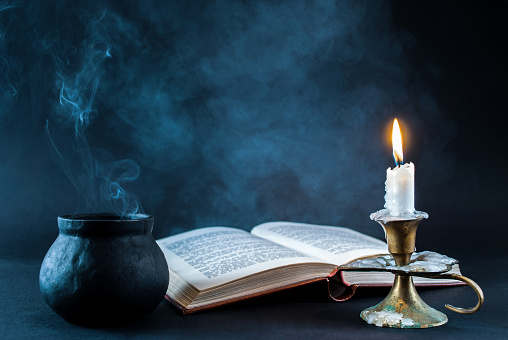 Kevin Oliver talks about scary stories he has read recently.

A while ago, I was looking for new books to read in the bookstore and stumbled upon horror short stories — these weren’t ordinary short stories. The employee told me about how they were considered the “classics” of the horror genre, and naturally this motivated me to collect them. Horror isn’t a genre I’m too familiar with, so any chance to read more of it is welcomed. I purchased an anthology along with a few individual stories, but they collected dust in my room for a while. An opportunity finally arose, and I devoured the stories in about two days. They were a lot more abstract than I thought they’d be, and even after exhausting my supply, there are two that I just can’t seem to get out of my head.

“I Have No Mouth, and I Must Scream”

This first story was written by Harlan Ellison, an American author from Ohio. This story takes place in a post-apocalyptic world, so devastated by war that the population has been reduced to five people. The superpowers of the world’s constructed artificial intelligence and entered a horrible deadlock that turned their planet into a crucible, in which only five would survive. These few were ordinary people, but they were captured by the AIs of the war that had fused into one entity. The AIs that were initially constructed to protect humanity were now combined into one amalgamation, called AM (Allied Master computer). It had only one desire: to see them suffer eternally. The five were doomed to play an eternal game of cat and mouse with the monstrous AM that would neither allow them death nor leisure in its never-ending trials.

My initial thoughts on this story were mixed. I had a grasp on what I just read, but I couldn’t think of a single take away from it. The reading experience felt like an absurdist trip into the deepest despair one can imagine, and I just couldn’t get a grasp on any positives I could take away from it. Was it sad just to be sad? Had I missed some profound, underlying critique of the world around me? I couldn’t figure it out, so I turned to the author’s memoir. Reading this memoir was surreal, because Ellison brought up ideas and concepts that had never crossed my mind while I was reading. One sentence in particular from him was so profound I had to highlight it. It goes “The upbeat message contained in the ending of the story says frankly: we are frequently flawed and meretricious…but we are perfect in our courage, and transcendent in our nobility: both aspects exist in each of us, and we have free will to choose which we want to dominate our actions, and thus our destinies.” Not only was upbeat a noun I would’ve never applied to this story, but this way of looking at it is beautiful, and I feel so much better about it keeping this in mind.

“Color Out of Space”

This frightful story was authored by H.P. Lovecraft; it follows an ordinary family of farmers west of the Arkham Hills. The family is a relatively normal, stereotypical bunch composed of a husband and wife along with their two children. They spend their days caring for their land and cattle, but their lives change when a meteorite lands in their front yard. The meteorite radiated hues of a color too unimaginable to describe—a color that could only be crafted from the depths of space. From this rock horrors begin to arise in their once peaceful lives, both internally and externally. Their land begins to transform into a dreamscape plucked right from the illusions of a madman and alien to anything a human eye would consider normal. Simultaneously, their once compassionate neighbors begin to feel a newfound disgust and distrust towards the family and the haunting land they have inherited. The family struggles to maintain themselves and their land as the sinister influence of the meteorite tightens its grasp on them.

I enjoyed this story a lot more than I thought I would. It executes cosmic horror in a lucid way I hadn’t encountered anywhere before. Instead of a ferocious dragon the size of a tank being the central antagonist, there’s an ambient and unknown entity that doesn’t fight with flaming breath, but a slow dwindling process that eventually sets its course. This story manages to express this awe-inducing tale in such a limited space. Every sentence of it kept me gripped and eager to see what comes next. The story practically crawled into my mind, and it crafted such a vivid image that I can’t bring myself to watch the movie adaptation. I’ve heard it’s good, but I don’t want to apply a tangible image to what the color out of space should look like, because I feel that betrays its purpose. It’s supposed to be intangible, immune to any and all interpretation by the naked eye. This is an excellent piece of horror, despite its author, and while I enjoy it, I believe it’s important to acknowledge the myriad of problems that come with this. H. P. Lovecraft was notorious for his gross dehumanization of not only Black people, but all people who he considered different from him, viewing them as somehow less human than himself. His works frequently showcase this corrosive mindset, and for that reason I perfectly understand if people want to avoid them all together.

Despite my time with these stories coming to an end, they’re still racing through my mind. The anxiety-inducing trials of AM and the alien foliage of the Arkham farmland are still fresh on my mind. I’d like to dive into even more short stories eventually because it’s clear they’re able to tell infatuating stories even with their condensed lengths.