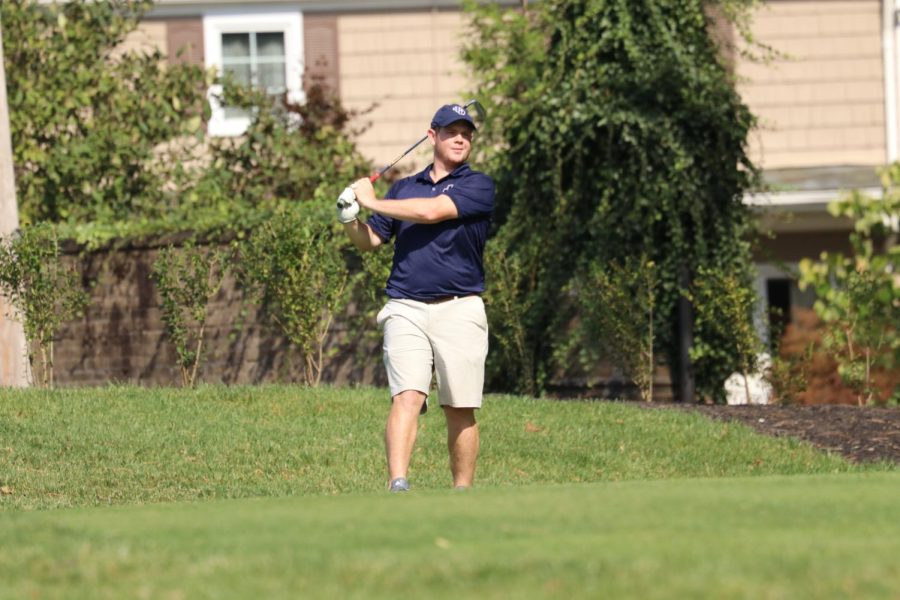 Johnny Roder competing in a golf match during the 2021 fall season.

What better way to celebrate Masters’ Sunday than to play the actual game?

The Blue Streaks were able to enter two teams into the invitational as they competed against Capital University, Marietta College and Malone University.

With a total of six teams participating, the Blue and Gold came away with a third-place finish (303) and a fifth-place tie (311) at the end of the one-day formatted event.

Roder led the Blue and Gold with a final score of 70, earning him a second-place finish.

Gleichauf and Lumley tied for 12th place with their score of 77.

“We did not play our best as a team, but we worked hard and improved,” said Lumley. “Our team has a lot of strong talent and I am excited for the remainder of the season.”

The Blue Streaks will be back in action after Easter Sunday for the Legends Skins Game Invitational held at Shaker Country Club on Monday, April 18.