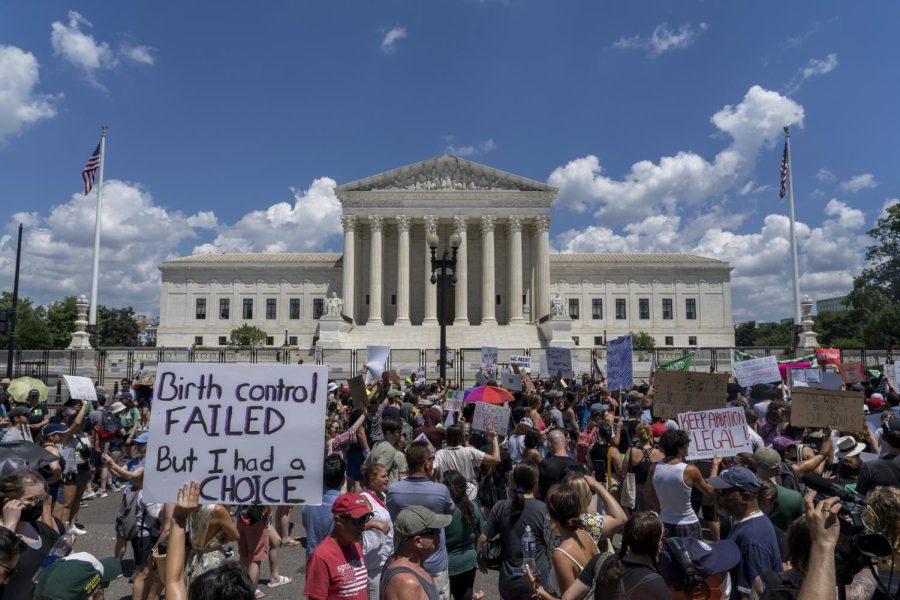 The decision, which was leaked back in May in an unprecedented move, was decided by a majority consisting of Justices Samuel Alito (who wrote the leaked majority draft), Clarence Thomas, Neil Gorsuch, Brett Kavanaugh and Amy Coney Barrett. The minority consisted of Justices Sonia Sotomayor, Elena Kagan and former Justice Stephen Breyer. Chief Justice John Roberts sat in concurrence, meaning he agreed with the decision to side with Dobbs, but not with the implication that the case overruled Roe and Casey.

In the majority opinion (which had been altered little since the leaked draft), Alito states, “We hold that Roe and Casey must be overruled. The Constitution makes no reference to abortion, and no such right is implicitly protected by any constitutional provision, including the one on which the defenders of Roe and Casey now chiefly rely – the Due Process Clause of the Fourteenth Amendment.”

In the dissent, the minority wrote, “The majority would allow States to ban abortion from conception onward because it does not think forced childbirth at all implicates a woman’s rights to equality and freedom. Today’s Court, that is, does not think there is anything of constitutional significance attached to a woman’s control of her body and the path of her life. A State can force her to bring a pregnancy to term, even at the steepest personal and familial costs.”

In his own opinion, Thomas stated that other cases decided on substantive due process, the legal theory on which Roe was based upon, can and should be reevaluated in the future, which includes Obergefell v. Hodges (which legalized gay marriage), Griswold v. Connecticut (which legalized contraceptives) and Lawrence v. Texas (which legalized sodomy, essentially allowing individuals to be out openly as gay).

As expected, the decision yielded decidedly mixed reactions. Protests erupted nationwide including in downtown Cleveland. President Joe Biden remarked that, “It’s a sad day for the court and for the country…the health and life of women in this nation are now at risk.”

In contrast, former President Donald Trump stated, “Today’s decision… along with other decisions that have been announced recently, were only made possible because I delivered everything as promised…the biggest win for life in a generation!”

As of the time of this writing, abortion, thanks to trigger laws, is now outright illegal in Kentucky, Louisiana, Missouri, Oklahoma, South Dakota and Texas, with many more states expected to follow. Additionally, several states have since passed heartbeat bills (which bans abortions after six weeks), including Ohio.