Another way to think about horrendous coworkers 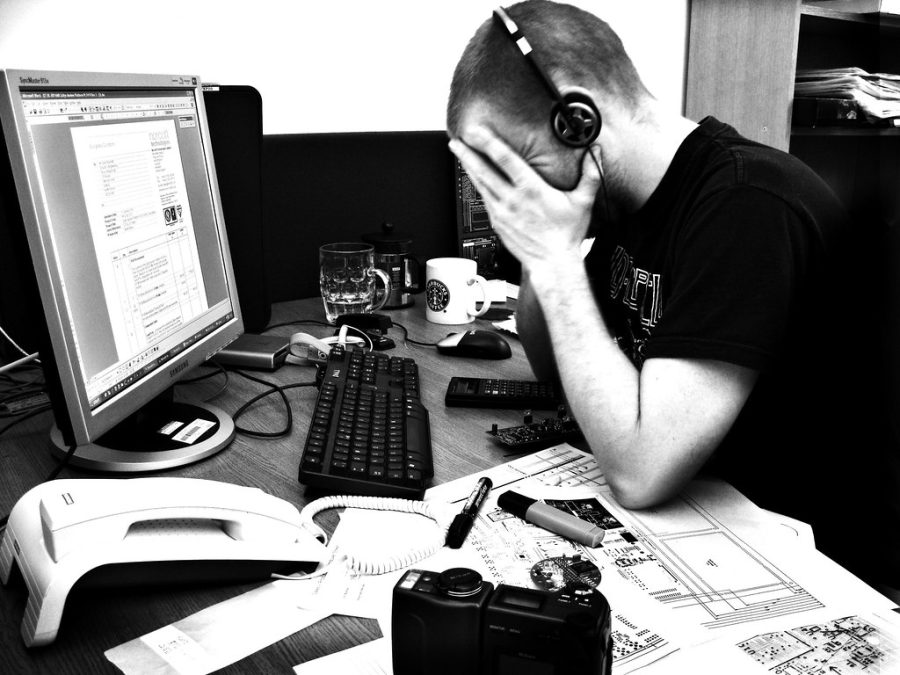 I’ve had the same job for the past six summers. This column isn’t about the job description, but instead about a more universal aspect of work: an insufferable coworker and the evolution of my feelings towards her. Everyone who has ever had a job has had a person who makes their job more stressful than it needs to be. If you can’t think of who that terrible coworker might be, I may have some unfortunate news.

Not all bad coworkers are the same: some talk way too much, some are incapable of conversation. Some try to be your boss, some do so little work they make you want to act like you’re their boss. However, my purpose is not to catalog the different kinds of annoying coworkers. Instead, I want to propose a guess as to the nature of our feelings toward people we dislike.

At my job, I regularly encounter a woman who I’ll call “B.” My purpose is not to call her out personally or to invite people to join in my dislike for her. Those readers who might know who I’m referring to would know that she does enough to get people to dislike her without my help.

My place of work employs many people across many departments. B and I work in different departments but our paths cross naturally multiple times per week. During these encounters, B routinely derides and belittles me, my coworkers, and the visiting patrons. I’ve come to admire the generality of her unkindness. It makes the disdain I feel when I see her much less personal. Seemingly everyone’s shared dislike for her made for very traversable common ground in conversation.

It was during one of these conversations where I got the idea for this column. As a coworker and I watched one of B’s regular tirades, I remember feeling completely right about her. I might’ve said something to the effect of “see, look. She’s exactly as bad as I’ve said and thought. Case closed” I looked over at her with the satisfaction of knowing that I didn’t need to know anything else about her. She sucked, nothing else. My opinion was complete.

The following day, I saw her talking to a patron civilly. I can’t stress how unusual this sight was for me. This patron looked at B like how a person should look at another person. I’m sure it helped that B wasn’t shouting and pointing at her, but the plain truth was that there was someone who thought that B didn’t suck. I was so flabbergasted that “flabbergasted” is the only appropriate word to use here. In a very fundamental way, I was wrong about her. Not everyone shared my opinion that she was the human equivalent of wet socks.

This is a summary of my point: negative feelings are incomplete, and discussing them with others who feel the same gives a false sense of correctness. Consensus adds more power to one’s personal beliefs. Though my coworkers and I agreed that B may genuinely be on the list of most unpleasant people ever, the agreement left my opinion no more developed than it was before, and much less likely to be changed.

Every time I looked at B, I added nothing new to my conception of her. I had ruled. When I looked at her I looked for confirmation of my ruling and nothing else. When I saw the interaction between B and the patron that liked her, my ruling had been called into question. Rather than call it a fluke, I took it to heart. I realized that I had become consumed by my own judgment rather than more neutral observation.

A similar phenomenon occurs with people in relationships and their respective friends. If each party discusses only the negative parts about their partner and their relationship with their friends, each friend (group) creates a narrative of the other party composed of only bad qualities. If my friend only complains to me about his relationship and never includes anything good about his girlfriend or their relationship, I’m going to assume and eventually conclude that his girlfriend is as bad as the sum of her worst words and actions.

The fact of the matter is that B is someone’s daughter, someone’s friend, a coworker to many people, perhaps a sister, and perhaps (though I still find it least likely) a partner. No amount of personal or shared dislike will reduce the objects of my dislike (or yours) into the second dimension. Assuredness in my opinion of B does not make me right about her. Hearing it from my coworkers didn’t make me any more right, just more confident and less curious.

We judge and observe at the same time, or at least at the same speed. That correlation concerns me. The more we judge, the less we observe. The more we judge, the more blind we become to anything but our own judgment. Luckily, the opposite is true. The more we focus on observation, the more we can shift our focus away from judgment.  We’re going to have to draw conclusions about people and things because we can’t observe everything about a person all the time. Our method of judgment is incomplete; our method of observation is slightly less incomplete. Given the choice between judgment and observation, I’m campaigning for observation.

The more we judge someone, the more the behavior becomes about our own judgment rather than the object of our judgment. If we instead make an effort to observe, the behavior can instead become more about our observation, which is more neutral than our judgements. (My introduction to the binary opposition of judge/observer came from Camus’ “The Fall”)

Observation is definitely not a miracle cure for judgment. Judgment will happen anyway, and it’ll happen quickly and eternally. The more I observe B ruthlessly yelling at people, it would seem that I have more evidence to support the conclusion I’ve already drawn. This is not about watching B for rare signs of kindness and humanity. It’s about the exercise of placing judgment after observation, not before it.