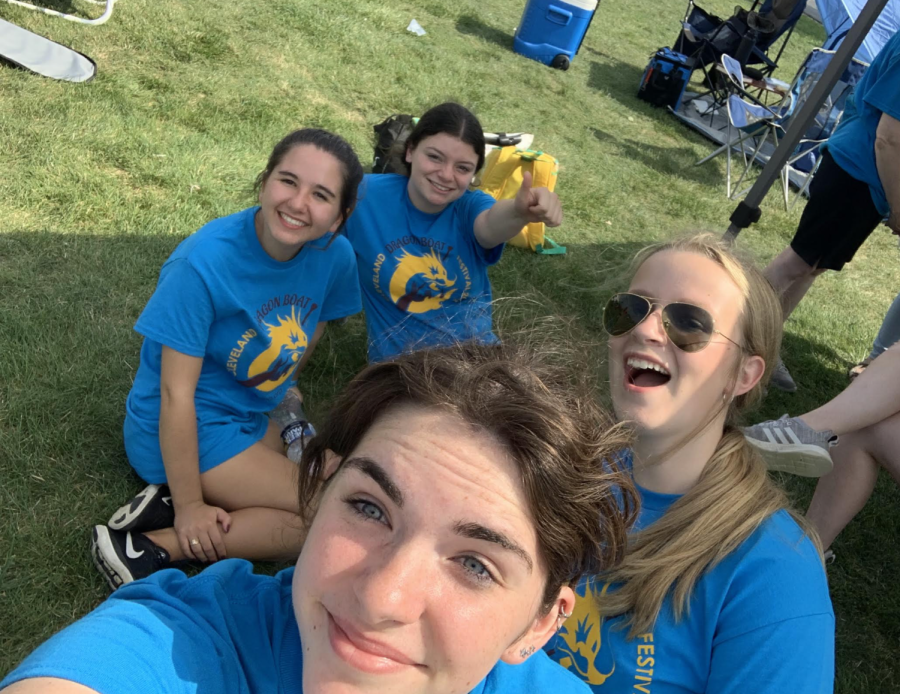 Campus Editor, Sophia Gillianza. reflects on her experience at the Dragon Boat Festival with CSSA

When I was a freshman at John Carroll, I tried to sign up for as many new activities as I could to get involved on campus. This included some that I had no knowledge or experience in. I signed up for last year’s Dragon Boat festival in hopes of eating from food trucks and watching boat races. Little did I know, I was actually expected to row in a 20 person boat and race other teams.

Last year, our team was filled with members from all grade levels at JCU, all with little to no experience rowing. However, our opponents included teams who competed in dragon boat races across the country. We watched the other teams in awe as they synchronized stretched and proceeded to row in complete unison with one another.

Although we lost every single race by a longshot, our team was filled with enthusiasm and spirit. I enjoyed the progression of rowing at first completely out of sync to finally counting strokes together and racing as a team.

After spending the entire day in the blazing hot sun, competing in a sport I had never done before and continuously losing, I should have felt utterly defeated. On the contrary, I left the race with a sense of achievement. I really enjoyed the team building and uplifting atmosphere. Most of all, it was fun to take part in something new that I never would have considered doing.

This past weekend, I participated in the festival again. This time, bringing my friends along for the experience. Much like last year, we lost every race; however, this time I was there purely for the fun loving vibe and sense of community.

I would recommend this festival to anyone at John Carroll who wants to get off campus for the day and meet some new people!