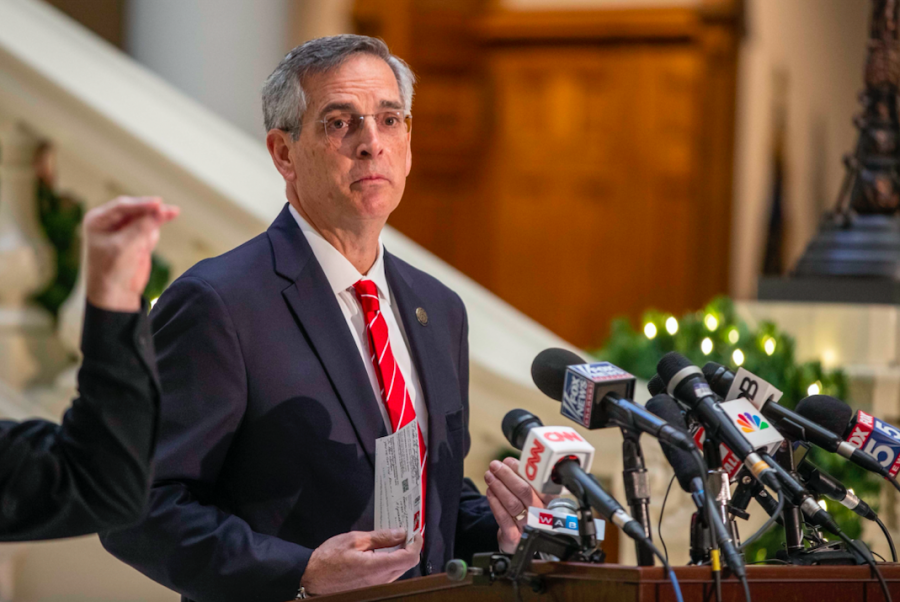 In 2016, the Russian Federation launched an assault on American democracy. The assault came not by tank nor by missile but by the very tools that were supposed to bring us together — email and social media. It was a harbinger for what the future of great state conflict might look like, and we had no idea what hit us.

On Election Day in 2016, few Americans outside the U.S. Intelligence Community knew what had happened. Very little was publicly known about Russia’s actions at the time. But, what we now know from the 2019 report of Special Counsel Robert Mueller and his team is that, over the 2016 election cycle, Russia hacked embarrassing information from the Democratic National Committee and strategically timed its release to maximize the damage. Yet, this hacking and dumping campaign was only the first prong of the Russian attack.

Even more insidiously, Russia operated a vast network of bots and trolls across social media to amplify extremist content from across the political spectrum. This second prong made Russia’s ultimate goal unambiguous. Their aim was not to advance either the Republican or Democratic agenda. Surely Vladimir Putin does not care about American partisan squabbles. Rather, his ultimate goal, explored in this NPR interview with New York Times reporter Adam Ellick, was to sow discord, divide and discourage. In doing so, Russia hoped to weaken the resolve of the American people.

In 2016, the question, while far-reaching and profound, required a narrow, technical solution. It was a matter of diplomatic, technological and military ability. Could we dissuade Russia and others from taking advantage of our system of open and free media? Could we build technologies to block them from doing it at all? These were the problems that needed solving. Certainly not easy questions, but they at least had cognizable solutions.

Many of these proposed solutions were implemented. Facebook placed new restrictions on who could purchase a political ad and when it could run on the site. The U.S. Cyber Command –– the joint U.S. military command dedicated to cyber operations –– took aggressive action, as reported by the New York Times, to deter foreign interference in the 2020 election. According to this account published by the Cybersecurity & Infrastructure Security Agency and drafted by two national groups of election administrators, it worked. Compared to 2016, the 2020 election was almost entirely free of foreign interference. But, it turns out that the foreign disinformation wasn’t the only threat.

What happened in 2016 was technical. What’s happening now is epistemic.

Unlike in 2016, the disinformation threat played out live on the president’s Twitter account in the 2020 election. In the days following the election, Twitter flagged almost all of Donald Trump’s tweets as false.

To this day, the president has refused to admit that he lost, and many Republicans in Congress have happily played along. Aside from protecting the president’s ego, the Republican grift has brought in more than $170 million dollars to the “Election Defense Fund.” Conveniently, much of that money can also be used to pay off campaign debt or be stored away for future elections.

In terms of actual efforts to litigate election fraud, the president and his supporters have been woefully unsuccessful. The effort has ranged from meritless lawsuits, like a Pennsylvania case the Supreme Court just rejected to consider, to outright attempts by the president to subvert the rule of law. So far, these attempts have gone nowhere, but that’s exactly the point.

By flooding the legal system with frivolous lawsuits, Trump can claim that he has ongoing litigation just waiting to expose the rigged election. Luckily, Republican state officials have remained reluctant to interfere with the process, and, in some cases, have shown extraordinary courage and devotion to the rule of law. Republicans in Washington on the other hand, have proven spineless.

Today the question is epistemic –– a question of how we find and validate truth. No technical fix or clever algorithm from Twitter could ever prevent the President of the United States from spewing baseless claims of electoral fraud. The questions we face in the wake of the 2020 election are much more fundamental than the problems of 2016. We can shut down Russian bots spewing disinformation, but we can’t simply shut down American citizens and Republican politicians doing the same, nor should we. The solution is not obvious. It may well require a reworking of the very notion of free expression itself. Whatever your opinion of Trump, it’s clear the present information environment is untenable. So let’s get to work.