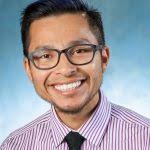 “Diversity means all of us,” said Salo Rodezno, director of the Center for Student Diversity and Inclusion, on Nov. 11 when he visited Carrie Buchanan’s Journalism Bootcamp class. Rodezno’s appearance in class created conversation that helped students in the class understand what CDSI does for the University.

Rodezno said his journey to becoming director of CSDI stemmed from his original love for human connection, which he discovered when working as a resident assistant in college. He was studying film production, but when he was put in the real world of media, he said he quickly realized that his passions were somewhere else. He reflected on the joy he felt when helping his residents at crucial times in their lives and decided to pursue that route. He then attained a degree in student affairs and found himself at John Carroll in 2011, starting as a program coordinator.

As director of the CSDI since 2016, Rodezno has overseen students transitioning, not only into college, but also their transitions as they make decisions to leave or graduate from JCU. When asked about this process, he emphasized that it all starts with the idea of identity or what makes us “us.”

He discussed how he mainly works with students of color, as he helps them find a sense of belonging in a world where that is not always easy. However, he reiterated, “We are an office for everybody,” making sure to drive home the point that anyone can visit the office when seeking help or guidance.

The average John Carroll student seems unaware of how much the center does for minority students. Freshman Mollie Tirpak stated, “I know where the office is located. However, I’m not sure what they truly do on campus. I feel as though inclusion is an issue at JCU, and I’m sure there are efforts to work towards a more inclusive campus. I just am unaware of what the Center of Diversity and Inclusion actually does.”

Last year the center had at least 1,600 student visits, according to Rodezno, and were able to help them with various issues that minority students face here at John Carroll.

Rodezno said his vision is to have a University where all students can have equitable access to their education. This means feeling comfortable and safe at this institution. He concluded, “Folks see some things in us that we don’t see ourselves.”

Rodezno said he will continue with his passion and work to change John Carroll University for the better, making every student feel at home during their stay.