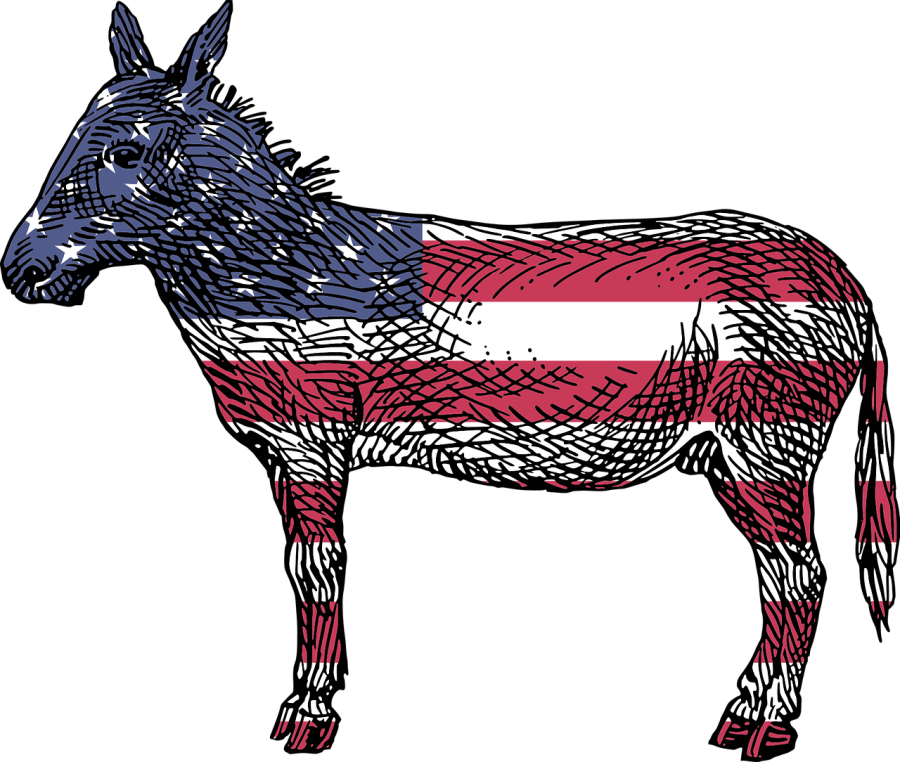 On Tuesday, Jan. 14, the Democratic presidential candidates gathered on the debate stage in Des Moines, Iowa for the final time before the  first Iowa caucus. Though this was once thought to be the most diverse field of presidential candidates ever, every candidate who qualified for this debate was white, and two-thirds of them were men.

In addition to preparing for the debate, candidates, Elizabeth Warren, Bernie Sanders and Amy Klobuchar, are currently Senators and the impeachment trial.

The candidate field is narrowing with no clear front-runner emerging. With this being the case, voters are interested in each candidate’s chances of defeating President Donald Trump. Moderators questioned candidates on some of their weaknesses, such as Mayor Pete Buttigieg’s failure to arouse support from black voters, Warren’s missing out on swing voters, and former Vice President Joe Biden’s inability to persuade millennials.

Perhaps the most shared moment of the debate came when Moderator Abby Phillip from CNN asked Sanders about an alleged statement he made in 2018: that a woman could not win the presidency. Sanders repeatedly denied saying that, claiming, “Anybody  who knows me knows that it’s incomprehensible that I would think that a woman cannot be president of the United States.” After the debate, a hot mic from CNN picked up a discussion between the two. Warren ignored Sanders’ outstretched hand and said, “I think you called me a liar on national TV.”

Biden remained mostly unscathed by the end of the night, which was in stark contrast to the previous debates. The only remark toward him came from Sanders, who took aim at Biden over his vote in 2002 to authorize the war in Iraq. Biden responded by admitting that it was a mistake, as he first did in 2005. For the rest of the evening, Biden’s rivals let him off the hook while allowing Buttigieg and Klobuchar to criticize Warren’s and Sanders’ health-care plans.

Surprisingly, child care came up as an issue during the debate, with Biden and Warren sharing stories of their personal struggles with managing the high cost of regular child care. Various candidates proposed ideas that they believe would combat high child care costs

As we near the Iowa caucuses, campaigns are starting to hit crunch time. The Iowa caucus often acts as a predictor of how a candidate will perform in the general election. While it only correctly predicts the Democratic party’s nominee 50 percemt of the time, it is always good at predicting which candidates are not going anywhere. Since 1972, no candidate from either party who has finished fourth or worse has won their party’s nomination, according to HowStuffWorks.