Collaboration of Two Classics in Cleveland 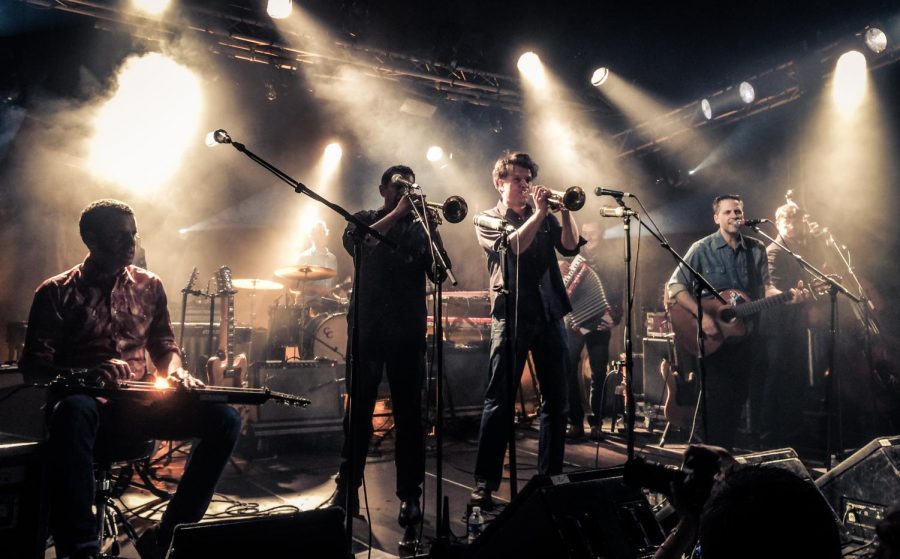 As I entered the music venue, I was surrounded by people of all ages, all there to enjoy a night of collaborative music. While Iron & Wine is well known for singer-songwriter Sam Beam’s folk songs, Calexico is known for their indie rocker tone.

I attended this concert with my father, who essentially gave me my unique taste in music at a young age. Yet despite attending countless concerts throughout my life, this was my first with my father. He had great insight and memories of Calexico’s Rolling Stone top 100 days, where I had better knowledge on the history of Iron & Wine.

When the set began, we noticed that the stage had six musicians scattered across it. We were wondering if the bands had expanded over the last 15 years. Two songs into the set, we realized the entire night was going to be all collaborative songs from their June album.

This had me thinking of how crazy creative the music industry could get if more artists started curating music together. I am not talking about being “featured” on EPs or certain songs on one artist’s 13-song album. What I hope to see in the future of music is more artists connecting to create an entirely new connective style, just like Iron & Wine and Calexico have done.

Another more specific aspect of the concert that I enjoyed was an almost 10-minute feature of Calexico’s standup and electric bass, Scott Colberg. It was so admirable for both bands to spend that much time featuring the unique sound of Colberg intricately plucking his standup bass, one string by one.

Some people expect a concert experience to blow it out of the park with lights, dancing and high-performance flashiness. This concert did not need any of that to make the night memorable. The simple white backlight with smoke rising behind all of the musicians was all the ambiance that was needed.

My father has seen many folk rock classics, ranging from Bob Dylan to Neil Young. I have been lucky to witness the Lumineers, Mumford & Sons and even Head and the Heart many times each. As we left the historical theatre turned concert venue, we both agreed that the entire night, with these two world-renowned bands on stage, easily makes our top five concerts in life.