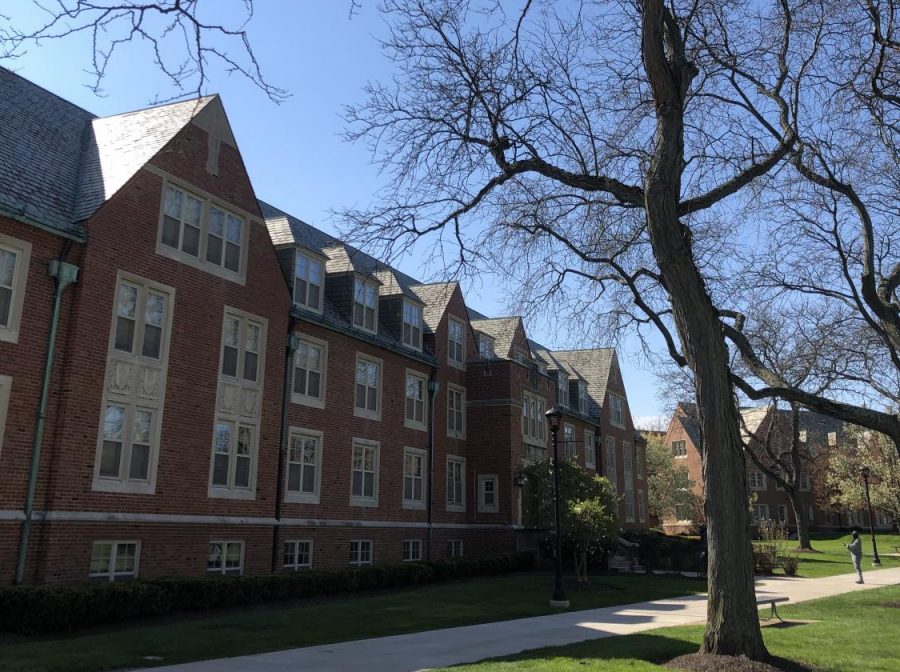 John Carroll University has planned to eliminate the Art History major among other programs.

The Art History Department has been dissolved effective August 31, 2021. Two tenured faculty members in the department, Bo Liu and Gerry Guest, have received termination letters and have been told they will lose their positions once that date arrives.

“It would be an understatement to say that the faculty are outraged over this,” Philosophy professor Simon Fitzpatrick, JCU chapter president of the American Association of University Professors, told The Carroll News. “It’s a complete violation of our contract and it’s a complete violation of our principles governing tenure. … What’s happening is basically a threat to the very idea of tenure.”

The University did not follow the committee’s recommendation and instead dissolved the department and fired Liu and Guest. Both professors were notified that their department and positions were being reviewed on Aug. 22, and they received their termination notice on Aug. 27. Those terminations were announced on Aug. 31 during a faculty meeting, which was also the last day for permanent faculty changes for the 2020-2021 academic year.

“Essentially in doing this [termination], the administration violated The Faculty Handbook in multiple areas,” Fitzpatrick added. “And the Faculty Handbook Committee and Faculty Council are on record here confirming that too, so it’s not just the AAUP who are agreeing with this.”

The Faculty Handbook, which is considered a contract for faculty, states that “termination occurs because of discontinuance of a department or program, because of financial exigency, for medical reasons, or by dismissal for cause.”

The administration did not follow proper procedure when conducting the terminations, according to Fitzpatrick. Though the department was dissolved, The Faculty Handbook states that “efforts shall first be made to relocate each affected Faculty member within the University.”

The professors were terminated only five days after being notified that their department was under review. Additionally, multiple departments said they had space for both Liu and Guest.

Liu said, “This year [looks pretty difficult]. Teaching online is already consuming a lot of time, and now I need to find another job.”

Liu is considering taking legal action. A GoFundMe page has been set up by other faculty members to cover Liu and Guest’s legal fees and has raised just over $5,000.

Faculty and alumni have rallied around Liu and Guest. Three letters have been sent to the administration, all demanding that the professors be reinstated. During a faculty meeting with the provost, many professors blacked out their Zoom screens and posted a note in support of Liu and Guest.

“The important thing to remember about tenure is that the purpose of it is to protect academic freedom,” Fitzpatrick added. “So the reason that faculty members have tenure … is so that we’re in a position to have the freedom to do academic work that serves the public good. If we were sort of ‘at will’ employees who could be fired at any time for any reason … then we don’t have true academic freedom.”

“There’s a lot that will go on this semester and maybe next semester, as people try to fight for them to stay at the University and to be relocated into other departments. We do not believe that Art History will remain as a department regardless,” concluded Brent Brossmann, chair of Faculty Council.

The Carroll News reached out to the University administration and to Herbert individually, but they did not respond to repeated requests for their comments.