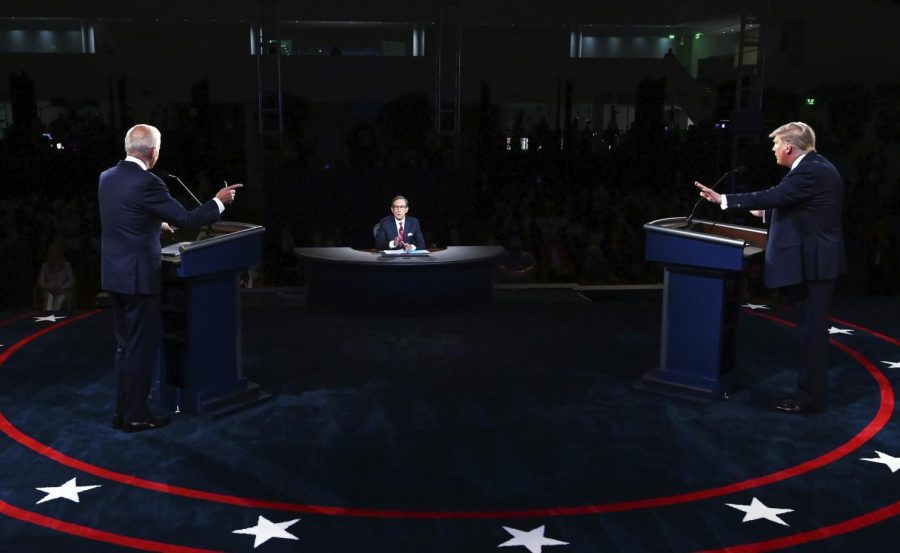 I have a headache. I just finished watching the first presidential debate, and it was a disgrace. Plain and simple. President Donald Trump clearly decided he would flout the agreed-upon rules and speak whenever he pleased. It was painful to watch moderator Chris Wallace attempt to reign him in, to no avail.

There was once a time when American presidential debates were considered the height of oratory and discussion of ideas. I think back to the famed Lincoln-Douglas debates or even some of the earlier televised debates. While presidential debates in recent years have certainly been lacking in high quality discussion, this was almost certainly a new low.

The president was incessantly combative and uncooperative. Perhaps he thought he was playing into some tough guy persona, someone unafraid to buck tradition and decorum, but he did so at the expense of the American people.

Say what you will about presidential debates of late, but they did serve as a venue for at least some substantive, democratic debate. If anything, they required the candidates to come out and present themselves unfiltered to the American public.

While there is little academic evidence that debates actually change voters’ minds, the very act of having debates holds the candidates accountable and provides some window into how they might act as president. That transparency is an important part of our democratic process. But we got no debate tonight. The president ruined that for us.

Sure, Joe Biden was unable to get much substantive discussion in either, but how could he when he was being subjected to a constant barrage of babbling from across the stage? In some strange way, the debate reflects the very essence of the Trump presidency. He’s proud that he’s not “presidential,” that he’s unfiltered and callous. But we shouldn’t be proud. We should expect more.

The American president, above all else, is a moral leader of this country. He or she should set an example of civic virtue. Yes, past presidents have certainly failed in this regard at times, but they were at least capable of putting on a straight face and acting like a respectable person. Tonight, we witnessed in miniature the Trump presidency: discord and bad faith confined only by the ramblings of an angry, petty man. We had no debate in Cleveland tonight. Just as we have no president in Washington.