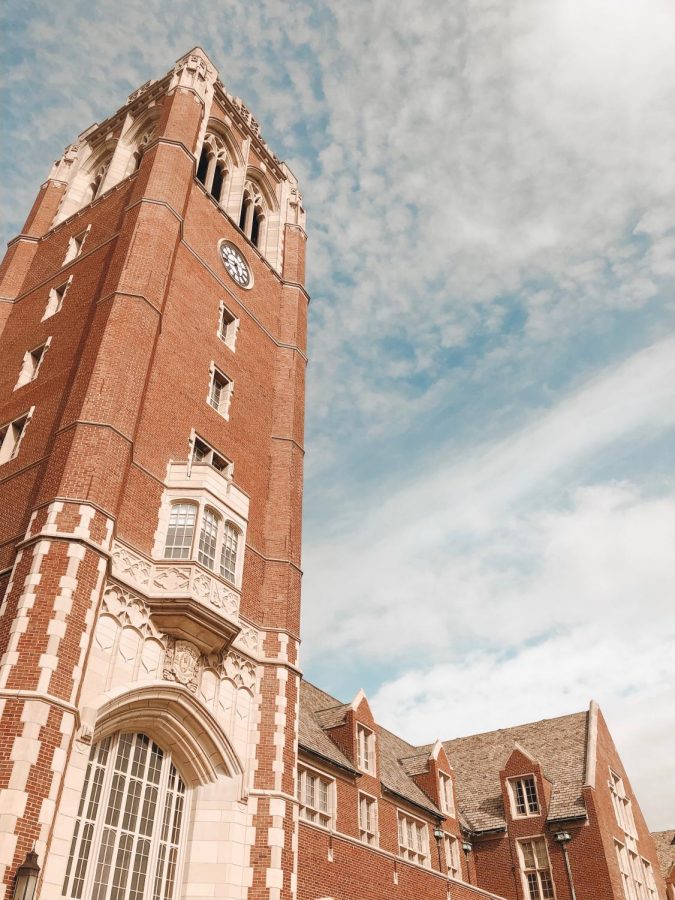 The Carroll News wishes all the best for the class of 2022!

“The worrisome thing is that had we not learned by rumor … we may never have known about [the Art History Department being dissolved] until it was already done,” said Philosophy professor Patrick Mooney.

John Carroll University has taken a major financial blow because of the COVID-19 pandemic, much like other universities. Coupled with the effort to rectify a poor financial trajectory via the strategic plan, the University has been forced to make deep cuts.

With new financial restraints, however, comes what faculty interpret as a lack of transparency in the administration’s attempts to cope.

This year, John Carroll has cut the Art History Department (effective in August 2021) despite the faculty’s protests, reduced faculty salaries by an average of 5-10%, cut an unknown number of staff and sought to amend “The Faculty Handbook” in a way that would simplify the termination of tenured professors.

In a statement to The Carroll News that University President Michael Johnson requested to run in full, he said:

“As is the case with many higher education institutions, these unprecedented times have forced John Carroll to make many difficult decisions. Beyond the impacts from COVID-19, fundamentally, John Carroll faces a shrinking pool of college-age students (that challenges all universities in our region) and was already engaged in a strategic planning process to address the need to increase revenue when COVID-19 hit.

“The Administration, as well as the Board, have been very transparent with Staff and Faculty in communicating the University’s financial challenges and have implemented a number of necessary changes in accordance with existing policies and guided by the University’s Mission.

“The Board is actively working with the Faculty regarding several Faculty Handbook amendments that it believes preserve Faculty tenure while ensuring that financial resources exist to retain and fairly compensate Faculty and Staff, offer scholarships to make a John Carroll education affordable to as many students as possible, and to invest in academic and non-academic programs that help support our goals for growth.

“We are confident that such ongoing collaboration will help ensure the University continues to deliver an outstanding Jesuit academic program for its students now and in the future.”

Many faculty members and alumni have expressed their displeasure over the administration’s communication style and have pointedly said so to The Carroll News. In addition to a Letter to the Editor and multiple interviews, faculty have sent three letters to Johnson and Academic Provost Steve Herbert urging a response or explanation for the cuts.

“Faculty have been screaming about transparency for years because of the lack of it,” said Mooney.

In deciding to terminate the Art History Department, a committee that contained four administrators and three professors was organized to advise the university’s decision. Their recommendation, to cut the Art History major but maintain the minor and relocate the tenured professors, was ultimately ignored. The Art History Department was dissolved entirely, leading to the termination of the two tenured faculty. According to Mooney, the three faculty on the committee were aware of the terminations, but the rest of the faculty found out via rumor.

“For three people to know [about the terminations] and not the rest of us is an absurdity,” said Mooney.

“We were essentially told that they [the closures] are going to happen no matter what,” Mooney added. “Preventing their closure was not something the ad hoc committee was going to [do].”

“Being a part of that committee makes faculty complicit,” he said. At this time, The Carroll News does not know which professors served on that committee.

Additionally, the board of directors is reportedly drafting proposals to amend the handbook without a department co-sponsor, an action in alignment with the handbook but one that Mooney says breaks tradition.

“In my 26 years here, that’s unprecedented,” he said. “Prior to a year or two ago, if anyone wanted to make an amendment to the handbook, they had to get a department to co-sponsor … but that’s no longer true.”

Many faculty believe that some of the University’s reductive actions are not a direct product of the COVID-19 pandemic but have been planned since Johnson was inaugurated.

“Silence and secrecy here is never a good idea,” he concluded. “We don’t have that luxury anymore.”

As per Johnson’s statement, however, the University cites that the changes were “necessary” and “in accordance with existing policies and guided by the University’s Mission.”