A silent campus and a frozen waterfall 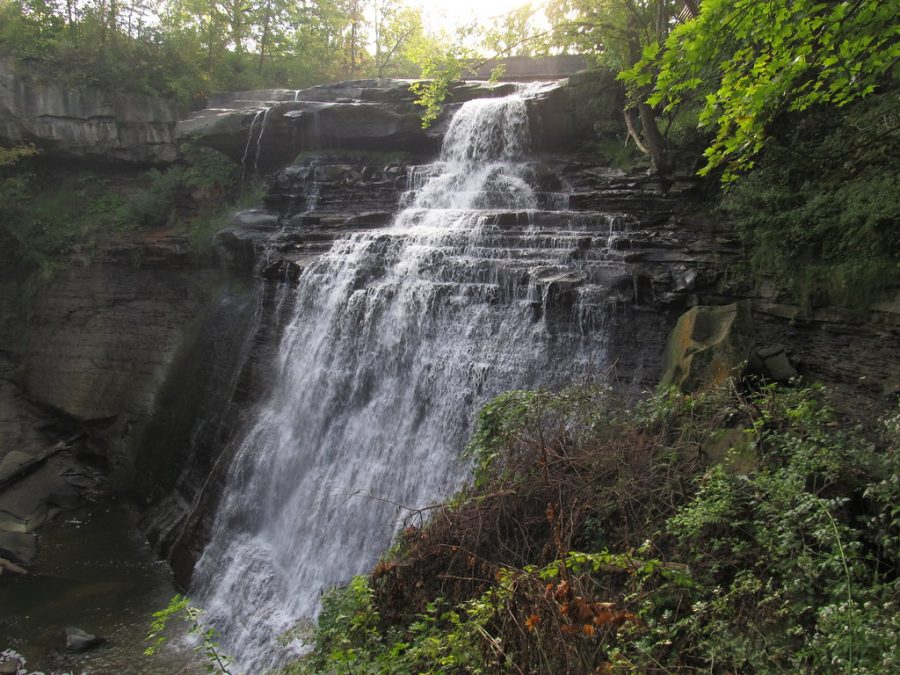 Life on campus this year has felt undeniably different from the last. The buildings are still here, so are many of the same people, but something feels different.

There is no bumping into a friend after class and spontaneously grabbing lunch. There is no packed library at midnight. Campus life has been strategically redesigned to minimize random interactions between us –– a sensible strategy in a time where random interaction means random outbreaks. But a campus with no spontaneity and no connection just isn’t the same. John Carroll feels only half alive.

While the limbo of a half-alive campus can get bleak, it’s forced me (and many others, I’m sure) to get creative. My roommate and I recently resolved to watch all of the Pixar movies in order of the Pixar Theory –– a daunting task.

While almost everything indoors is closed or severely restricted, some of my favorite moments of the past month have been in nature.

My roommate and I have been making trips to Cuyahoga Valley National Park for the occasional snowy walk. Only a quick 30 minutes from campus, it’s an easy weekend activity. One of my life-long bucket list items is to visit all 63 national parks, so it was only a matter of time before I took my trip to Cuyahoga Valley. I’m surprised it took me a year to make it there.

Last weekend, we visited the Brandywine Falls with its magnificent 65-foot waterfall on the eastern edge of the park. As we approached, I tried to temper my expectations. This is Ohio in the middle of winter after all. But as soon as I passed through the trees and caught a glimpse of the falls, I was in awe. I’d never seen a frozen waterfall before. With the motion of the cascading water caught suspended in ice, it was almost as if someone had pressed pause on a thousand gallons of water in midair.

But it was the silence of the falls that really struck me. I’ve seen a couple waterfalls in my national park adventures, and every one is roaring –– such a large quantity of water falling off a cliff is bound to make some noise. But Brandywine Falls, in the 10-degree cold, was dead silent.

In some strange way, this reminded me of campus: A place once bustling with noise and energy, fallen silent. Yet there is something beautiful about that. It wasn’t the waterfall I expected to see, but it was absolutely gorgeous in its own frozen way. This isn’t the campus I expected to inhabit, but it remains beautiful in its stillness.