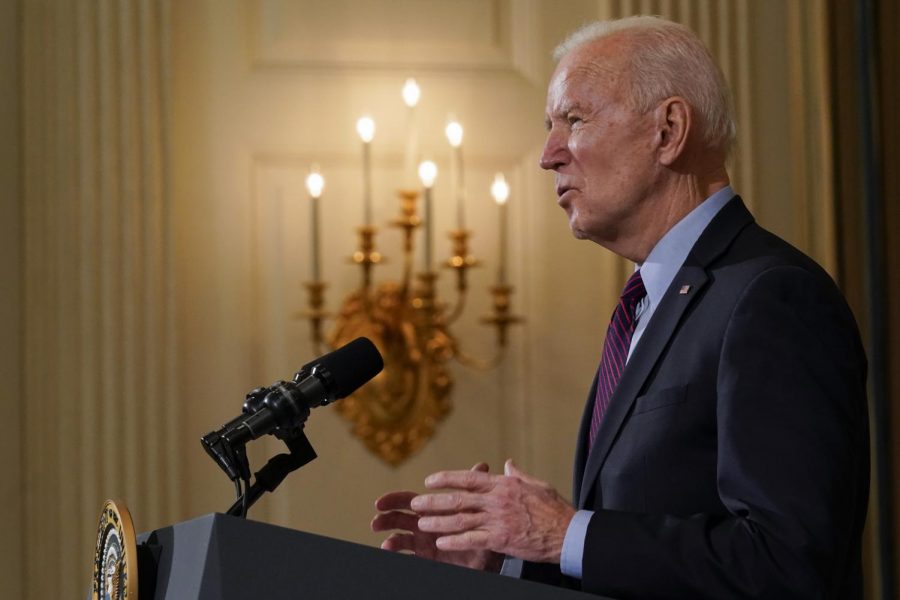 President Joe Biden speaks about the economy in the State Dinning Room of the White House, Friday, Feb. 5, 2021, in Washington. (AP Photo/Alex Brandon)

In a letter to Democrats prior to the vote, Speaker Nancy Pelosi said, “Our work to crush the coronavirus and deliver relief to the American people is urgent and of the highest priority.”

In order to pass this bill, Democrats used a process called “budget reconciliation,” which requires fewer votes to pass a major budget bill. This is in response to Senate Republicans’ vocal opposition to the legislation.

Through this process, the Democrats’ slim majority was tested, as Vice President Kamala Harris cast her first tie-breaking vote in the Senate, which hinges on a 50-50 split. After broadcasting his desire for bipartisanship during his campaign, Biden faced criticism for this move. Yet this latest move brushes aside Republicans entirely, bypassing their approval.

“He didn’t run on a promise to unite the Democratic and Republican Party into one party in Washington,” she said in a briefing at the White House.

However, Biden did offer Republicans a small bonus: he acknowledged that he favors constraining the scope of the stimulus payments, limiting them to households that earn less than $300,000 a year.