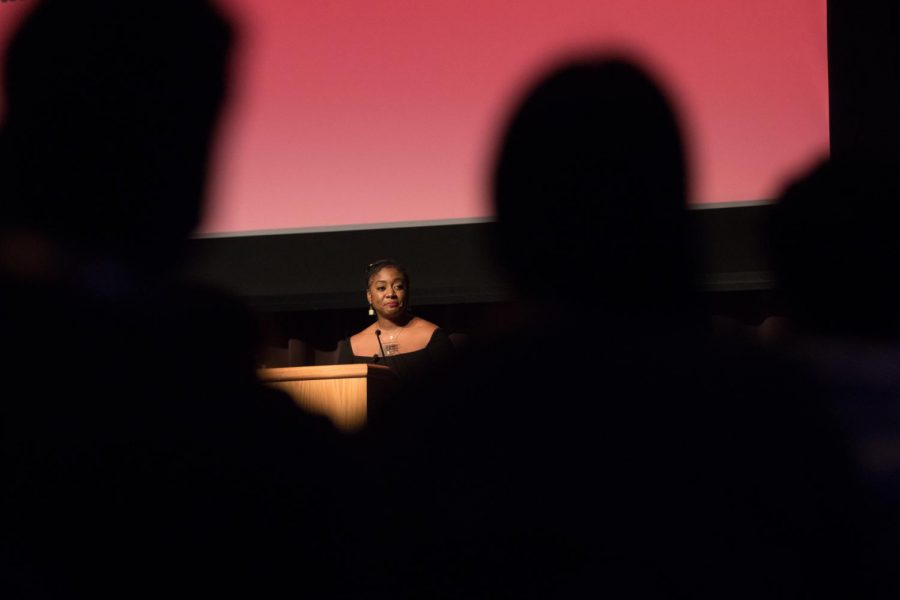 Honoring Black Activists
According to The Association for the Study of African American Life and History, founded by Carter G. Woodson, the story of Black History Month began in Chicago during the summer of 1915. African American achievements that progressed after slavery were discovered as several people across the country visited exhibits. Woodson started to accompany other visitors to a black history exhibit.

After a successful promotion of African American achievements, an Omega Psi Psi fraternitiy created Negro History and Literature week, later renamed as Negro Achievement Week, in 1924. Woodson initiated the celebration of Negro History Week in 1926, which eventually became Black History Month in 1976. February is the month that recognizes African Americans, their achievements and roles in significant events in U.S. history. In honor of  Black History Month, The Carroll News selected four Black change makers and activists who are positively impacting the world.

Amanda Gorman is a 22-year-old American poet who recently made worldwide headlines for her poem “The Hill We Climb,” which she wrote for and recited at the Presidential Inauguration on Jan. 20. Gorman will go down in history as the youngest Inaugural Poet and the first to recite a poem at the Super Bowl, which she did on Feb. 7. She has written for the New York Times and has three books forthcoming with Penguin Random House, according to her website.

Recently reported by USA Today, Gorman appeared on TIME magazine’s 100 next 2021 list, a list of 100 leaders globally on the rise of shaping the future. TIME magazine published an interview of Gorman, conducted by former First Lady Michelle Obama, discussing Black art, identity and Gorman’s optimism. When questioned about her place in the Black arts renaissance, Gorman discussed the varying facets and ways of expression at this very moment.

“What’s been exciting for me is I get to absorb and to live in that creation I see from other African American artists that I look up to. But then I get to create art and participate in that historical record,” said Gorman. “In all the forms of expression of human life, we’re seeing that artistry be informed by the Black experience.” Gorman by Michelle Obama, also.

21-year-old Yara Shahidi is most recognized for her role as Zoey Johnson from the American sitcom “Black-ish” and spin-off series “Grown-ish.” According to Business of Fashions’s 500 list, “Among her generation, Shahidi is known as an activist for feminism and STEM awareness, passions that spawned early and maybe partly harked back to her paternal grandfather, who spent time with the Black Panthers in their heyday.”

Shahidi has been featured on an episode of  “Forward: The Future of Black Music” by Facebook Watch on Feb. 16 and can also be seen in the Netflix miniseries “Amend: The Fight for America” that focuses on the 14th Amendment’s influence. John Carroll junior Esther Mba said, “Yara Shahidi is a trailblazer when it comes to black activism. She is an actress, a model and a current Harvard law student, who never fails to represent black culture in whatever she does.

She is a role model on and off screen and uses her platform as much as she can to promote justice and drive change.” According to Business of Fashions’s 500 list, “Among her generation, Shahidi is known as an activist for feminism and STEM awareness, passions that spawned early and maybe partly harked back to her paternal grandfather, who spent time with the Black Panthers in their heyday.”

Deray Mckesson, a well-known leader of the Black Lives Matter Movement, calls for reform of both the justice system and policing. The 35-year-old is a civil rights activist, an author, and is acknowledged as co-founder of Campaign Zero. Wbur.org reported, “In 2016, police arrested DeRay Mckesson at a demonstration in Baton Rouge, Louisiana, saying the Black Lives Matter activist ignored an officer’s request to get out of the road.”

He emphasizes how systemic racism discriminates against people of color when it comes to the government and law enforcement. Years later, the Supreme Court supported Mckesson in a lawsuit over an officer who was was injured at the same 2016 protest. Mckesson actively uses social media to speak out on various subjects.

“We deserve a world where Black people are safe & we know that can’t happen until we move beyond policing. There are a host of strategies to get us to abolition currently being pursued. I’ve never been more confident that we will get there,” he tweeted back in June 2020.

According to TED.com, “Alicia Garza launched a global movement with a single Facebook post that ended with the words: ‘Black lives matter.’” She along with the other co-founders of  #BlackLivesMatter, Patrisse Cullors and Opal Tometi were interviewed for a TED Talk in 2016. Garza is a change maker who has made it her mission to fight against the many inequities of society through her work.

Not only is Garza the co-founder of #BlackLivesMatter and the Black Lives Matter Global Network, the Strategy & Partnerships Director for the National Domestic Workers Alliance and Supermajority, as stated on her website. Garza shares her experiences with activist work in her book “The Purpose of Power: How We Come Together When We Fall Apart,” which provides an essential guide about how to build up movements after identifying a call to action.

During an interview with Forbes contributor Marianne Schnall, Garza stated, “Too many people still think that racism is what happens when people are mean to each other, but racism has nothing to with people being mean to each other and has everything to do with the rules that are rigged to keep those designated as the Other away from the resources and power they need to live well.”