“It only has to happen one year, and they’ll claim it will happen for two more. And that would be budgetary hardship. And once you have budgetary hardship, you can fire anyone you want to fire, which means that effectively there is no more tenure at John Carroll University.” 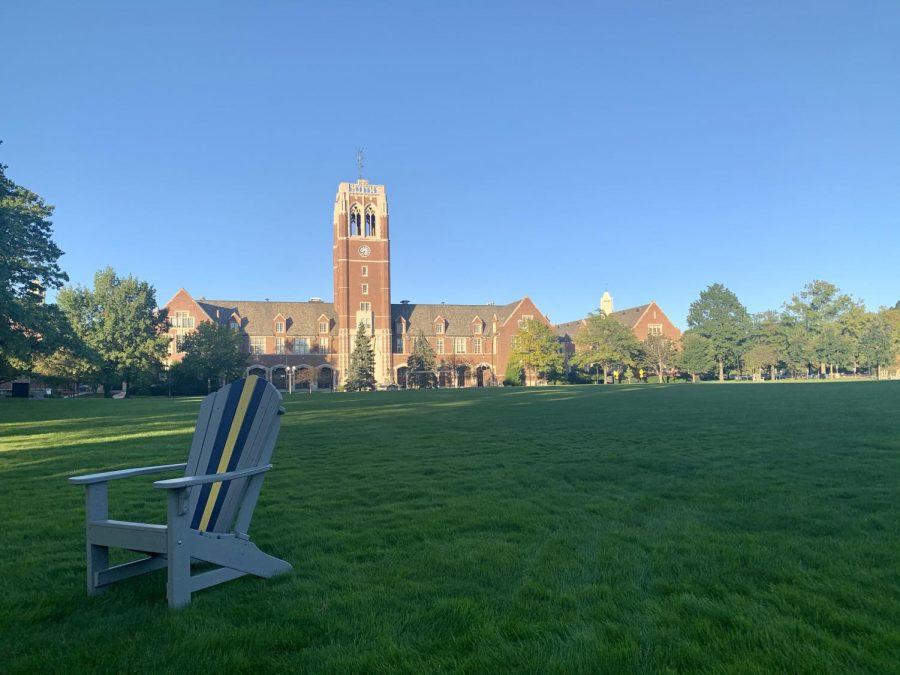 John Carroll University’s Board of Directors approved amendments to the Faculty Handbook on Monday that grant the administration the freedom to fire tenured faculty members without cause if JCU faces “budgetary hardship” — a much lesser requirement than the previous standard of “financial exigency,” which means an imminent financial crisis that threatens the survival of an institution.

The amendments also assert that when faculty are fired, “such employment decisions will not be subject to appeal.”

Faculty say the amendments will have an “eviscerating” effect on tenure and the academic freedom that allows faculty to teach and speak freely.

The administration does not believe the amendments do what faculty say they do with regard to tenure. Assistant Vice President of Marketing and Communication Mike Scanlan provided a statement on behalf of the John Carroll administration late Tuesday, which said in part:

“The Board believes that one of the most effective ways to preserve tenure and academic freedom and to attract outstanding faculty is to continuously strengthen the University’s academic offerings and overall student experience. This requires the ability to effectively steward the University’s resources for the long term. These amendments, along with many other activities underway, will help accomplish that objective and allow John Carroll to continue delivering on its Jesuit mission to the benefit of our students and the broader community.”

The Carroll News reached out to Provost Steve Herbert, President Michael Johnson and Chairman of the Board William Donnelly. They have yet to make a comment.

“The Board’s decision to pass their amendments today is a rejection of months of efforts to build a partnership based on shared governance,” Brent Brossmann, tenured faculty member and Chair of the Faculty Council, said in an email to faculty Monday that was shared with The Carroll News. “It demonstrates a shortsighted approach that will have substantial negative implications for the University. It reveals an utter lack of respect for the roles of academic freedom, tenure and the faculty in a university.”

Brossmann also warned that a lack of such protection will cause faculty to leave John Carroll and create problems in hiring new professors.

“If allowed to stand, this amendment will eviscerate academic freedom, encourage current faculty to leave and discourage new faculty from coming. … It will fundamentally change the relationship between the faculty and the University in ways that will harm JCU.”

The American Association of University Professors, the national experts on issues of tenure and academic freedom, said in an “advisory letter” after examining John Carroll’s proposed amendments last fall, that this decision “would deny the faculty meaningful involvement in many of the crucial decisions that would affect their livelihoods and the academic mission of the institution; and they would deprive the faculty of vital due-process rights to contest those decisions. John Carroll University would in effect be eliminating tenure as it is commonly understood.”

The Board rejected alternatives proposed by the Faculty Council, which represents all members of John Carroll faculty. “We’ve been talking to the Board since September, and we’ve offered everything,” said Brossmann in an interview. “We’ve given 10 or 12 different proposals of things that we could do to save money. We’ve offered furloughs. We’ve offered to pay for some things that the University has always offered for free. So we sat down and said, ‘We will offer you all kinds of things to get to the dollar figure we need to get to. But don’t take away tenure.’”

Retirement benefits were also taken away from the University staff, who support faculty and the University, a move the faculty disagreed with.

Tension within the University came to a boil back in September 2020, when two tenured Art History faculty members were laid off with a year’s notice. The controversial decision was reportedly due to budget cuts and the elimination of the Art History Department. Since then, the Board, which is primarily made up of university alumni donors, has been working to “eliminate tenure as the rest of the world understands it,” according to Brossmann.

Tenure secures professional freedom and academic security for educators. “Once you are tenured, you have lifetime security, and the only ways that you can be fired from your job as a professor is because you quit teaching or you did something to a student that you should never have done or something along the lines of cause,” said Brossmann.

Until Monday, tenured faculty members could only be fired without cause if the University faced “financial exigency,” meaning imminent danger of bankruptcy. The Board has now changed that requirement to “budgetary hardship” — a much weaker requirement.

In many cases, students’ tuition and room and board payments can sustain a university’s finances, but those fees alone do not completely support a university.

Like many other universities, John Carroll has faced financial hardship in the face of a global pandemic. Even prior to the COVID-19 outbreak, the University has seen financial challenges.

“For a period of 12 consecutive years, the University has dipped into its endowment to cover costs because the amount of money it was raising from room, board and tuition didn’t cover the cost of running the institution,” said Brossmann.

In an attempt to balance the budget, the Board has decided that if John Carroll declares budgetary hardship, the University has a right to fire tenured faculty. “The University isn’t anywhere near financial exigency, we have plenty of money,” said Brossmann. “The Board wants a new threshold when determining what budgetary hardship is.”

The Board has determined new guidelines that enable them to declare a state of budgetary hardship if the University’s revenue misses the budget by 6% in a given year and the University can project that revenue will continue to dip over the next two years.

“It only has to happen one year, and they’ll claim it will happen for two more. And that would be budgetary hardship. And once you have budgetary hardship, you can fire anyone you want to fire, which means that effectively there is no more tenure at John Carroll University,” Brossmann said.

With 177 members of JCU’s faculty tenured or on the tenured track, this news is devastating for academic freedom, said Brossmann. “Tenure is the protection of academic freedom. It allows faculty to express ideas that may be controversial.”

Professors challenge students to think critically about politics, reproductive rights, sexual orientation and racism, for example. Tenured academics are able to approach these controversial topics due to the protection of tenure.

“Faculty members won’t be willing to talk about those things any more because if they irritate somebody badly enough, then that person registers a complaint. The University could fire them,” Brossmann said.

“It will be very difficult for us to be encouraging our students to ‘go forth and set the world on fire’ because those things require students to understand the transformative role that they have in society, and to help them have a transformative role, we [the faculty] have to challenge your current assumptions. And now it’s going to be incredibly risky to do that. Our jobs are on the line if we challenge your assumptions.”

“Talk about a University that advances social justice issues, and they’ve just told the faculty that if we fire you just to save money, you don’t have the right to appeal the reasons why you were fired,” said Brossmann.

Editor’s Note: This story has been updated.