It’s time for a federal cap and trade program 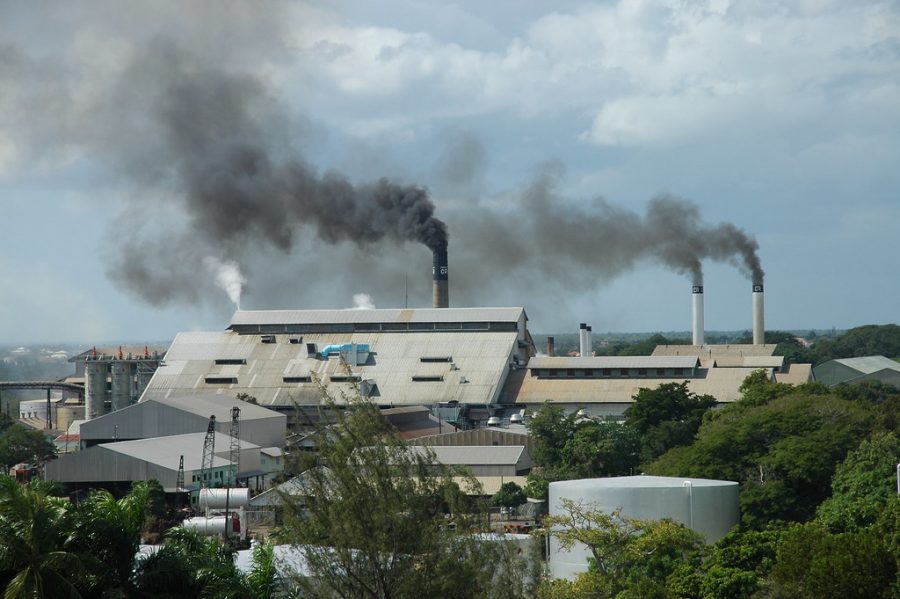 It is estimated that every 1,000 tons of carbon burned today will cause the premature death of one person at some point over the next 200 years. Globally, we burn 36 billion tons of carbon every year. Put another way, left unmitigated, every year our carbon emissions will kill 360 million future people. The World Health Organization predicts 250,000 of those deaths will occur in the next two to three decades.

While these numbers are rough estimates taking into account multiple possible factors, they indicate the massive scale of the crisis ahead of us. With figures the size of these, the exact number isn’t what matters. What is the difference between 10 billion deaths and 100 billion deaths? Either way, we are falling head first into catastrophe.

Why, even with scientific consensus that we are doing irreversible damage to the earth, do we continue to pollute so heavily? A useful explanation lies in a decades old economic theory: the tragedy of the commons. The classic formulation of this theory is to imagine a hypothetical pasture shared by a group of shepherds. One shepherd decides she wants to raise another sheep. This sheep provides a great benefit to her while only taking a small bit of extra resources from the shared pasture. Eventually, everyone is doing the same. The pasture can’t support it, which harms everyone and might destroy the pasture.

The broken logic of pollution

A good way of thinking about this theory is to use some simple math. We could represent this situation by writing that one sheep provides our shepherd with +1 unit of utility while the resource costs associated with raising the sheep subtracts only a fraction of one unit, say -0.1. Well that’s a pretty easy calculation for our shepherd to make. Obviously she’ll take another sheep!

The problem is that every other shepherd is making the exact same calculation. And all those  negative 0.1 units don’t just vanish. Soon enough, all those fractional units add together, and the pasture becomes overgrazed, hurting all the shepherds.

The logic of air pollution is very similar. The environmental costs any one polluter faces from his or her actions is negligible. But, added together, they have a massive impact on society. In fancy economic jargon, the cost polluters face for burning carbon is being externalized. They aren’t paying the full price for burning carbon, and in the end, society pays the difference. This logic is what makes it so easy to pollute. But, interestingly, this problem might just hold the answer.

If we somehow factored in all these extra social costs of carbon emissions, carbon would cost way more to burn. In fact, it would probably be much more expensive than any other energy source. So, in a system where the dollar rules, making carbon more expensive probably means burning a lot less of it.

How do we achieve this? The best answer: cap and trade. Often more formally referred to as an emissions trading scheme, cap and trade is a method of making the price of carbon more reflective of its true social cost.

These permits are then auctioned off to corporations wanting to burn carbon, essentially forcing them to pay an extra price for every unit of carbon they burn. The really interesting feature of cap and trade is the “trade” part. If a company figures out a way to limit its pollution so that it has extra permits left over, it can sell those permits to other companies. What this means is that, not only would cap and trade raise the cost of burning carbon, but it would actively reward companies that find innovative ways to limit pollution.

Cap-and-trade programs have already been implemented across Europe, in parts of Canada and in a few U.S. states. They have proven remarkably effective in reducing carbon emissions. A federal cap-and-trade program would multiply these effects while positioning the United States to lead the way in the new green era.

We need to totally rethink how our society operates. As Kim Stanley Robinson points out in his excellent new novel about climate change, “The Ministry for the Future,” the industrial era is only a few hundred years old, comprising only a fraction of human history. Before industrialization came a wide variety of different eras, characterized by different trends, societies, problems and solutions. Their unifying feature: every prior era in history has proved fleeting. Kings died, empires fell, cultures withered and eras ended.

While this era of industrial pollution might be all our generation knows, it is hardly all that humanity knows. At some point, this era too must come to an end.

Technology and innovation got us into this mess, and it can get us out. There are a whole host of emergent technologies offering a glimpse into a greener future. For instance, we can modify crops to resist droughts, design buildings and cars to be energy neutral (or even negative), invest in fusion power to provide clean energy to cities, use our knowledge of ecology to rewild destroyed habits and restructure economies to factor in the true cost of pollution.