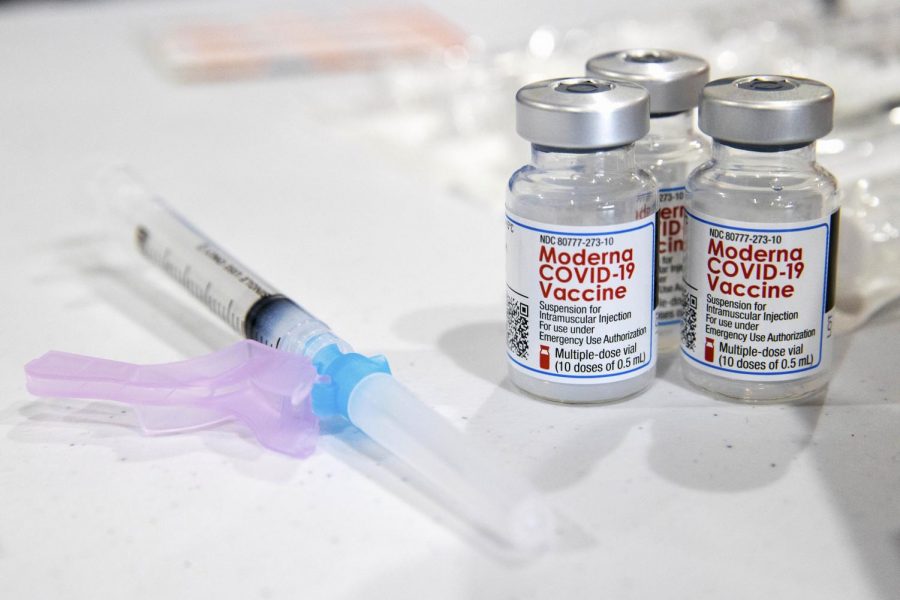 As coronavirus vaccines are approved for emergency use, skeptics are worried about efficacy rates.

If these were listed as possible choices for which vaccine you would take, obviously you would choose the 95% or 94%, right? It’s the obvious pick. You’ll want the vaccine with the highest percentage chance of working.

That’s the inner dialogue many Americans are facing as vaccination clinics and mass vaccinations sites open up. Pfizer and Moderna have both produced vaccines with 95% and 94% efficacy, respectively. However, Johnson & Johnson has created a vaccine with only 66% efficacy.

The difference is that the Pfizer and Moderna vaccines are two-dose vaccines that must be stored at extremely low temperatures, while Johnson & Johnson is a one-dose vaccine that does not require storage at such extreme temperatures.

But efficacy rates are far from the most important measurements when it comes to COVID-19 vaccines. To figure out why 66% is a perfectly acceptable vaccine, you first have to understand what vaccines are meant to do in the first place.

Efficacy rates are calculated during large-scale clinical trials, which all vaccines have to go through in order to be used on the general public. These trials often involve tens of thousands of people, half of whom get the real vaccine and half of whom get a placebo vaccine.

After that, the people return to their lives, as scientists track whether they contract COVID-19. For example, in Pfizer’s test of about 43,000 people, 170 people were infected with COVID-19, according to Pfizer. Efficacy rate comes from how many of those people were from the placebo group versus the real vaccine group. If all 170 infected people were in the placebo group, then the vaccine would be considered to have 100% efficacy.

Out of those 170 people, 162 people in the placebo group contracted COVID-19, while the other eight received the real vaccine, which means that people who received the Pfizer vaccine were 95% less likely to get the virus. This doesn’t necessarily mean that only five out of every 100 people will get COVID-19 after getting the vaccine. Rather, each individual person will be 95% less likely to contract the virus.

However, the catch is that all these vaccine trials have been conducted under very different circumstances. COVID-19, as we know, has been unpredictable, and the condition of the world is different from month to month. Since these vaccines have only been used in emergency trials, we haven’t been able to test all the vaccines in the same way to get comparable efficacy rates.

For Pfizer and Moderna, their trials were conducted solely in the U.S. during the summer of 2020, which saw a lull right after a second spike. During this time, there were never more than 40 cases per 100k people, according to STAT.

Johnson & Johnson trials, however, were conducted in the U.S., South Africa and Brazil, where the new variants of COVID-19 were present and widespread. The U.S. trial took place during September 2020 to January 2021 when the virus was much more prevalent and more trial participants were vulnerable to infection. It only makes sense that the vaccine has lower efficacy because COVID-19 was more rampant during the trial.

There are too many variables to consider when comparing these vaccines. If the trials had been performed in the same place at the same time, then there would be grounds to compare the vaccines. But as a whole, there’s no sense in comparing products that weren’t tested in the same conditions. Comparing Johnson & Johnson to Pfizer would be like comparing how safe cars were before and after traffic laws were enacted.

Let’s talk about why these efficacy rates really shouldn’t matter anyway. The primary purpose of a vaccine, shockingly enough, is not to prevent any infection at all.

Catching COVID-19 for people who are considered high-risk is nearly a death sentence, overwhelms hospitals, causes demand for ventilators and fills ICU beds. However, after receiving the vaccine, the virus is essentially “unarmed.” In every trial of vaccines that are being used today, not a single person was hospitalized or died as a result of COVID-19, according to Vox.

The vaccines remove the virus’ ability to cause life-threatening symptoms, neutralizing it to be more like a common cold rather than an infection causing a global pandemic. All three vaccines in emergency use in the U.S. have a 100% efficacy rate against death, which is the only statistic that should truly matter.