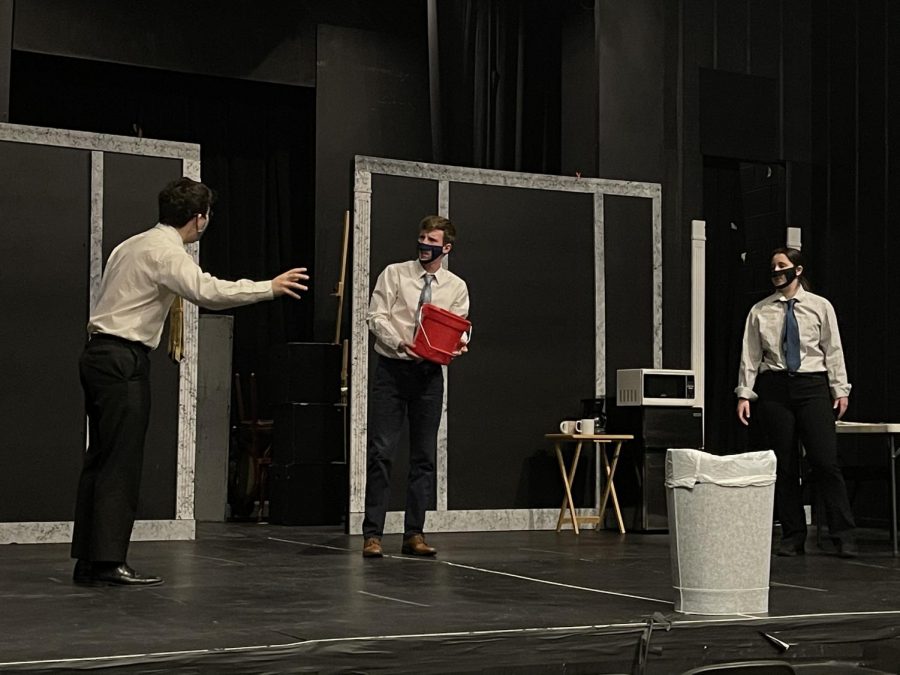 Giba, Alex Rajakovich ‘21 and Walsh act out a scene. Rajakovich holds a bucket that is filled with water and attempts to put out the fire. (Photo courtesy of Evelyn Lindrose ‘21).

“Garbage Fire,” an original play written by Jack Connelly ‘20, was performed March 26-28 in Marinello Little Theatre. This show was the first in-person theater production on campus since last year. Evelyn Lindrose ‘21 directed the show alongside Connelly. Though the audience watched on Zoom, actors were live on stage.

Lindrose said, “Essentially, the show is an absurdist comedy about two office workers realizing how unhappy they are in their 9-5 office jobs. The two stumble upon a garbage can on fire that inspires them to change their outlooks on life completely.”