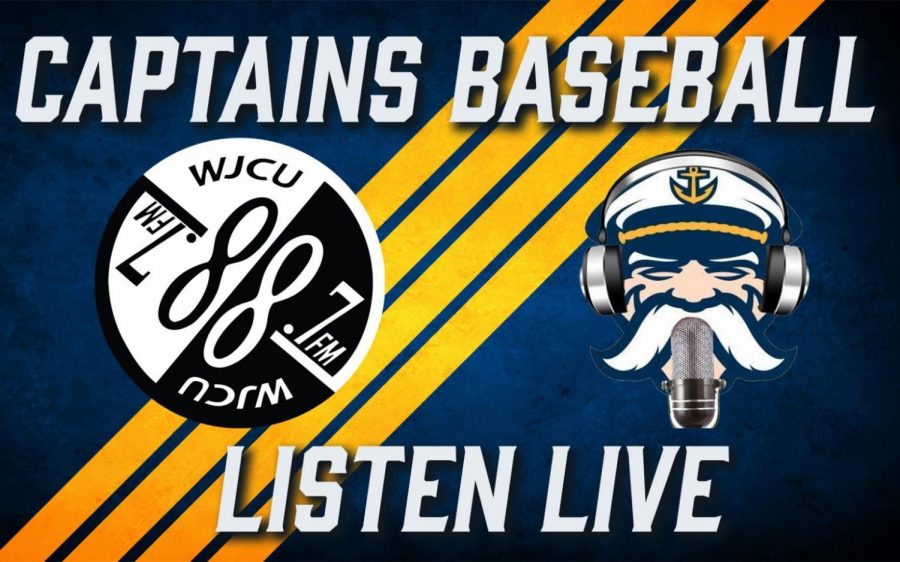 With this partnership, WJCU.org becomes the official source of Captains baseball broadcasting for the 2021 season. All Captains games will be produced in the WJCU studio and live-streamed on WJCU.org.

One of the most exciting aspects of this partnership is the radio broadcasting producer position opened for John Carroll students, who are interested in learning how to produce a professional broadcast and also gain business experience.

“I want to help a student get a one-on-one education in broadcasting,” said Captains Manager of Broadcasting, Media Relations and Social Media Andrew Luftglass. “By producing with us for a full season, our student producer will get a chance to learn the intricacies of a professional broadcast every day and, hopefully, grow with each game.”

“They will gain experience not only in broadcasting but also in the business side of Minor League Baseball. You have to be versatile to succeed in minor league sports, so having this experience will help that student stand out when they enter the job market,” said WJCU General Manager Jasen Sokol. “They will also be able to share what they’ve learned with other members of the WJCU sports team, which should increase the quality of our broadcasts of JCU sports.”

“All of this is really a testament to the quality work being done by our students,” said Sokol. “I quickly learned when I got here last year that John Carroll is a great place to be if you want to be in sports media. We wouldn’t be able to make a deal like this if we didn’t have students capable of putting together a professional-quality broadcast. I think Captains fans will be impressed with what they hear this year.”