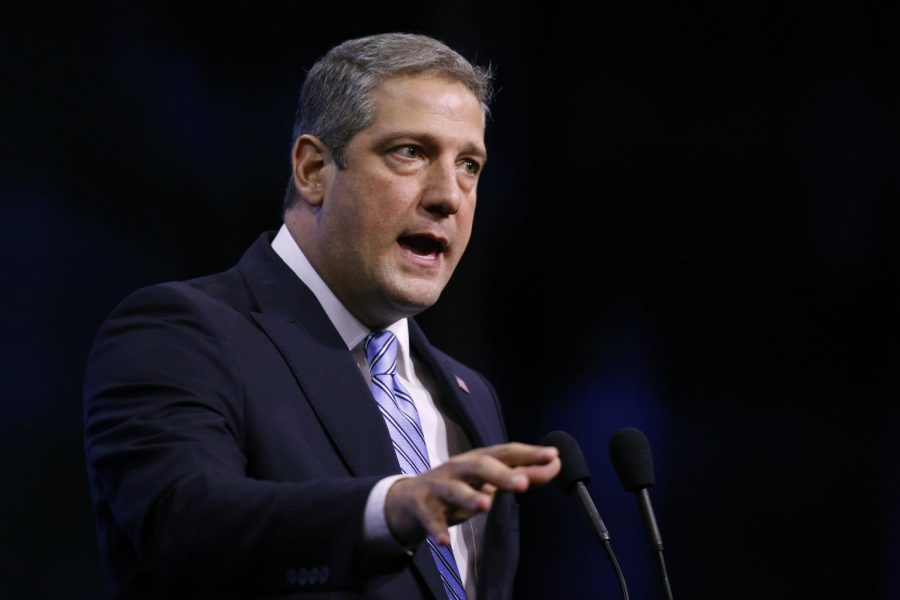 In this Sept. 7, 2019, file photo, Rep. Tim Ryan, D-Ohio, speaks during the New Hampshire state Democratic Party convention in Manchester, N.H. Ryan, a 10-term representative from Ohio's blue-collar Mahoning Valley, officially launched his bid Monday, April 26, 2021, for a coveted open Senate seat in Ohio. He becomes the Democratic frontrunner as the party goes after Republican Rob Portman's seat in what stands to be one of 2022's most closely watched Senate contests.

Rep. Tim Ryan, a Democrat and former presidential hopeful, announced Monday that he will be seeking the vacant Senate seat left by Sen. Robert Portman in 2022.

In his announcement on Twitter, Ryan made it clear that he is on the workers’ side in Ohio, not big corporations. “It can’t be businesses versus workers,” Ryan said. “This is a partnership. But that partnership needs to be redefined. We have to cut workers in on the deal.”

Katy Zoller, president of John Carroll’s Students Demand Action, said, “We are excited to see Rep. Tim Ryan run for Sen. Portman’s vacated seat. We hope that Ohio elects a candidate with common-sense gun ideals who will work to keep our communities safe.”

Ryan, 47, competed briefly in the Democratic presidential primary in 2020, positioning himself as a working-class champion in the industrial Midwest. However, he dropped out in October 2019 after months of struggling to attain relevancy among the crowded field of candidates.

His upcoming Senate campaign may find similar obstacles, as Ohio has trended towards the GOP with Republicans winning most statewide races in the past 30 years. Former President Donald Trump won the state by eight points in 2016 and 2020, according to NBC News.

Ryan is the only Democrat so far to announce his candidacy, but Republicans have no shortage of candidates running in their primary. Two notable names are Josh Mandel, the former state treasurer and a three-time Senate candidate, and Jane Timken, the former Ohio Republican Party chair. Other potential contenders include businessmen like Mike Gibbons and Bernie Moreno, author J.D. Vance and Rep. Michael Turner.

“Somewhere along the way, something broke,” Ryan said as he and his son approached an abandoned factory in his campaign announcement. “We forgot what made us successful in the first place. … We need to hit the reset button. We need to re-imagine the entire thing.”