Census reapportionment, and what that means for Ohio 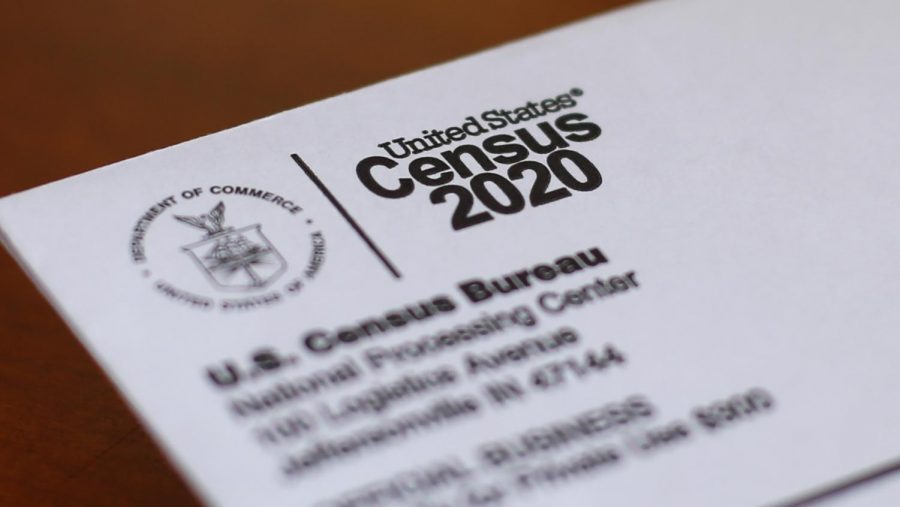 This April 5, 2020, file photo shows an envelope containing a 2020 census letter mailed to a U.S. resident in Detroit. Michigan's slow population growth over the past decade will cost the state a U.S. House seat, continuing a decades-long trend as job-seekers and retirees have fled to other states.

Towards the end of every decade, the U.S. Census Bureau records every individual residing in the country. This is done for many reasons like allocating federal funds among states. One of the most important uses of the census data is determining how many congressional districts each state will have for the next 10 years in the House of Representatives. On April 26, the Bureau announced the census reapportionment, which reveals the states that will add or lose districts. This year’s results present vast implications for the country, as well as Ohio, in terms of which party will hold an advantage for the next decade.

In reapportionment, a state gaining or losing seats is dependent on whether or not that state’s population growth or decline exceeded the nation’s as a whole. Democrats were nervous going into the census as blue states like New York and California were projected to lose seats, whereas red-leaning states like Texas and Florida were projected to gain seats. When the reapportionment was announced, Democrats found themselves pleasantly surprised. According to the Bureau, California and New York will only lose one seat each. In fact, New York wouldn’t have lost any if 89 more people had filled out the census. In addition, Texas and Florida, which were projected to receive a handful of seats, only added two seats and one seat, respectively. Colorado, Montana, North Carolina and Oregon will also each receive a seat, whereas Illinois, Michigan, Ohio, Pennsylvania and West Virginia will lose a seat.

Reporter Dave Wasserman of the Cook Political Report maintains that the only surprises were that Rhode Island maintained its two districts and Arizona did not gain a 10th district. Wasserman also reported that this reapportionment was not as bad as Democrats anticipated, as Joe Biden still would have won with 303 electoral votes based on the makeup of these new districts, compared to his original 306-vote win.

Ohio will lose a seat next year, which will be the fifth straight census cycle that Ohio has lost House seats. Unfortunately, the loss of yet another seat brings up fears of a recurring problem in Ohio politics: gerrymandering. Ohio’s post-2010 House districts are considered to be some of the most gerrymandered in the country, maintaining a consistent 12 to four Republican advantage since their debut in 2012.

That being said, the Ohio legislature passed anti-gerrymandering legislation based on state referendums that are scheduled to take effect this year, such as having more minority party members involved in the redistricting commission. In addition, the Ohio Supreme Court is decidedly opposed to further GOP gerrymandering, due to the three Democrat-aligned judges and conservative chief justice, Maureen O’Connor. This is especially important, as the U.S. Supreme Court decided in 2019 that only state supreme courts and legislatures can rule on the redrawing of districts.

Though we know Ohio is slated to lose a seat, it has not yet been determined which seat it will be. It will likely be Rep. Tim Ryan’s 13th Congressional District because it only went to Joe Biden by 3% despite going to Barack Obama by 27% in 2012. Additionally, Ryan announced earlier this week that he plans to run for the vacated U.S. Senate seat that will be left by outgoing Sen. Rob Portman. Therefore, eliminating a district soon-to-be vacated by its incumbent likely will not be controversial.

Feel free to call me a cynic, but I remain skeptical. It was the Ohio Republican Party that drew the abomination that is our current congressional map. When the aforementioned Supreme Court lawsuit went to Washington, the Ohio GOP opposed it vehemently and were overjoyed when it was dismissed in a decision with which I personally disagree.

Additionally, the GOP deployed the infamous Karl Rove into Ohio this past election cycle to work with conservative state Supreme Court candidates in order to keep redistricting completely in Republican hands. Even with all this anti-gerrymandering legislation and a state Supreme Court with a majority against extreme GOP gerrymandering, I can’t help but be too pessimistic for my own good. Ultimately, at the dawn of a new decade, Ohio finds itself at a crossroads concerning what its near political future will look like.