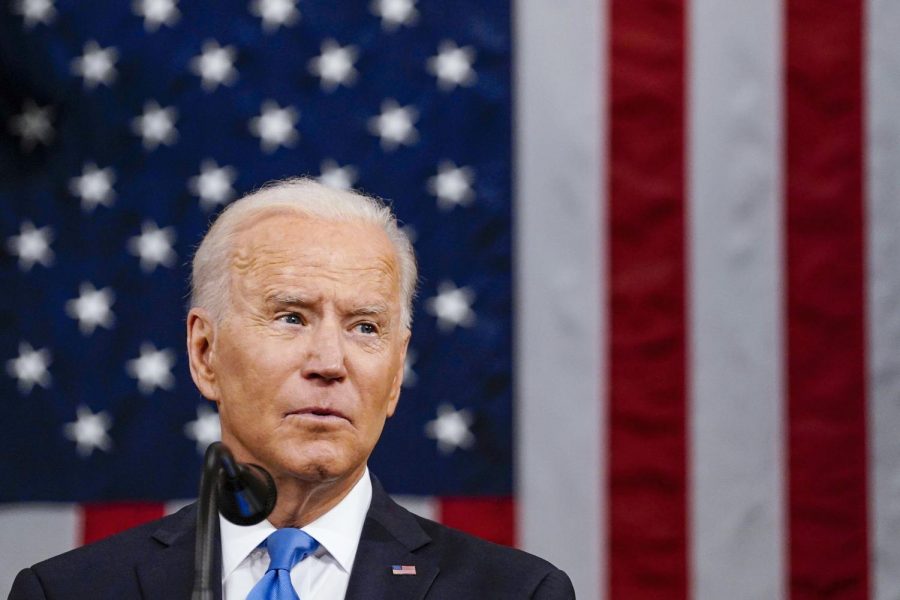 School lockdowns have been a part of our lives since elementary school. With gun control being a major issue in the wake of recent mass shootings, it’s important to know our current president’s stance on the matter.

It is well-known that President Joe Biden supports gun control legislation. When he was a Senator 25 years ago in 1994, he helped pass the Public Safety and Recreational Firearms Use Protection Act, which effectively banned assault weapons. According to NPR, the bill “prohibited the manufacture or sale for civilian use of certain semi-automatic weapons. The act also banned magazines that could accommodate 10 rounds or more.” The bill expired in 2004 and at that point, the political climate had changed radically due to the terrorist attacks of 9/11.

With the sharp increase in mass shootings in recent years, public opinion is changing, as 86% of Democrats and 54% of Republicans now support an assault weapons ban, according to a poll done by Politico. Biden’s agenda seems to align with public support because he plans to ban the manufacturing of such weapons, much like his previous ban.

Biden’s website lists multiple plans for gun control initiatives. The first action Biden wants to take is to “ban the manufacture and sale of assault weapons and high-capacity magazines.” This is similar to his 1994 bill, though he plans on learning from the previous bill and building off by eliminating previous loopholes and extending the time the bill is valid to avoid its unwanted expiration. Biden is working to install regulations on the possession of assault rifles already manufactured, to ensure these weapons aren’t used in violent crimes.

Biden has also brought up the idea of a gun buy-back program. According to his website, the program will “give individuals who now possess assault weapons or high-capacity magazines two options: sell the weapons to the government, or register them under the National Firearms Act.” Biden also supports restricting people to only buying one assault rifle each month; this way, people cannot stockpile weapons.

If it were only up to Biden, background checks would be mandatory and loopholes would be closed, ensuring that guns can’t get into the hands of dangerous individuals, including individuals who struggle with mental health issues. Biden has already promised executive action on these issues but has yet to implement any executive orders on gun control according to CNN’s list of Biden’s executive orders.

In America, 142 people have died in mass shootings between January and March in just this year alone, with almost 500 wounded from the incidents. A total of 126 mass shootings in the first three months of 2021 is a warning that something isn’t working in our country. Four mass shootings occurred on April 18th alone in Alabama, Michigan, Louisiana and Wisconsin.