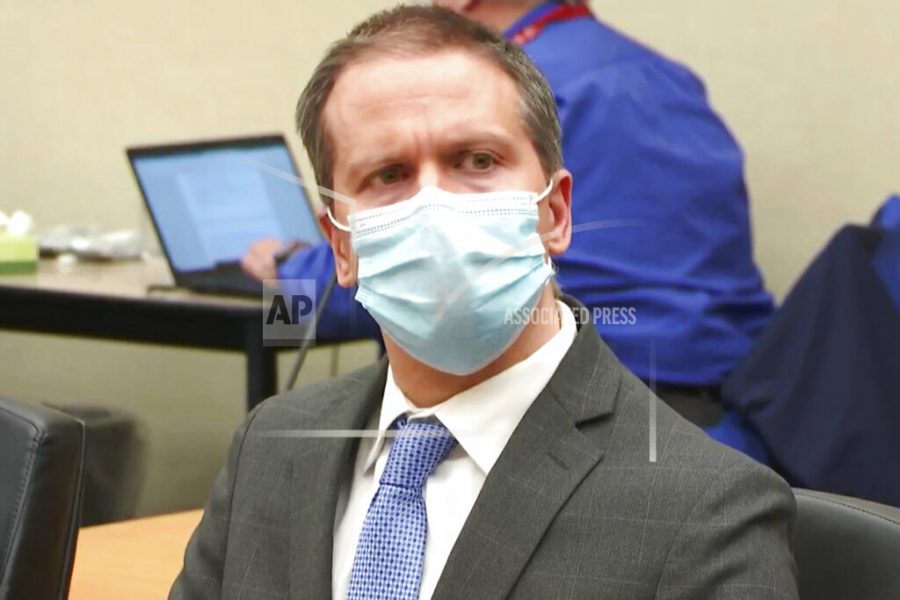 In this image from video, defendant, former Minneapolis police Officer Derek Chauvin, listens to verdicts at his trial for the 2020 death of George Floyd, Tuesday, April 20, 2021, at the Hennepin County Courthouse in Minneapolis, Minn. (Court TV via AP, Pool)

On May 25, Minnesota resident George Floyd had the police called on him for allegedly attempting to purchase cigarettes with a counterfeit bill. What happened next rocked the nation: during the arrest, Minneapolis police officer Derek Chauvin pinned Floyd to the ground and placed his knee on Floyd’s neck, in spite of his protests, for nine minutes and 29 seconds, resulting in Floyd’s death. The incident, caught on a cellphone, reignited America’s debate on policing and race. Millions across the globe protested how the justice system affects African Americans during the following summer. This movement culminated on April 20, as a jury found former officer Chauvin guilty of three charges related to the murder of George Floyd.

As closing arguments wrapped up on Monday, the jury deliberated for only 10 hours over two days before reaching a verdict. At approximately 5:05 p.m. EST, Judge Peter Cahill delivered the verdict: guilty on all charges, which included unintentional second-degree murder, third degree murder and second-degree manslaughter.

Black activists and many people in the Minneapolis area expressed relief in the wake of the verdict, as well as sorrow at everything that had happened. President Joe Biden celebrated the outcome, stating that Chauvin’s actions “ripped the blinders off for the whole world” to see systemic racism, but he added, “It’s not enough. We can’t stop here.”

Chauvin and his defense team have made no public statements at the time of publication of this article. His bail has been revoked, and his sentencing is scheduled in eight weeks.

Elizabeth Stiles, professor of political science at John Carroll and faculty advisor for the Pre-Law Society, said about the verdict, “The Chauvin trial was a very high-profile case where the death of a handcuffed man was [broadcasted] to the world through one young bystander’s phone. The case seemed strong as reported in the media, but the verdict was still surprising to many because juries have often been unwilling to convict police officers who kill suspects during the course of their duties.”

Alahn Sizemore ‘21, former president of the JCU Black Students in Action, said, “While we acknowledge and appreciate the guilty verdict, it’s important to know that it’s only the beginning. This is not a means for celebration. A police officer was finally held accountable for taking the life of a person with family and loved ones. We’d much rather have George Floyd here today than to see his murderer’s conviction.”

“It also shows that we haven’t gone far, as we instantly have our focus on Columbus, Ohio, as the police shot and killed a 15-year-old girl who called them for help. This happened just minutes after the Derek Chauvin verdict was read aloud,” Sizemore continued.

“We still have a long way to go. Hopefully, our generation is the one to bring about change.”