The Carroll News • May 6, 2021 • https://carrollnews.org/92764/campus/jcus-plan-to-tackle-the-oncoming-higher-education-hardship/

"There is the idea of, ‘What is it worth?’ and the university is trying to figure out how we prove our value." 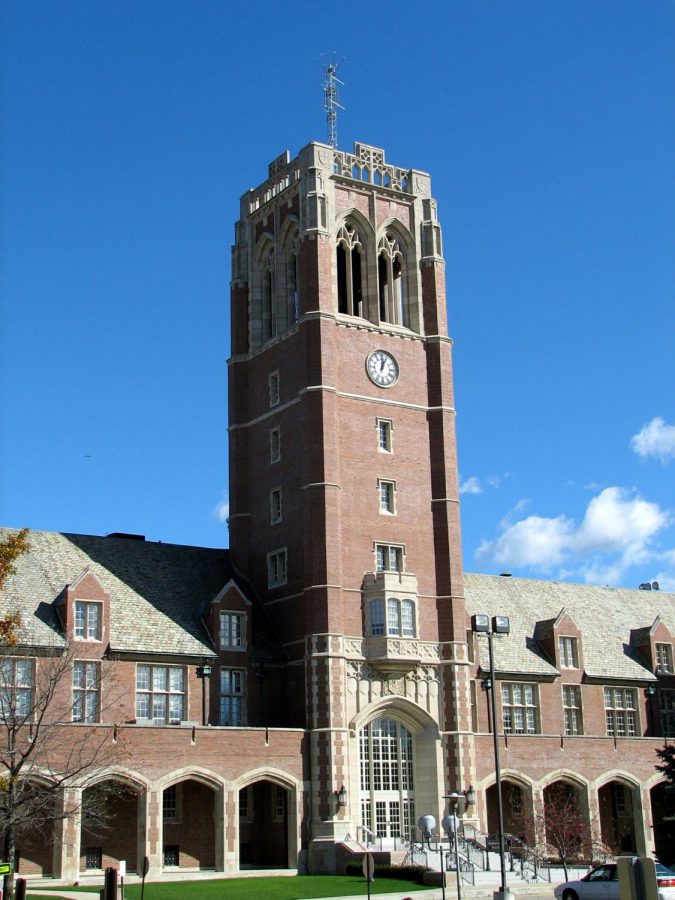 Photo by Picasa on Wikimedia Commons

The John Carroll Administration has created a plan to overcome approaching hardships.

The student population of universities is on a downward spiral, effectively putting America into a higher education crisis. In fact, according to NPR, college enrollment fell 11% between 2011 and 2019. Colleges across the nation are attempting to find out why their attendance rates are so low compared to the past. However, John Carroll University has a plan to address the potential hardship threatening many colleges’ existence with its new strategic plan.

Macro Trends states that the U.S. has seen a gradual decline in birth rates since 1988 with only a recent spike in 2019. However, although the population has fallen, graduation rates for high school seniors have risen by 0.2% since the previous decade, according to the National Center for Education Statistics. Do Something, a popular national advocacy group, also says the dropout rate for U.S. high schools has fallen 3% in recent years. This leaves many wondering about the reason for the recent drop in college attendance if birth rates are not to blame.

The most significant factor in the future of college education is the cost. According to the APS Summit, “69% of students have some (or major) concern about financing college.” FinAid also says that college tuition rates are steadily increasing at 8% each year, leading to a problem known as tuition inflation. Since two decades ago, the national average public university tuition has increased by 165%, private university tuition by 144%, and in-state tuition by 212% as stated by U.S. News.

“I am worried for the future of higher education,” Alex Lafayette ‘21 told The Carroll News. “It feels as if we have been not only boxed in by a disease out of our control, but devalued by the devaluation of our faculty and staff on campus. The sanctity of education is not something that should be treated with such a level of disregard. Lately it has seemed like students here are more like cash cows than people.”

Champlain College says that the cause for this tuition rise is partially due to economic trends. As more state funds are being directed towards other areas like healthcare and infrastructure, higher education facilities are forced to raise tuition to cover their operating costs. Due to this high cost, many students have become more selective about where they go to college or whether they go to college at all.

Assistant Provost for Institutional Effectiveness and Assessment Todd Bruce said, “The world is changing soon, so universities need to catch up. If the government does pass a GI bill or gives more grants, then everything goes back up in the air again.”

However, John Carroll has a plan to combat the upcoming higher education crisis.

Bruce discussed JCU’s new strategic plan which has “built-in concerns” for the expected drop in student enrollment. The JCU Board of Directors says the strategic plan will equip JCU for the post-pandemic college market. Bruce explained that the plan aims to find new academic programs, specifically certificate programs, that will interest incoming students while still being amenable to change if needed.

“I think it’s possible we will see a bigger shift toward affordability being a bigger concern for folks,” Bruce stated. “Gen Z is not interested in taking on a mountain of debt. There is the idea of, ‘What is it worth?’ and the university is trying to figure out how we prove our value.”

Although the deposit deadline for John Carroll’s fall enrollment has passed, the administration hopes that costs are not scaring away potential students from achieving their higher education goals.