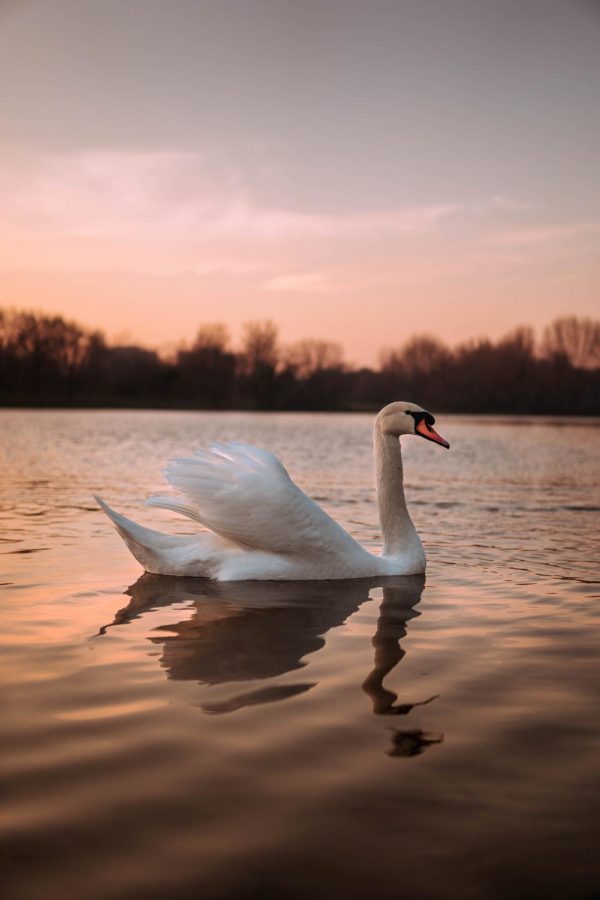 A swan swimming at sunset.

As I step down from my role as faculty adviser to The Carroll News, the editors have graciously allowed me to write a column (not usually a faculty privilege in this news outlet) looking back over my three years with the campus newspaper and issuing some warnings about the paper’s future.

First, a few words about the role of the adviser (and yes, that spelling is correct in Associated Press style). My job is to guide, but not to direct or censor, the work of the student editors who run the paper. Decision-making power resides with them.

When I first assumed this role in August 2018, this was a prodigious challenge for me. As a professor, I’m accustomed to having authority over what my students write about and how they behave in my classes. I’m used to an attitude of deference, and to students generally following my advice if they want to do well in my courses. And in the professional newsrooms where I’d worked, people scrupulously followed the guidance of senior officials like the publisher, who was not a line editor but had ultimate power. I clearly did not have that authority at The Carroll News. Decisions on what stories and topics to cover, whether and when to publish stories, when to remove or rephrase problematic statements, whether to contact sources I thought were crucial to our coverage, were entirely theirs. I could only advise and, particularly at the start, my advice was often ignored.

My first year, 2018-19, was tumultuous, largely due to a gifted columnist who attracted many readers but did not follow the university’s mission to respect the worth and dignity of every person. In an inflammatory style that is widely used in the news media today, this columnist wrote on many important issues, but did so in a way that mocked and vilified those with different points of view and lifestyles. At first, I thought this was fair game. I had worked at a major daily newspaper with columnists for whom this type of rhetoric was their stock-in-trade.

One vivid memory from that first year took place in the spring semester, when the Student Union invited The Carroll News to defend its free-speech-above-all policy during a special meeting with the LGBTQIA+ Allies, whose members had been attacked repeatedly by our columnist. Sitting in the audience, I was at the edge of the Carroll News delegation, right beside the Allies. My heart and spirit were in both groups simultaneously. To my right were students like one of my family members, a lesbian, whom I love deeply. Many had been my students, including the eloquent Emmanuel (Mannie) Brown, who spoke courageously, describing the harm done to LGBTQIA+ students by our columnist’s rhetoric and insults. Right next to me, a young person trembled constantly with fear – I wondered if this was their first public appearance as an LGBTQIA+ person. I felt and shared their pain. To my left were the Carroll News journalists I knew and loved, defending free speech, about which I care deeply. Our Editor-in-Chief Olivia Shackleton spoke well, defending the right of columnists to write their opinions and the newspaper’s job to defend them, even when many of us disagreed with their views. Despite this, more than one elected SU senator denounced one particular column as “hate speech.”

Throughout this crisis, which brought significant public attention to the University, I am proud to say that there was no censorship by the administration. But there were many meetings! I am grateful to our retired Vice President for Student Affairs Mark McCarthy as well as the current VP for Mission and Identity Ed Peck and Legal Counsel Colleen Treml (once a campus newspaper editor herself) for their patient education of the entire Carroll News editing team about the University’s Jesuit mission. Rather than caustic, divisive, incendiary rhetoric, we learned, we should strive always to be inclusive and respectful of every person. Since this is a principle I have long held sacred, I was grateful to find a way to uphold it while still respecting journalistic free expression. It is the way you say things, not the views you express, that matters.

As a result of this 2018-19 crisis, we spent many months revising the Carroll News Staff Manual to make the University’s mission and its principles stronger and clearer. We issued an apology to the LGBTQIA+ community — actually, there were two: the first in April 2019, signed by the new Editor-in-Chief Kathleen Mackey and myself; the second in November 2020 from the entire staff. We resolved to be more careful, not censoring our writers’ views, but ensuring that they were consistently respectful of alternate points of view. Not the content, just the rhetoric changed.

In the two years that followed, there were uproars of a different nature. We wrote many stories challenging administration policies: on the cancellation of the annual drag show, on the administration’s determination to use “academic prioritization” to shift resources from “weak” to “strong” departments, on the elimination of the Art History department and the firing of two tenured professors without cause, and on decisions by the Board of Directors to gut and make meaningless the concept and practice of tenure at John Carroll. We also covered the pandemic and its huge impact on the lives of students and of the University. Throughout, The Carroll News documented and investigated these events and issues tirelessly, bringing out the best in our student journalists and attracting new readers and their loyalty.

In 2020, our readership rose because the pandemic forced us completely online, where we discovered a large new audience of alumni, relatives and friends of John Carroll and the longstanding “Student Voice of John Carroll University” — our former motto as a newspaper. Readership remained strong because of our student journalists’ clear and truthful writing.

However, I must issue a warning about the future. In the past three years, The Carroll News has had the benefit of a tenured faculty adviser, one with long experience as a professional journalist. We do not know if the new adviser will have these attributes. So far, we have no word on whether there will even be a new adviser – we know only that I have been forbidden to continue in that role, even though I will still be at John Carroll. I am on step-down retirement and will teach only one course in 2021-22. You might think The Carroll News could be considered that one course, but I have been told it will not.

Suddenly, this year, there’s a new policy at the University that there will be no “course release” for tenured faculty who take on this 20-hour-a-week advisory role. This is a looming threat to The Carroll News editorial independence. Our tenured faculty are already overloaded — a load that has been increasing as the University reduced the number of tenure-track positions and replaced them with contingent, part-time faculty on short-term contracts. This has led to a much higher administrative burden on the tenured few who remain, as well as precarity and other injustices to contingent faculty. (See my writing on that issue here.) In the case of The Carroll News, this means it is very likely that the new adviser will be someone in that contingent faculty group, with no protections should there be a story that the administration doesn’t like. And believe me, this happens frequently.

This is tied to the concept of “academic freedom” that we have written about as the tenure crisis unfolded this year at John Carroll. Without the protection of tenure — only the Orwellian remnant that has been left to us, using the same word to mean something entirely different — professors can be fired at any time, for any reason, without an appeal process. So, whether the new Carroll News adviser is tenured or not, that person could be forced to step down any time the administration doesn’t like what’s written. Even the threat of that is likely to chill investigative journalism and opinion columns critical of the administration because it could get a beloved adviser fired.

As you may have noticed, The Carroll News has set a high standard in this and previous years, writing the truth about what’s going on at John Carroll. Many readers have told us, this year especially, that they turn to The Carroll News to find out what’s really going on at John Carroll. Do you want an adviser who can be fired for encouraging that truth-telling? Please let us know what you think in the comments section below or in letters to the editor.