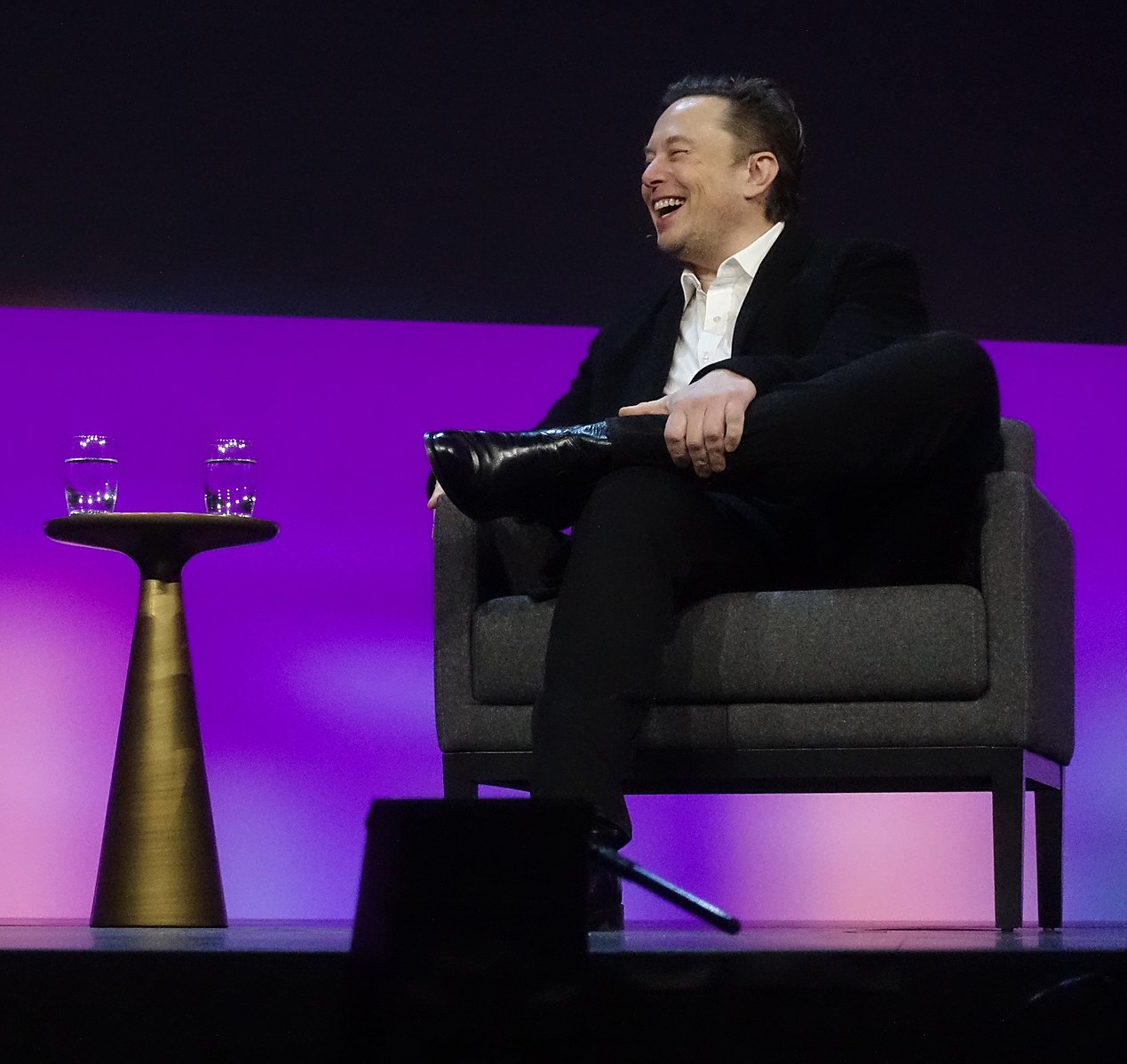 A photo of Elon Musk at his TED Talk in April, where he discussed making Twitter open source with increased freedom of speech. (Steve Jurvetson)

A photo of Elon Musk at his TED Talk in April, where he discussed making Twitter open source with increased freedom of speech.

Twitter’s board of directors unanimously accepted Elon Musk’s $44 billion buyout of the social media platform. We joke as if certain realities could not be true but we are living in one where Elon Musk owns Twitter. This sort of event makes one wonder what’s next.

Musk already has his hands, all six hundred of them it seems, in the space, electric energy, and public transportation industries. SpaceX, Tesla, and Hyperloop are some of the core endeavors that aim to help revitalize humanity’s longevity in the future. Musk is at the forefront of these efforts.

Being the richest man in the world, his influence is beginning to reach startling levels. Coupled with his reputation of memeing on the internet, a signal that he’s in touch with 21st century culture and his demeanor the impression of a child at the controls of a flying rocket, Musk remains a fascinating individual to be alive at the same time as.

Already a user capitalizing on the influence that can be gained from Twitter, Musk decided he might as well just buy the whole thing like Bruce Wayne nonchalantly buys a bank. It’s like if Jeff Bezos inquired about Facebook’s price in 2017 and then bought it out in 2022.

Although there has been a heap of backlash, what Musk promises with his purchase is a revitalization of Twitter. He claims he can unlock its potential as a “digital town square” with specific improvements centered at the enablement of free speech (a matter Musk did not trust Twitter’s leadership to do justice to) such as making the algorithms open source to increase trust, attacking the issue of spam bots, and authenticating all humans in order to create an truthful and transparent user experience.

Musk’s most interesting goal is making Twitter’s algorithms open source. Each major social media platform has its own algorithms that all compete with each other. TikTok is arguably the platform with the most successful algorithm, curating uncanny “For You” pages that represent your humor or interests to a tee.

Along with advertisements, social media platforms’ algorithms act as a company’s backbone of financial security; the particular secrets and code of each algorithm are essential to the platform’s success of retaining their userbase’s attention.

Commonly, social media users colloquially share with friends what “their algorithm” showed them on a particular platform, creating a personification of the algorithm, almost as if it is a being that you know nothing about internally. In actuality, the algorithm knows you and your behavior and beliefs on a deeply intimate, data-driven level.

Offering for the Twitter algorithm to be observed by the public is a fascinating move. I don’t know how or what makes these algorithms work; they are largely shrouded in mystery much like the scientific jargon gatekeeping lay people from understanding particular terminology.

Just look at any Senate hearing regarding Big Tech, where Zuckerberg and Dorsey (and now Musk!) and the rest of Silicon Valley must Kidz Bop-ify the complexity of what social media platforms actually do. The gap in understanding each Senator has made them ask questions that may not even matter. This is why you see politicians and other leaders supporting tech like Elizabeth Holmes’s Theranos, when what was promised — revolutionary blood sampling technology — was a failure due to lies and the technology never actually being successfully invented. People don’t even know what to ask because the outside doesn’t see how it works. I certainly don’t. But I would like to. If we can’t see behind Oz’s curtain, then how will we know what’s really going on in the production?

We need more trust in our world, especially in the realm of social platforms. In a TED talk in April, Musk said the “open source method would be better than ‘having tweets sort of be mysteriously promoted and demoted with no insight into what’s going on.’” Something that Instagram did years ago was remove the timeline of posts to capitalize on this mysterious gray space of scattered timelines that social media algorithms thrive in.

If Elon is true to his word here, the change would allow users to see the code showing how certain posts come up in their timelines. While this increased transparency would not prevent particular posts from coming up, the endeavor would be sure to provide information regarding how and why such a post or advertisement was shown to them. Part of the reason Big Tech’s algorithms work so well is because they are not open source. It’s like Oz is trying to pull back the curtain and move the whole operation to a public square. I argue that such transparency is necessary to cultivate trust on social platforms between companies and users. Establishing a lay understanding would benefit all users by being able to know how their behavior, experience, and information might be being influenced.

Entertain the idea of such a right being necessary in laws of the future where transparency could become a way to gain the trust of users and detoxify some problems that currently plague social media platforms. Such a specificity is the authentication of all humans and the elimination of spam accounts across Twitter. Tech precedents could be set here to ensure a difference to how we proceed with transparency and safety.

Imagine never having to interact with a bot or spam account. Imagine the guaranteed certainty of human interaction on social platforms. In part, what creates distrust is not knowing this certainty, although particular social media platforms like Reddit thrive on the perk of anonymity in the digital space. Anonymity is something that attracts people to some social media platforms in that they can share their opinions and thoughts without the baggage of identity. I imagine one could become verified as human while retaining anonymity, however.

Some concerns have been raised regarding Musk’s tweet that read: “I hope that even my worst critics remain on Twitter, because that is what free speech means”. It’s a statement aimed at Trump (who may not be such a critic of Musk now), whose account was permanently suspended after Twitter released a statement following the events of the Jan. 6 capital attack: “After close review of recent Tweets from the @realDonaldTrump account and the context around them we have permanently suspended the account due to the risk of further incitement of violence,” Twitter’s official “Safety” account tweeted.

Those who have supported Trump’s ban are concerned by the implication behind Musk’s statements: foreshadowing the potential return of Trump to Twitter, along with others that may drive hate and misinformation.

The Daily Mail reported a group of 26 activist organizations and NGOs signed a letter to companies who advertise on Twitter, warning them to reconsider if Musk makes changes. “George Soros, Clinton, and Obama staffers and European governments,” the Daily Mail writes, “are behind the anti-Musk campaign, after Elon demanded to know ‘who funds these organizations?” The letter contains a series of edicts considered non-negotiable, with the opening stating, “Musk intends to steamroll those safeguards and provide a megaphone to extremists who traffic disinformation, hate, and harassment. Under the guise of ‘free speech,’ his vision will silence and endanger marginalized communities, and tear at the fraying fabric of democracy.”

The organizations’ desires comprise keeping accounts including those of public figures and politicians that were removed for egregious violations of Twitter Rules – such as harassment, violence, and hateful conduct – off the platform, along with a call to ensure algorithmic transparency and accountability, and to preserve people’s privacy and commit to depolarizing the algorithm. They express to these brands that “under Musk’s management, Twitter risks becoming a cesspool of misinformation.”

Clearly, the state of affairs in recent years has massively complicated the power and influence that social platforms have, and in my eyes, much of it has run rampant.

I recognize the concerns these organizations are raising, and although I support Musk’s endeavors, I will say I am hesitant to expect the chaotic return of exiled users to be a great thing. But perhaps they will be able to do things better over the course of these next years, as Musk has expressed his desire to return Twitter to public status within that time, ensuring that while the platform will ‘always be free for casual users,” he is considering implementing a “slight cost for commercial and government users.”

It seems to me that through these sorts of changes, Elon is looking to dig deep into revitalizing how we cultivate trust, authenticity, and transparency within our social media platforms. We certainly need a reevaluation.

In a Tweeted section of Musk’s statement following the buyout, he wrote “Free speech is the bedrock of a functioning democracy, and Twitter is the digital town square where matters vital to the future of humanity are debated.” Even though his vision for preserving free speech continues to create firestorms of controversy, I feel that this move of acquiring Twitter will undoubtedly influence the evolving landscape of social media — and hopefully change matters for the better. One thing is for certain: Musk is rolling deep into his bet for Twitter’s future potential. And I just may become a Twitter user again because of it.

The Carroll News allows comments on articles to foster healthy, thought-provoking discussion. Comments are expected to adhere to our standards and to be respectful and constructive. As such, we do not permit the use of profanity, foul language, personal attacks, or the use of language that might be interpreted as libelous. Comments are reviewed and must be approved by a moderator to ensure that they meet these standards.
All The Carroll News Picks Reader Picks Sort: Newest