The case against social media – part 1

Editor’s Note: This is the first part of a two-part series on Social Media. Read the second part in next week’s edition.

“It is not that we have a short space of time, but that we waste much of it.” – Seneca

The Netflix documentary “The Social Dilemma,” directed by Jeff Orlowski, featuring the co-founders for the Center for Humane Technology and former employees from social media companies like Google, Facebook, Instagram and Twitter, accompanied by experts from the field of surveillance capitalism, illustrates how these companies abuse users’ attention.

The documentary is one of the most informative, enlightening and shocking pieces I have ever seen. Daniel Palmer, professor of Computer Science and Mathematics at John Carroll, commented,“

This documentary should be required viewing for everyone, and you should not be able to get access to the internet without first watching it.”

Our modern lifestyle is largely made possible by technology. In this pandemic, computers and software like Zoom enable university students to continue their education without being in a physical classroom. Social media keeps us connected, eradicating the limitations of distance –– that simple goal was clear from their inception. But with this technology, people can isolate themselves from the world, replacing meaningful human connection with addictive tendencies, posing a massive problem for the state of global mental health. A peer reviewed study from 2020 in the American Economic Review found taking just one month off of Facebook led to a significant increase in emotional well-being (including a reduction in loneliness and an increase in happiness), as well as a significant reduction in political polarization.

Further data from the Center raises the alarm on screen use for children: “Preschoolers who use screen-based media for more than one hour each day have been shown to have significantly less development in core brain regions involved in language and literacy. Brain scans indicate that the more time spent on screens, the lower the child’s language skills and the less structural integrity in key brain areas responsible for language.”

We don’t pay for these products, so how do these companies make money? The answer is that we are the product. Instagram runs ads to make profit and wants as much of our attention as possible so that we see these ads. The companies sell our attention, and the advertisers buy it. The entire business model depends on our engagement with the ads on these services.

To make this model possible, companies need to collect enormous amounts of data from us. According to Jeff Seibert, a former Twitter executive who was featured in the documentary, companies have everything they need. “What I want people to know is that everything they’re doing online is being watched, is being tracked, is being measured. Every single action you take is carefully monitored and recorded — exactly what image you look at, for how long you look at it,” Seibert said.

Social media companies use this data to engineer algorithms that further engage us with their content. The algorithm uses this data on an individual level, tracking what we click on in order to predict our behavior. The more we use it, the smarter it gets.

The goal is not to show us what we like, but to increase the chance that we click, look and engage with an ad. This allows algorithms to build a model that predicts what kind of videos will keep us watching, what kind of emotions set us off or where we navigate on the platform.

“It’s not like they’re trying to benefit us,” said Sandy Parakilas, former Facebook Operations Manager, in the documentary. “We’re just zombies, and they want us to look at more ads so they can make more money.”

This model has affected the lives of 2.7 billion users. All in the name of profit.

Tristan Harris, former design ethicist at Google and co-founder of the Center for Humane Technology defined the phenomenon to the filmmakers. “Never before in history have 50 designers — 20-to-35-year-old white guys in California — made decisions that would have an impact on two billion people.”

Over one-third of the world’s population engages in this model of manipulation. Silicon Valley has taken that opportunity and used it to foster some of the most financially successful companies in the world. In 2020, Alphabet (Google), Apple and Facebook ranked among the top five largest companies in the world by market capitalization, according to Statista.

In the documentary, former Facebook President Sean Parker said, “You’re exploiting a vulnerability in human psychology. … The inventors, creators … understood this consciously, and we did it anyway.”

After watching “The Social Dilemma,” I am choosing to abstain from social media, which is the least I can do to put these companies in check. I encourage you to do the same. We often feel that if we leave these platforms we are missing out on connections. But I ask you, is it your choice or the companies’ choice? Call your friends, call your family. That’s what is important to us. For the companies, it’s not about us. It’s about the money and manipulation, and I won’t stand for it.

This column starts the conversation about social media, but it does not encompass the entire issue at hand. There is far more than what I could fit into this column. For further information, visit the Center for Humane Technology’s website. 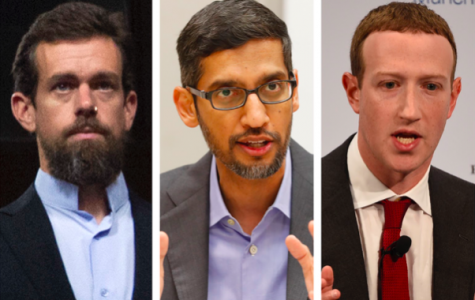 Editor's Note: This is the second part of a two-part series on Social Media. Read the first part here. “As long as social media companies profit from outrage, confusion, addiction and depression, our well-being and democracy will continue to be at risk.” — The Center for Humane Technology It is clear that social media use has negatively impacted our perception of truth and reality. One ...